England’s Autumn Nations Series was one of immense success, with victories over Tonga, Australia and world champions South Africa at Twickenham.

In those three matches, England scored 16 tries, 11 of which came in the 69-3 thumping of Tonga.

The Twickenham crowd were treated to two tries against the Wallabies a week later before three more were scored in the thrilling victory over the Springboks.

With all those tries scored, we have chosen England’s five best tries of the Autumn Nations Series.

Henry Slade put Joe Marchant through a hole in the Springboks defence and the Harlequins utility back was able to find Quirke 30 metres from the line.

The scrum-half had plenty of work to do with François Steyn hot on his tail but the 20-year-old had the wheels to run in a try on just his second cap. 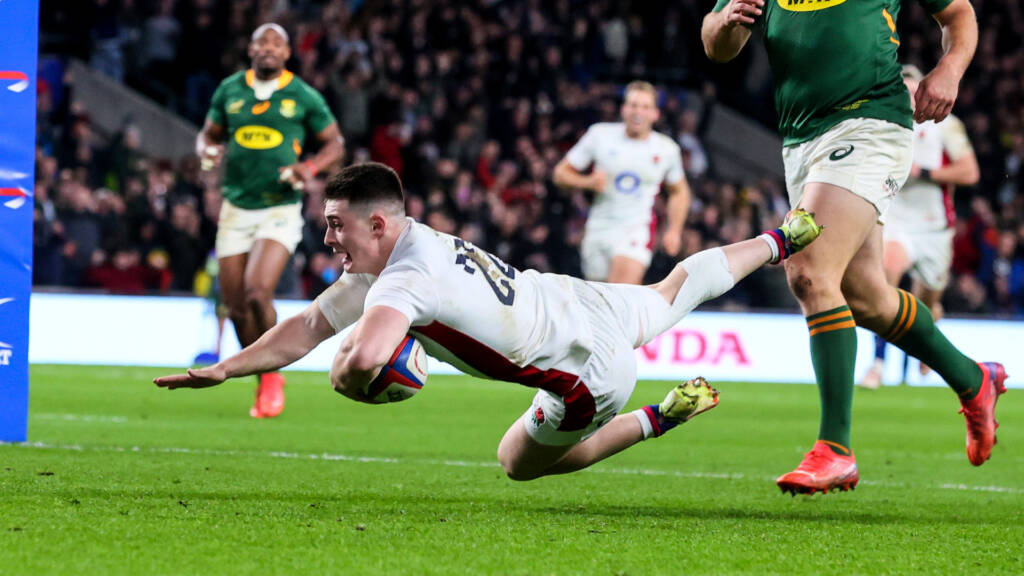 Jamie Blamire’s start to international rugby has been nothing short of outstanding and the Australia match was no different.

On just his fourth Test start, Blamire ran in his sixth international try against the Wallabies, and this one was the furthest out.

What we learned from the 2021 Autumn Nations Series

Sam Simmonds intercepted a stray ball after Len Ikitau had dropped a Tolu Latu pass and sprinted clear to create a two-on-one scenario, and Simmonds passed inside to Blamire who ran in his sixth Test try from almost inside his own half. 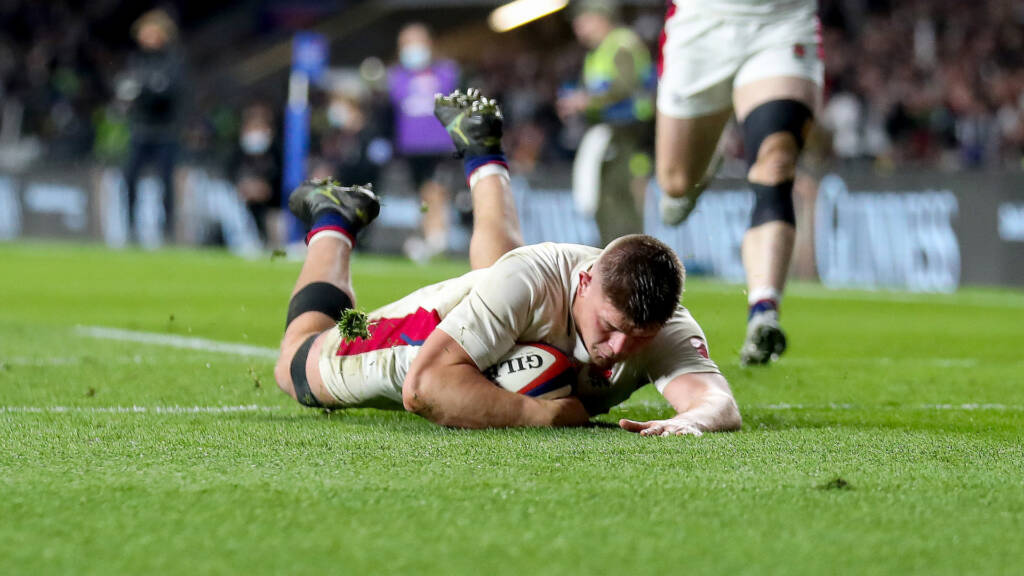 Courtney Lawes put Ellis Genge through a gap with a slick inside ball, before Genge went on one of his trademark ‘baby rhino’ runs to put England deep inside the Tonga 22.

The prop was able to offload and find the onrushing Itoje, who dotted down despite four Tonga players clinging onto him as England ran riot at Twickenham.

One of England’s brightest young talents, Marcus Smith ran in his second Test try in the win over Tonga.

Slade ran through a gap superbly and found Smith on the inside just inside the Tonga half.

With nobody home, Smith was able to comfortably run in England’s ninth try of the afternoon.

Smith’s incredible delayed pass found an onrushing Freddie Steward, who still had a lot of work to do to give England the lead.

The 20-year-old was able to step past a helpless Kurtley Beale and sprint under the posts for a first Test try to move England ahead.