Bryan Habana believes Ireland would have won many new fans with their outstanding performance against New Zealand in the Autumn Nations Series.

Speaking on The Scrum, the Springbok legend hailed the manner in which Andy Farrell’s men took down the All Blacks in front of a raucous crowd of 51,000 at the Aviva Stadium.

Trailing by five points at half-time, tries from Ronan Kelleher and Caelan Doris – following James Lowe’s first-half effort – saw the home side come from behind in Dublin.

Ireland make history again with All Blacks victory in Dublin

Joey Carbery also added three nerveless penalties from the tee to hand Ireland their third win over New Zealand in five Tests as they repeated their famous 2018 triumph.

And having described the game as one of the best he has seen in the last couple of years, Habana was full of praise for the way Ireland executed their game plan.

“We probably saw one of the matches of the last two years,” he said. 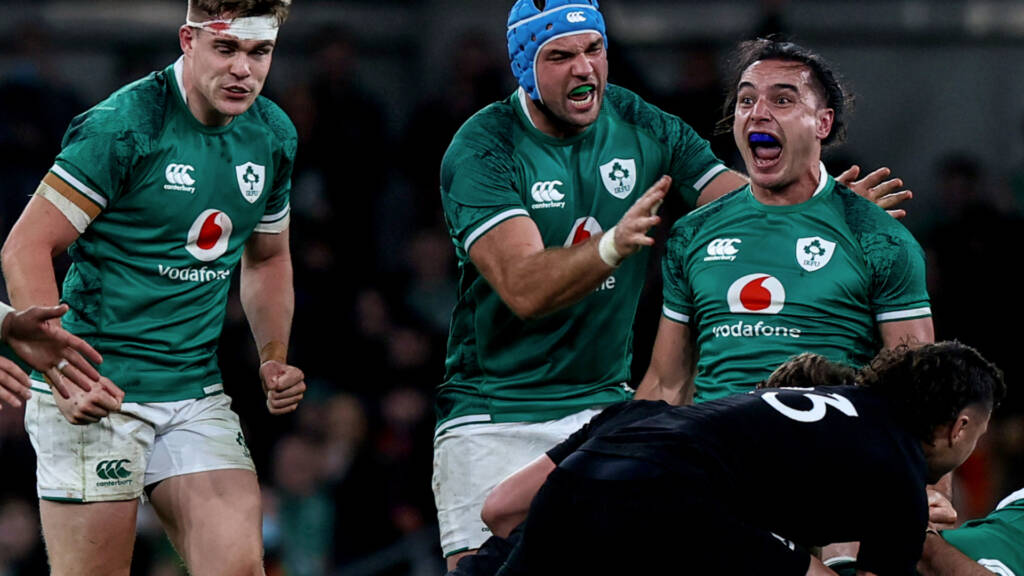 “It was an absolute classic. Ireland’s seventh win in a row and how inspiring was it to see the men in emerald green both on attack and defence play such a brand a rugby.

“That [performance] would not have only won many new fans to the game but made those enthusiastic supporters of old so grateful about where the game currently is.

“I think for me it was all epitomised by that individual brilliance of Caelan Doris, scoring a wonderful try but also having a Player of the Match performance.

All the lineups for Autumn Nations Series Week 4

“James Lowe as well on attack, on defence, was phenomenal. Scoring tries, making the last, biggest tackle on Rieko Ioane for Peter O’Mahony to come in, make the steal and get the penalty.

“Then for the cool head that is Joey Carbery to get a three-pointer that gave Ireland that buffer that was needed to beat the No.1 team in the world.

“And we talk about atmosphere but I can only imagine how incredibly amazing it must have been to be at the Aviva, Irish fans going off the charts in Dublin on Saturday night.”