Ireland flanker Caelan Doris hailed the impact of a full Aviva Stadium as they roared their way past New Zealand 29-20 to secure a statement Autumn Nations Series win.

Down by five at half time, Andy Farrell’s side fought their way back into the contest, taking the lead thanks to second-half scores from Ronan Kelleher and Doris.

Ireland make history again in Dublin against All Blacks

Will Jordan’s stunning score for New Zealand reduced Ireland’s lead to three with 10 minutes left, but three coolly slotted penalties from substitute fly-half Joey Carbery were enough to give the hosts the win.

And Player of the Match Doris admitted having the Aviva Stadium rocking with 51,000 fans back in the stands for the first time since pre-COVID gave Ireland a real boost when they needed to dig deep. 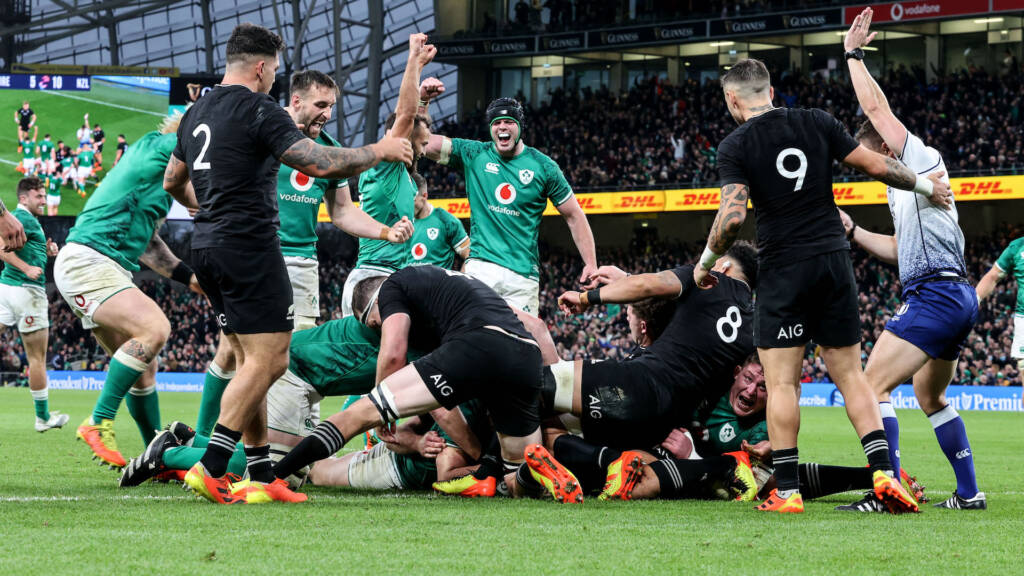 “I think we certainly did dig deep,” said Doris.

“It was an incredibly tough shift. New Zealand really stuck in for the full 80 minutes and we knew it was going to take an 80-minute performance from us.

“It’s such a special feeling now having a full crowd back, having my parents, my friends, it’s unbelievable.

“We could hear the crowd throughout the game and it gave us such a lift throughout. It’s a really special feeling.

“It’s incredibly special, especially having a full crowd here – we’ve missed them for so long now. It’s such a special feeling having them back.” 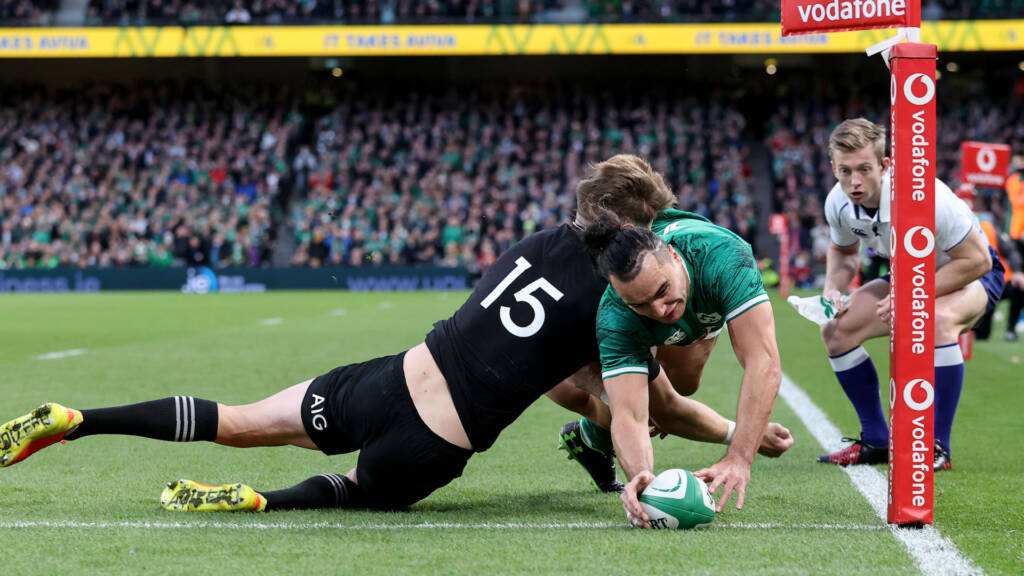 Ireland’s win over New Zealand is now their seventh consecutive win under Andy Farrell, proving they are an international Test side not to be underestimated.

And Doris also said that while they need to keep moving forward, the whole Ireland squad is having fun playing an attacking brand of rugby.

“We’re a kind of multi-threat attack and it’s working well for us. We’ll continue to develop it and it’s going in the right direction anyway.”