The southern hemisphere sides finished the Autumn Nations Series on top after taking the final two wins in Round 4.

Australia pulled off a remarkable comeback to stun Wales in Cardiff on Saturday before Jacques Nienaber’s South Africa outlasted England at Twickenham later that afternoon.

So what did we learn from the final flourish this weekend?

You could have been forgiven for thinking England’s daredevil comeback in the last nine minutes against New Zealand was the best you would see this Autumn Nations Series.

However, Dave Rennie’s Australia raised the bar again in Round 4 after mounting an incredible rearguard action to snap their three-game losing streak against Wales.

Wayne Pivac’s men looked to be cruising towards a much-needed victory when they led 34-13 after 52 minutes at Principality Stadium.

But Australia fought back when seemingly down and out, capitalising on Wales going down to 14 and then 13 men to come back and score 26 unanswered points, stunning the home crowd into silence.

Replacement hooker Lachlan Lonergan got the decisive score two minutes from time to seal an incredible 39-34 win, proving exactly why fans should stay glued to the TV until the final whistle during the Autumn Nations Series.

⌚️Striking the ideal moment to cross the line to secure the comeback and the victory for the Wallabies in Cardiff 🙌@Breitling #MissionAccomplished #Breitling pic.twitter.com/baWhxxRpdl

Australia are made of stern stuff

Plenty of sides would have rolled over when facing a 21-point deficit with 28 minutes to play away from home in the cauldron that is Principality Stadium.

When you take into consideration that Australia were bereft of many injured stars, the likes of Nic White and Michael Hooper had already returned Down Under before their final game, and it beggars belief that the Wallabies were able to muster the resolve to turn things around in the Welsh capital. 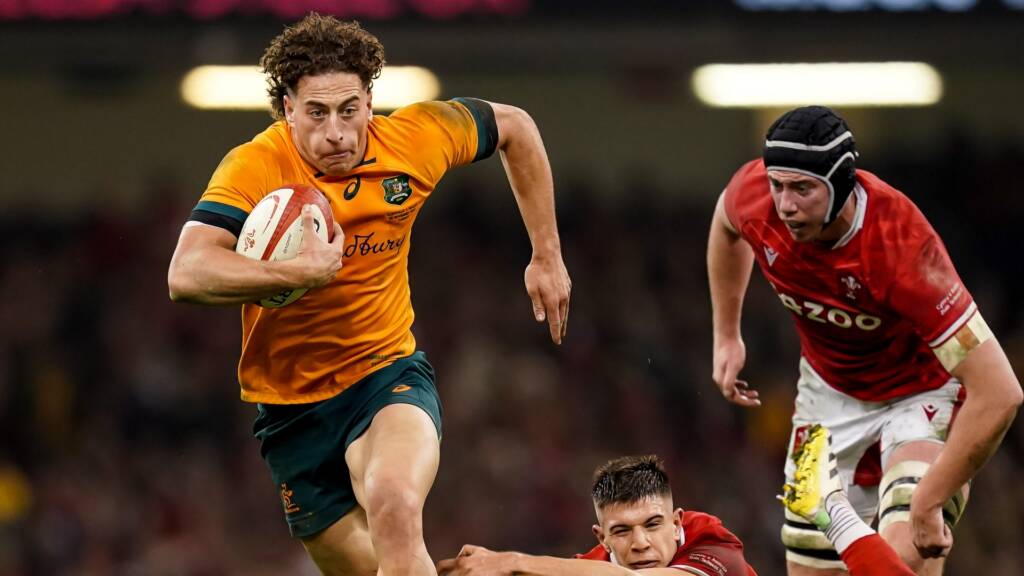 Australia brought the curtain down on a gruelling Autumn Nations Series with a rare high point to soften the pain of previous defeats.

Rennie’s side started their European odyssey with a one-point victory over Scotland five weeks ago but went on to lose by the same margin in successive weeks to France and Italy.

Another tight one went against them in Ireland, so it was a brilliant effort to upset the odds and emerge victorious from Cardiff when their backs were firmly against the wall.

Wales have plenty of questions to answer

Both teams really needed to win but the fact Wales should really have done so at a canter will ultimately make their defeat sting even more.

Everything went perfectly for Wayne Pivac, who handed inside centre Joe Hawkins his Test debut, for about an hour but things unravelled very quickly as the New Zealander watched on with gritted teeth.

The passionate Wales fans were desperate to see their side rebound in style after an unprecedented defeat to Georgia in Round 3 and they did three-quarters of a very good job.

Jac Morgan has arguably been Wales’ standout player from the past few weeks and found the scoresheet again against Australia, making over 100 metres for his side with some terrific carries.

He was just as influential in defence, putting in 11 tackles and missing none – a back row which comprises Morgan, Justin Tipuric and Taulupe Faletau can be as good as any on their day but the rest of the side will need to fire too.

Rio Dyer got his second try of the month and Hawkins gave an assured display on his first outing in the senior red shirt.

There were plenty of positives, but ultimately it is a results business, and the demand is growing for a marked improvement on that front.

How Wales go about achieving that remains Pivac’s problem to solve.

Many suggested England’s inspiring final ten against the All Blacks at Twickenham was the start of something special.

However, the slow start that preceded it appears to be more typical of Eddie Jones’ side as they again struggled to go through the gears against a Springboks side shorn of seven of its frontline stars.

England never got close to showing their free-scoring best form against the world champions, losing the physical battle and failing to establishing a stranglehold on a game that slowly slipped away from them.

Henry Slade’s well-taken try threatened to spark another bewildering fightback, but this time common sense prevailed and South Africa held on for a thoroughly deserved 27-13 victory.

England must improve to compete for Guinness Six Nations title

England head coach Eddie Jones welcomed the responsibility for England’s defeat at Twickenham and it is up to the Australian to turn things around with the Guinness Six Nations not far away in 2023.

England have won one Grand Slam in 19 years which cannot be seen as a good enough return for one of the sport’s traditional powerhouses. 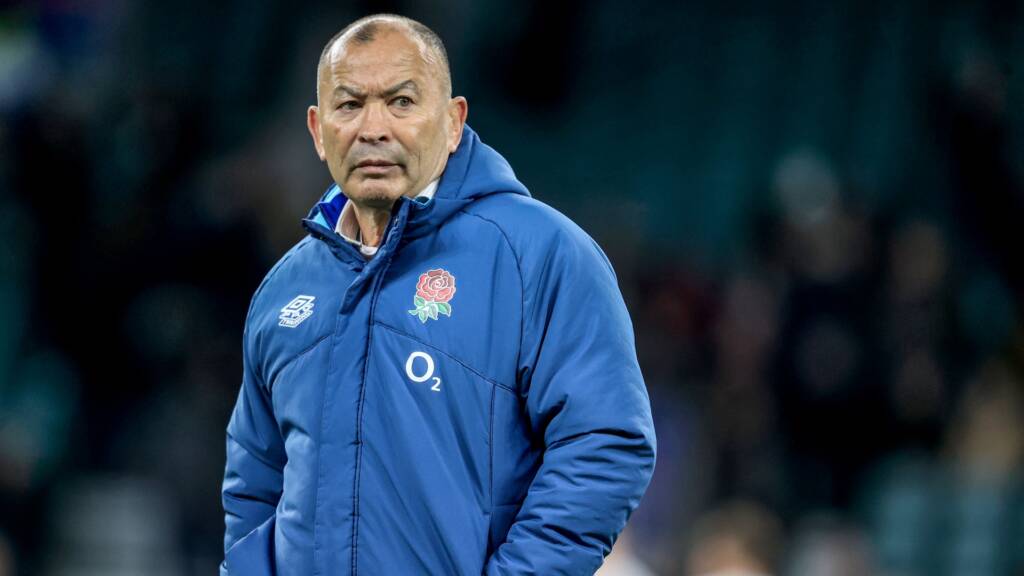 An Autumn Nations Series that was bookended by defeats to Argentina and South Africa and featured a sole win over Japan plus that comeback draw over New Zealand has been termed “disappointing” by the RFU.

However, if Jones can get the best out of his undoubtedly talented playing group and threaten for the title come March, then it would put the 2003 World Cup winners on a productive path as they bid to make the latter stages of the Rugby World Cup in France.

The main similarity from the 2019 World Cup final and this Autumn Nations Series clash was that England never really looked like beating South Africa.

Renowned for their thunderous pack, South Africa delivered in style, bossing the set-piece emphatically at Twickenham.

Kurt-Lee Arendse is a superstar 🌟

Forwards coach Matt Proudfoot swapped camps after Japan three years ago but even though England copied their opponents’ tactics by changing the entire front row at half-time, it was the original Bomb Squad that reigned supreme.

With several players unavailable for this fixture, Nienaber’s side showed encouraging depth as they look to replicate New Zealand’s feat in 2015 by retaining their World Cup title in France next year.