Wales led 12-3 at half-time courtesy of two Jac Morgan tries, but Georgia were sensational in the second half and through Sandro Todua’s try and Luka Matkava’s long-distance penalty, the Lelos defeated Wayne Pivac’s men for the first time in their history.

It was a largely dominant performance from the Georgian forward pack, winning four consecutive scrum penalties in the final ten minutes to seal a famous victory.

It comes after they defeated Italy earlier on in the year and after defeating two tier one nations in the space of six months, Sharikadze was understandably delighted, but admitted there was a long way to go for Georgia to reach the levels they want to.

He said: “We did it, didn’t we! This is the second time this year we have beaten a tier one team and this is dedicated to out supporters, we have massive respect for our supporters, thanks to all of them for coming.

“Obviously we are not world champions, there is a long, long, long way to go, but it is a real honour to make history today, and we did that against Italy and then again against Wales, this is crazy, it is amazing.

“Obviously we won against Wales, who are one of the best teams in the world.

“I don’t need to speak about how big Wales are and then we beat Italy who beat Wales and then Australia, so it is crazy.” 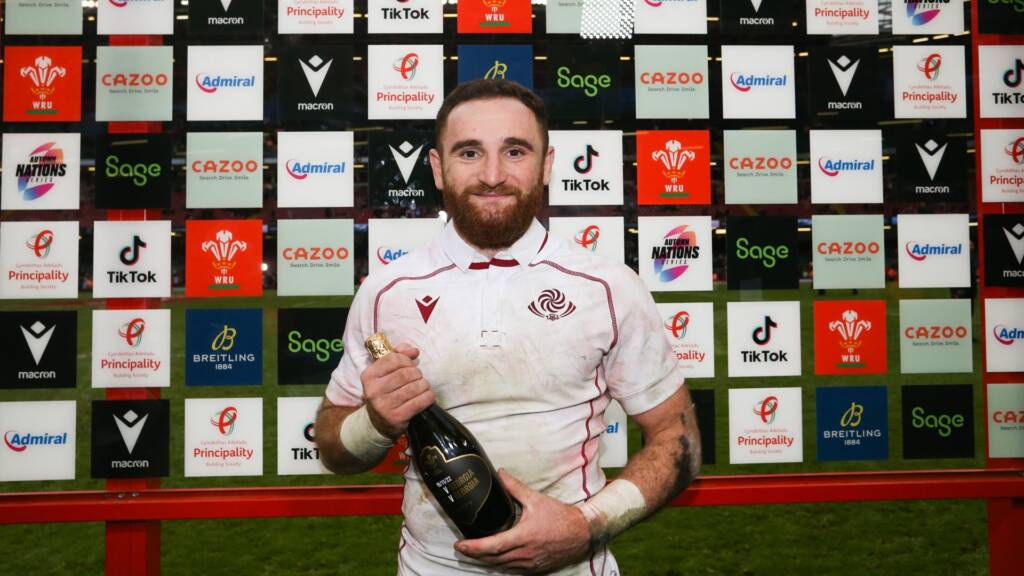 Player of the match Vasil Lobzhanidze echoed the thoughts of his captain, speaking about what a proud day it was for his nation and the belief they now have heading into a Rugby World Cup year.

“I feel very proud of this Georgia team and a big thank you to all the Georgian people that came over to support us,” he said.

“I just feel very, very proud, we all believed that we can win, from the first minute to the last minute and we made history here – we won against Italy earlier and now we have won against Wales, so we are just so, so happy and so proud of ourselves.”