Italy host South Africa in Genoa looking to continue their impressive form after an historic victory over Australia.

The Azzurri have been victorious in both of their matches of the Autumn Nations Series, defeating Samoa 49-17 and the Wallabies 28-27 and now will be hoping for a repeat of their famous 2016 victory over the Springboks.

Meanwhile, it has been a tough Autumn Nations Series so far for South Africa, falling to a 19-16 defeat against Ireland before a second narrow defeat against France.

It is the final game of the Autumn Nations Series for Italy, and they will be desperate to hold on for a clean sweep.

Kieran Crowley has made two changes to Italy’s front row ahead of the Azzurri’s clash with South Africa.

Looking to win all three Autumn Nations Series matches after victories over Samoa and Australia, Crowley has altered the front row in preparation of a visit of the famous Springboks ‘bomb squad’.

Danilo Fischetti remains at loosehead, joined by Giacomo Nicotera and Pietro Ceccarelli at hooker and tighthead respectively, which sees Gianmarco Lucchesi and Simone Ferrari drop to the bench.

The rest of the pack remains the same, with Niccolò Cannone and brother Lorenzo starting in the second row and at No.8 respectively.

The backline is completely unchanged, with Tommy Allan, a late replacement for Paolo Garbisi last week, and Stephen Varney forming the half-backs, and Luca Morisi and Juan Ignacio Brex combining for the third consecutive match in the centres.

The back three is again an exciting combination of try scorers against the Wallabies Ange Capuozzo and Pierre Bruno, who are joined by Monty Ioane on the wing.

Alessandro Garbisi could earn just his third cap off the bench, while the only change on the bench sees Manuel Zuliani replace Toa Halafihi. 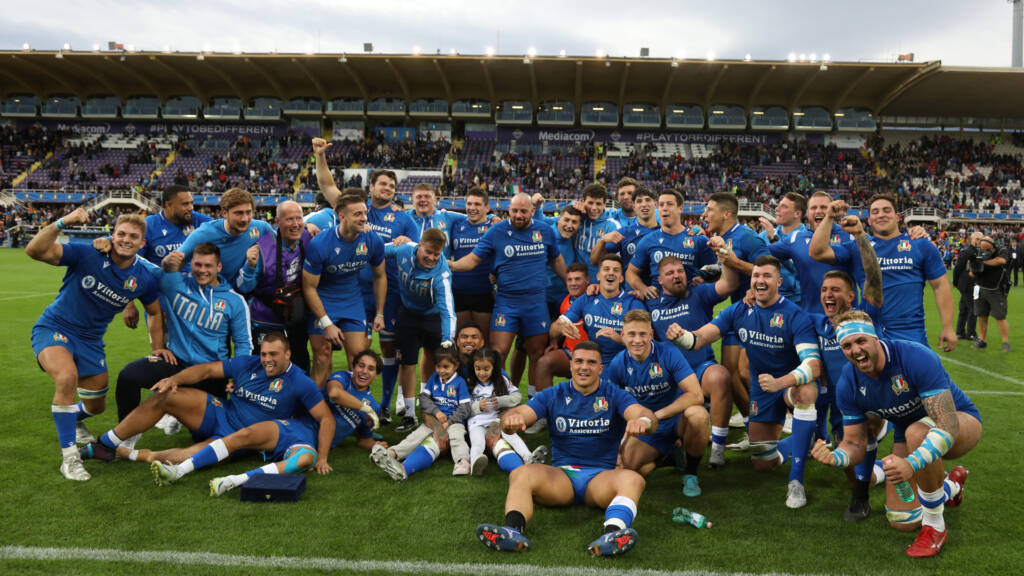 Crowley said: “We achieved a historic result against Australia, but we are not satisfied.

“The following day the focus shifted immediately to South Africa.

“It will be a very intense match from a physical point of view, we have studied our opponents and prepared our commitment in the best possible way – let’s continue on this path and show that we are competitive in every match.”

Jasper Wiese returns to the South Africa side for their clash with unbeaten Italy in Genoa as Jacques Nienaber makes four changes from the side that lost to France.

Wiese was a late withdrawal from the Springboks’ 30-26 defeat in Marseille, and he will replace Kwagga Smith who drops to the bench.

There is a brand new second row pairing, with Salman Moerat and Marvin Orie coming into the side for their third and ninth cap respectively, with Lood de Jager returning home with a shoulder injury and Eben Etzebeth dropped to the bench.

Franco Mostert moves from lock to flanker after Pieter-Steph du Toit was sent off at the Stade Vélodrome and awaits his disciplinary hearing.

In the backline, Andre Esterhuizen starts at inside centre, with Damian de Allende shifting to outside centre in place of Jesse Kriel.

On the bench, there is a six-two split, with No.8 Evan Roos and Manie Libbok set to win just their second caps off the bench, joining Etzebeth, Smith and Cobus Reinach.

The Springboks ‘bomb squad’ this week is made up Malcom Marx, Steven Kitshoff and Vincent Koch. 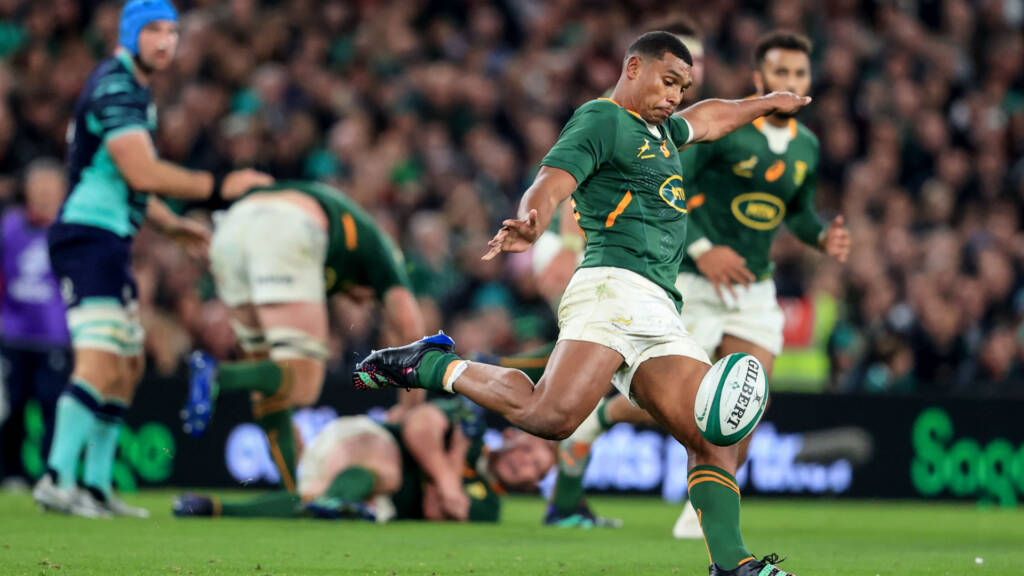 Nienaber said: “Italy’s victory against Australia will boost their confidence immensely going into this match, and we are expecting them to draw a lot of energy from their home crowd.

“They defeated Wales away in the Six Nations and tested Scotland as well, so we are under no illusions as to the challenge that lies ahead. Italy have shown before what a force they can be at home by defeating the Boks 20-18 in Florence, and they will draw confidence from that as well.

“Their forwards are physical, they have a skilful backline and a good defensive system, and they play with a lot of confidence, so we know what we are in for. We have to deliver a quality performance for the full 80 minutes.

“We believe we are on the right track after coming close against Ireland and France, and if we can produce a strong showing up front and be a little more accurate in our execution, we know we can turn things around on tour.”