Kyle Sinckler is ready for an ‘unbelievably physical’ battle when England welcome the All Blacks to Twickenham on Saturday.

England haven’t faced New Zealand since the 19-7 win in the semi-finals of the 2019 Rugby World Cup, the first time the northern hemisphere side had triumphed in the fixture since 2012.

The Bristol Bears prop has gone head-to-head with the All Blacks five times, winning twice, losing twice and drawing once.

And it was New Zealand’s physical challenge that surprised the 29-year-old the most when he first lined up for the British and Irish Lions in 2017.

“What is interesting about the All Blacks, when people preview the game and watch the All Blacks they see the great play, loads of offloads, a great running game,” said Sinckler. 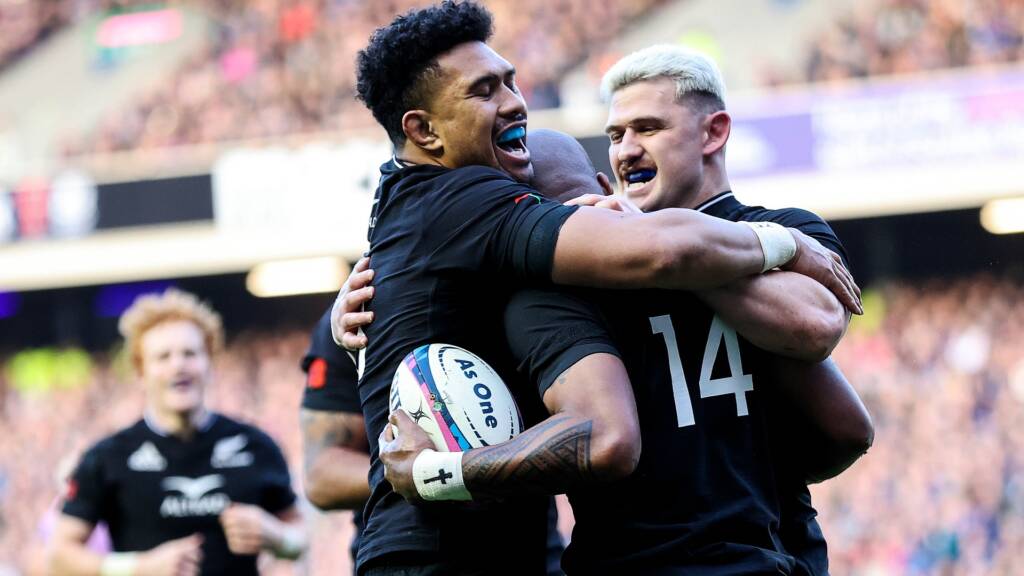 “That was one of the biggest eye-openers for me when I first started playing New Zealand, these guys are really, really physical.

“That’s a sign of a world class team, they can adapt their game to whatever the Test match needs.

“That was a real eye-opener for me in terms of they can do the flashy stuff but the nuts and bolts of their game was very impressive.”

And Sinckler is expecting much of the same on Saturday, especially after seeing New Zealand’s imposing display in the 55-23 victory over Wales two weeks ago.

“You’ve always watched the All Blacks, the haka, and how special it is,” said Sinckler “They have really been the standard setters for rugby and for sport really.

“Their win percentage is ridiculous, and it looks like they are in form. Their performance against Wales was unbelievable.

“The way their forwards fronted up and carried was amazing. Aaron Smith is world class as we know so it’s going to be a good game.

“I’ve obviously played against the All Blacks quite a few times so it’ll be a good test to see where we’re at.”

Sinckler’s coach Eddie Jones called on his team to defy history at HQ at the weekend and back up the comfortable 52-13 win over Japan in Round 2.

“The game has been going for 150 years. England have won [19%] of Tests against New Zealand. So there’s a narrative that says England can’t beat New Zealand,” said Jones.

“In the 2019 World Cup we showed that if you get the right attitude, the right game plan, then history can be broken.

“They’re in a re-development period but it’s a massive opportunity for an England player. We’re looking forward to that opportunity.

“It’s not mission impossible. If we go after them then they’re there for the taking and we’re going to go after them.”