From a smirking Owen Farrell to an unstoppable Jonah Lomu, England and New Zealand have served up some of rugby’s greatest sights down the years.

The pair meet for the first time since their 2019 World Cup semi-final epic on Saturday, 10 years on from one of England’s greatest days when Stuart Lancaster’s side demolished the world champions at a rejoicing Twickenham.

Victories have been hard to come by for England since then, but for that memorable night in Yokohama. In fact, they have won just eight of 42 matches since their first clash back in 1905.

Here, ahead of their latest duel, we look back at five of their best showdowns.

His dad's move to Rugby Union 🏉
Leadership qualities & learning 👊@owen_faz opens up on a host of subjects in the latest episode of the England Rugby Podcast: O2 Inside Line 🎧

A classic best remembered for the first sending off in international rugby, New Zealand triumphed on their first ever visit to Twickenham nearly a century ago.

The match was the penultimate Test in a gruelling four-month, 28-game tour of Britain and Ireland, with New Zealand needing victory to preserve their ‘Invincibles’ tag.

The Original All Blacks had come unstuck against Wales 20 years previously but there was to be no blot in the history books this time.

Power Rankings after Round 2 of the Autumn Nations Series

After a violent start to the game, Cyril Brownlie was dismissed for a stamp on a prone England player, reducing a record crowd of 60,000 to stunned silence as the flanker trudged off the field.

England capitalised on their advantage initially, taking the lead through Ron Cove-Smith on 17 minutes but trailed 9-3 at half-time after tries from Snowy Svenson and John Steel.

The visitors extended their advantage after the interval through Maurice Brownlie and James Parker before a consolation arrived for England courtesy of Harold Kittermaster.

Such was the ferocity of the game that England prop Ronnie Hillard, who won his first cap that day, retired after the match, lamenting the aggression on show.

Kyle Sinckler knows the All Blacks will present an all-round challenge for England this Saturday. #AutumnNationsSeries | #ENGvNZL

England and New Zealand met at three World Cups throughout the 1990s, with the relentless Lomu the difference-maker in the latter two fixtures.

The budding superstar was only a year into his international career when he arrived at Newlands for the World Cup semi-final in 1995, but over the course of 80 minutes he ensured his status as one of rugby’s all-time greats.

Standing at 6ft5, Lomu probably felt just as wide to Mike Catt who was powerless to stop the winger as he ran over the England full-back on the way scoring his first after just four minutes.

That set the tone for a relentless first-half display which saw New Zealand 25 points up in as many minutes.

Described post-match by Will Carling as “a freak”, Lomu completed his hat-trick shortly after the break and then became the first player to score four against England since Maurice Richards for Wales in 1969. 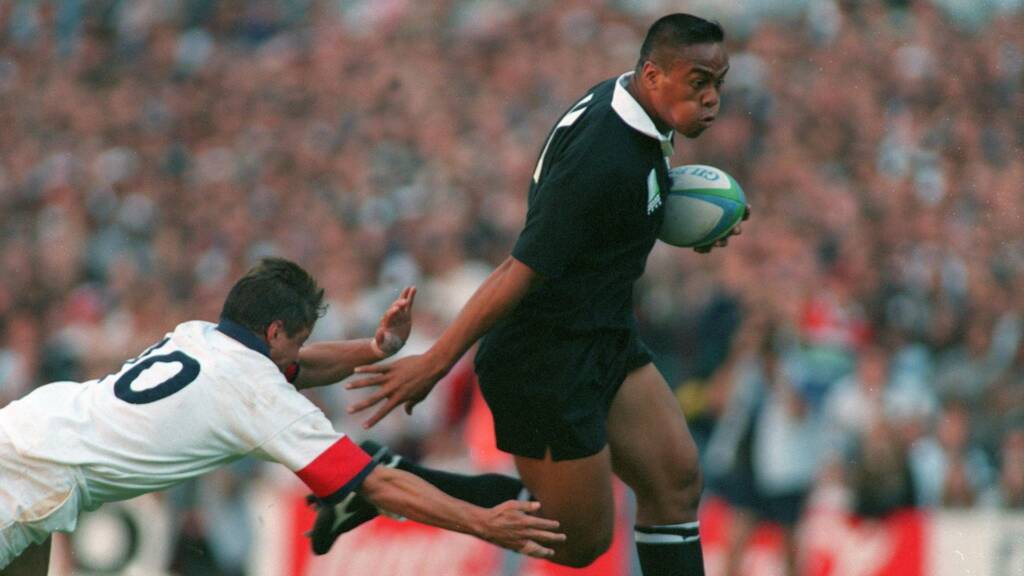 England’s 2003 World Cup credentials were never in doubt after a brilliant win in New Zealand and their first there for 30 years.

All 15 of England’s points arrived via the boot of Jonny Wilkinson, who was not even on kicking duties when England lost 64-22 to their hosts just five years previously.

But it was England’s defensive discipline that eventually got them over the line, holding firm despite losing Neil Back and Lawrence Dallaglio to the sin-bin in the second half.

The All Blacks gave themselves hope 18 minutes from time when Doug Howlett latched onto Carlos Spencer’s kick but a Spencer miss from the tee just a couple of minutes later cost the home side dear as England held on for a famous win, including defending a five-metre scrum while down to 13 men.

Victory stretched their winning run to a then record 12 matches, laying the foundations for their World Cup success just a few months later. 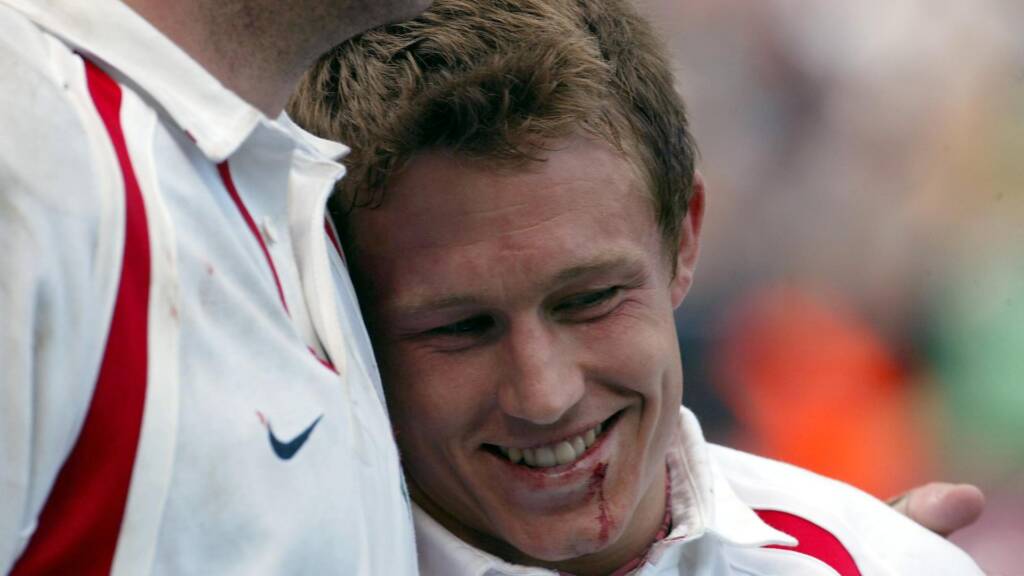 The All Blacks arrived at Twickenham undefeated in their previous 20 contests, but they were no match for England who achieved the biggest-ever win over the men in black.

A 21-year-old Farrell kicked England into a 15-0 lead after 42 minutes before tries from Julian Savea and Kieran Read made things interesting, with England just a point ahead.

Nobody in attendance at Twickenham could have predicted what followed, nor would they forget the eight-minute spell which saw England cross on three occasions.

Savea crossed again five minutes from time but that mattered little on this much-celebrated cold December day, with the full match replay soon a popular stocking filler that Christmas and for many to follow. 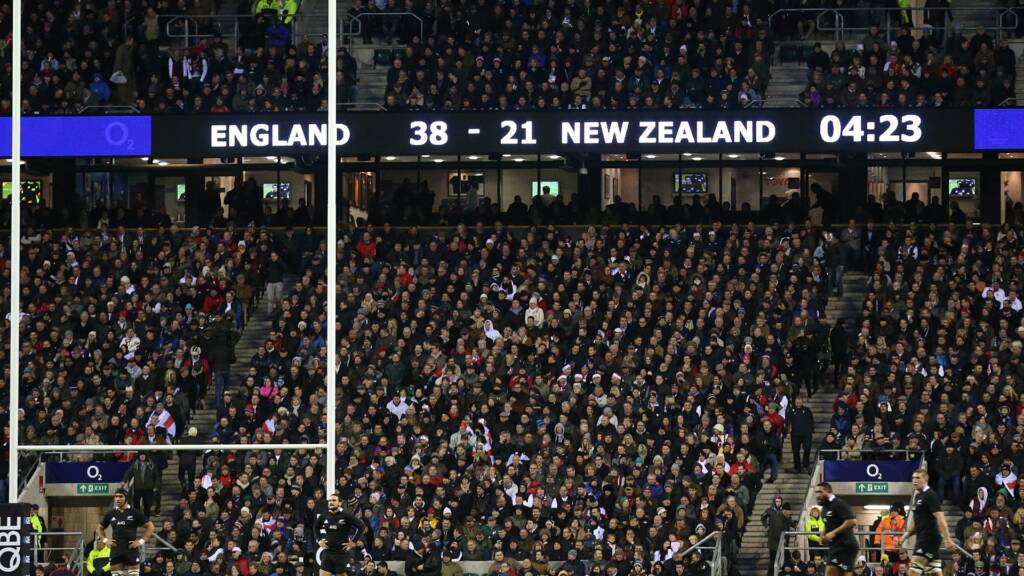 England’s first-ever World Cup win over New Zealand and the All Blacks’ first tournament defeat in 12 years could well be remembered as Eddie Jones’ best outing as England head coach.

Much like the 2012 victory, England were irresistible from the off and raced into a 10-0 lead with George Ford perfect from the tee after Manu Tuilagi’s second-minute score.

England very nearly ran rampant but were denied further scores when Sam Underhill and Ben Youngs were had tries ruled out by the video referee.

Ardie Savea crossed to make things interesting at 13-7, before Ford kicked England out of sight and into their third World Cup final.

A portion of that history-making side remain a part of the squad today, namely Farrell, Youngs, Tuilagi, Maro Itoje and Billy Vunipola and they will be key if Jones is to record his seventh win as coach over the All Blacks on Saturday.