For the 2022 Autumn Nations Series, tournament organisers Six Nations Rugby, wanted to frame the series through the eyes of a new audience and bring to life the rugby action as we have not seen it before.

This is all part of the efforts to showcase the game through different perspectives and capture the colour originality that is so unique to the Autumn Nations Series.

Ezra McYoung could not believe it when he got the call-up to be a part of the photography team.

McYoung, from Rosyth near Dunfermline, picked up photography due to poor exam results and found a new passion.

Now an international professional wedding photographer, the 29-year-old had never attended a rugby match in person, let alone shot one.

That was until the Autumn Nations Series hired him to capture Scotland’s clash with the Flying Fijians in a brand new way. 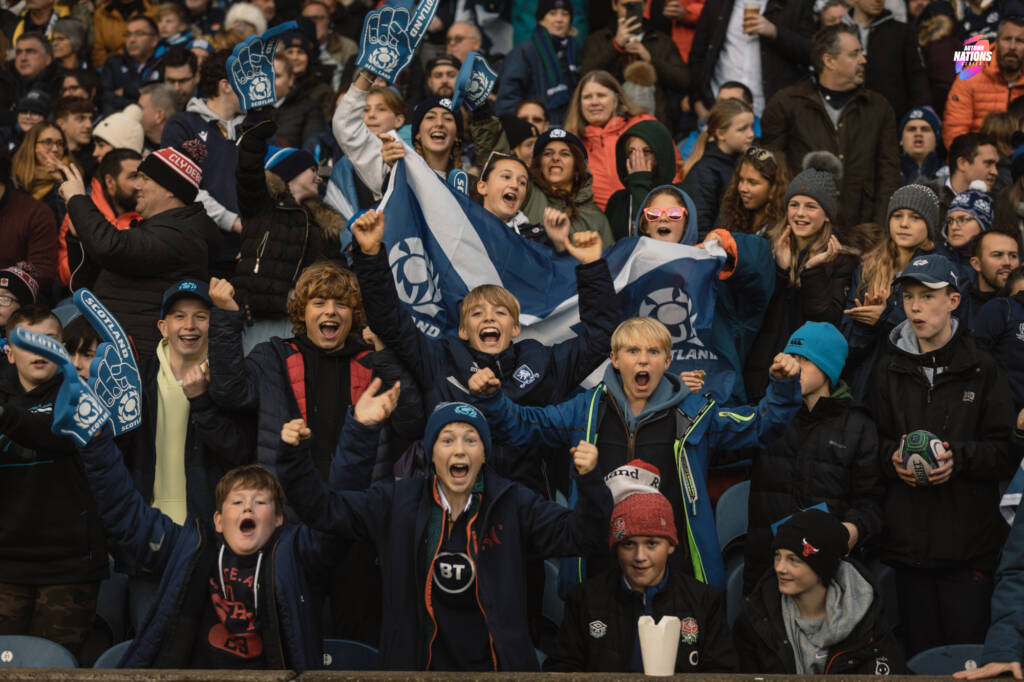 He said: “I had never actually been to an in-person rugby game before, so going to that and not just going but getting to be pitch side and getting a full sense of the atmosphere and the noise of the place, that was crazy good.

“I was amazed with the atmosphere and the family orientated experience, that was nice to see.

“One thing I really loved about this was that if you put a camera on someone at a wedding or in the street they will freak out and turn away from it, but everyone at the rugby game was standing up and screaming and that was such a nice experience.

“I must admit I had such imposter syndrome at the rugby and I have no idea why I was picked, especially as someone who has not really done any sports before, but I’m so thankful I was and I’m very proud of the photos I took and hopefully I will be back as soon as possible.”

@ezramcyoung I took so many photos of fans at the rugby but have no idea how to get the photos to them so here I am, hoping you guys can help🙌 #scotland #rugby #photography #ans #autumnnationsseries ♬ original sound – EZRA📷

Getting to take photos at BT Murrayfield was a boon for McYoung, who is now looking to get involved in as much sport as he can.

And there were two moments in particular he will never forget, with the spine-tingling rendition of Flower of Scotland and his photo of Duhan van der Merwe racing through to score ingrained in his memory.

He added: “That photo of Duhan running up the wing, it is like he is running too fast, his legs are completely blurred, and he has two players chasing him but he is perfectly in focus and straight away I was like ‘that is clean’ and I was so chuffed with it, it was exactly what I wanted to try and capture.

“I don’t have the same equipment as the other professionals there so I thought I need to do something that will stand out and use a slow shutter, because rugby is a crazy fast and chaotic game and I feel like this is a great way to capture it. 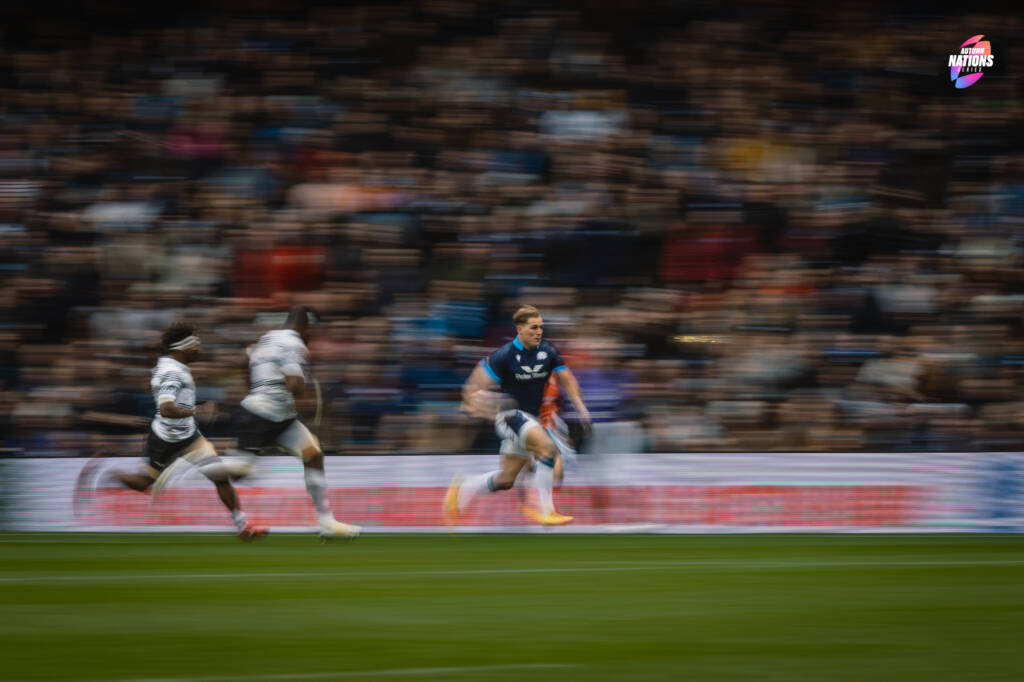 “Another moment I loved, and it is cliché, but when Flower of Scotland played, and at the exact moment when the piper stops playing, the anthem is meant to finish but all the fans continue singing, there is no music and it is just the fans.

“I had my GoPro on and I recorded the audio of when they were singing with the piper and without the piper and it is just goosebumps, it makes you so proud hearing your anthem sung by 50 plus thousand people with no music.

@ezramcyoung Im still in awe of the Scotland v Fiji autumn nations series match on Saturday. That atmosphere was wild. I was told to be creative with my photography and although I don’t have the same lenses at the big boys I had to try something different. #photography #scottishrugby #autumnnationsseries ♬ original sound – EZRA📷

“You hear it on telly, but in person I was like ‘wow this is crazy’, I honestly do not know how the players stay calm, it just gets you so excited and it is a surreal moment to be honest.

“I enjoyed it so much that I would really like to do it more, even outside of rugby, I’m hopefully coming back for the Six Nations at the start of the year.” 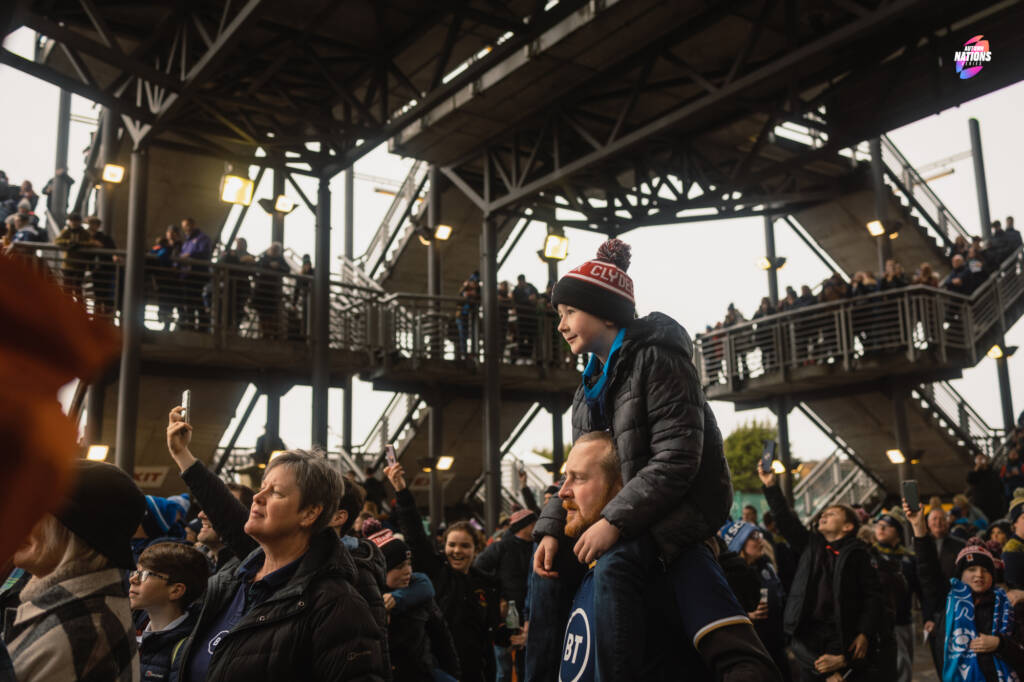 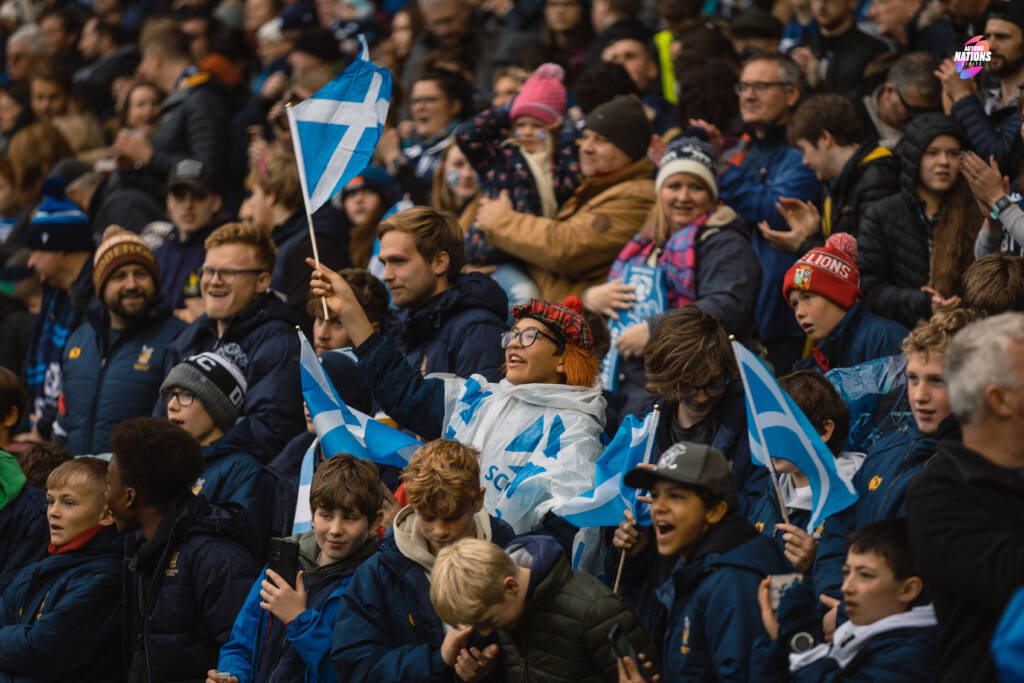