by Alec McQuarrie at Twickenham

A week after blaming himself for the defeat to Argentina, Eddie Jones laid all the praise at the feet of his England team that beat Japan 52-13 at Twickenham.

The combination of scrum-half Jack van Poortvliet, fly-half Marcus Smith and centre Owen Farrell worked a treat as the hosts ran in seven tries against a Japan side that pushed New Zealand so close at the end of October.

Player of the Match Freddie Steward got the ball rolling early on before doubles from Smith and Guy Porter as well as one from Ellis Genge sealed an impressive display.

A penalty try from a driving maul 10 minutes from time highlighted England’s strength at set pieces and Jones was quick to hail the players’ response.

“As I said in the round up after Argentina, the fact that we didn’t play like that against them was my poor coaching,” said Jones.

“So this week it’s not my poor coaching, it’s good play from the players. I thought the players have been outstanding the way they applied themselves.”

Captain Owen Farrell, who was perfect from the tee, added it was a step in the right direction.

“But in terms of intent, in terms of getting the best out of ourselves, I thought that was miles better today.”

Jones picked out Steward for a performance that belied his age, even if there is one aspect of the 21-year-old that causes the former Brave Blossoms coach to bristle.

Jones said: “Freddie, particularly today got a lot of free ball which enabled him to run a little bit more than he usually does. But his kick-catch game was fantastic. 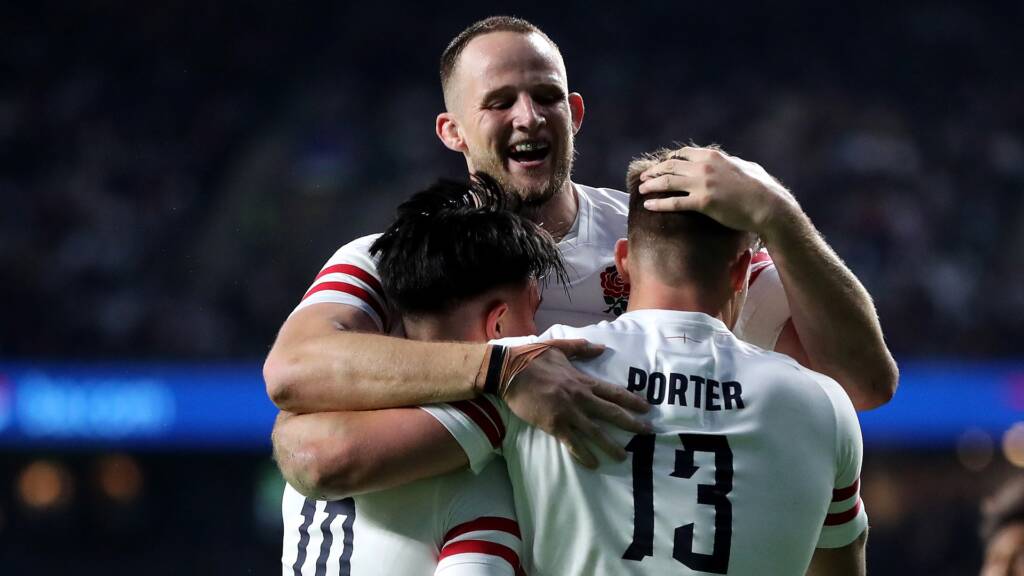 “Some players come through experienced right from the start and other players tend to take longer to mature. But he’s got a good head on him. He doesn’t get too ahead of himself.

“The only flashness you see with him, he’s got this ridiculous little moustache at the moment. So I think we’re going to have to get rid of that for him.”

And addressing the Smith-Farrell axis, Jones said England shouldn’t be permanently wedded to the partnership.

“We think Marcus and Owen can be really good together,” said Jones. “So yes, we really like it but there’s always changes you need to make and we need to be flexible and adaptable.

“This obsession with saying these two need to be 10 and 12 is not the way we really think.”

For Brave Blossoms head coach Jamie Joseph, the key lesson from the game was to improve at set pieces after Japan committed several scrum penalties that proved costly.

“We were playing a very good and experienced forward pack that put us under a lot of pressure and we need to be able to deal with that in every Test match we play.

“Last time when we played the All Blacks we dealt with it well, but this week we didn’t.

“When you don’t, it’s very, very hard to get into the game and create opportunities for your own side.”

And the New Zealand-born coach also said his players learned how to deal with a partisan crowd, having not played a Test match on foreign soil this calendar year.

“I think the atmosphere in the stadium is exhilarating,” said Joseph. “I think it really helps the game and it obviously helped our players a lot.

“We prepared in some ways around showing the players what it was like. But Twickenham is not a place to be scared of.

“And whilst it lifts our team, it obviously lifts the home team here. We got a lesson today and now we understand what it’s like.”