by Paul Eddison in Marseille

It has been more than a year since France last tasted defeat but coach Fabien Galthié admitted that his team had been pushed to their limits against South Africa.

The 30-26 win over the Springboks means that Les Bleus have beaten every team from the Rugby Championship, and every Guinness Six Nations rival, over the space of 13 months.

They have now won 12 successive Test matches, but had to dig incredibly deep against the Springboks. Playing against 14 men from the 12th minute after Pieter-Steph du Toit’s red card, South Africa battled hard, while France also lost a man shortly after half-time when Antoine Dupont was sent off for a dangerous tackle on Cheslin Kolbe.

South Africa took advantage by hitting the front for the first time, and twice led by four points after the break. 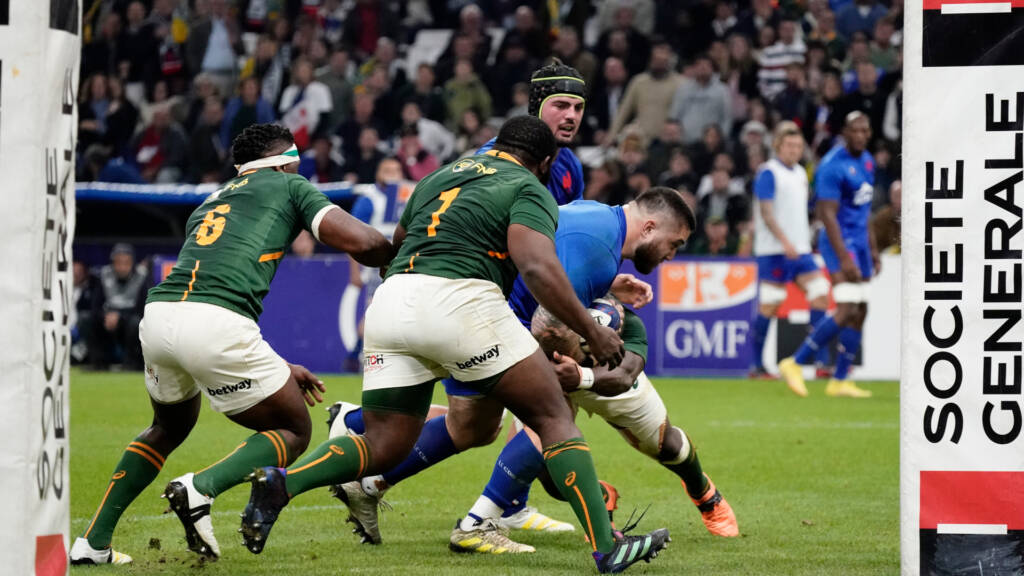 Sipili Falatea’s late score made the difference though, putting France back in front after they managed to get back into the game with 15 minutes to go.

And for Galthié, it was a case of his team simply refusing to be beaten against one of the best sides in the world.

Asked about what he took away from the game, Galthié said: “First of all, the victory. And then the ability to respond to what happened. All the players dug deep to get this win. They refused the defeat.

“We could feel it (the defeat), it was there in the stadium, we spotted it, but the players said no, and paid a price. When you look at the final quarter of an hour, the way they turned the match around, collision after collision, decision after decision, it’s admirable.

⌚️ The clock was ticking, but France kept the faith. A late Sipili Falatea try took them to 12 wins in a row.@Breitling #MissionAccomplished #Breitling pic.twitter.com/a03U1Thnmc

“I hope they will take away what they have experienced, that the players keep that in their minds to progress. The pace, the toughness, the intensity, South Africa’s clarity of thinking even though they had an early red card. They are the world champions, we saw why.”

But South Africa were able to force their way back into the game through their rolling maul, and a level of physicality that surprised France.

When they led 26-22 with quarter of an hour remaining, it seemed they had taken control of the game. However Falatea’s late surge and another Ramos penalty sealed it for France.

Galthié added: “We knew it was going to be intense, hard. It’s easy to talk about it but until you have experienced it on the pitch.

“It the first time that a team has imposed such strength in every collision. And then it’s a crazy game, two red cards, a yellow. We had the momentum, then they did, and then at the end, we did again.”