Andy Farrell was underwhelmed by Ireland’s 35-17 win against Fiji in the Autumn Nations Series.

Kalaveti Ravouvou scored a stunning early try, but Ireland led 21-10 at half-time thanks to a Nick Timoney double and a score from winger Robert Baloucoune.

Albert Tuisue was sent off for a dangerous tackle after the break before Mack Hansen crossed the whitewash for Ireland.

However, Simione Kuruvoli scored for 14-man Fiji before Cian Healy’s score wrapped up the win for Farrell’s side.

And the Ireland head coach admitted he wanted his side to be more clinical.

“As far as the performance is concerned, pretty underwhelming,” said Farrell.

“For Fiji, being down to 13 men with the red and yellow cards and the penalty count being 14-10 in our favour, we should have been a lot more clinical than we were.

“I think that’s the moral of the story. We got into the 22 time and time again and yes it was stop-start so we lost our flow, but we weren’t clinical enough by any stretch of the imagination.

“We’re disappointed with the outcome of the game.

“The win is always special in an Irish shirt but the manner of the win is something we will assess and make sure we get to the bottom of.” 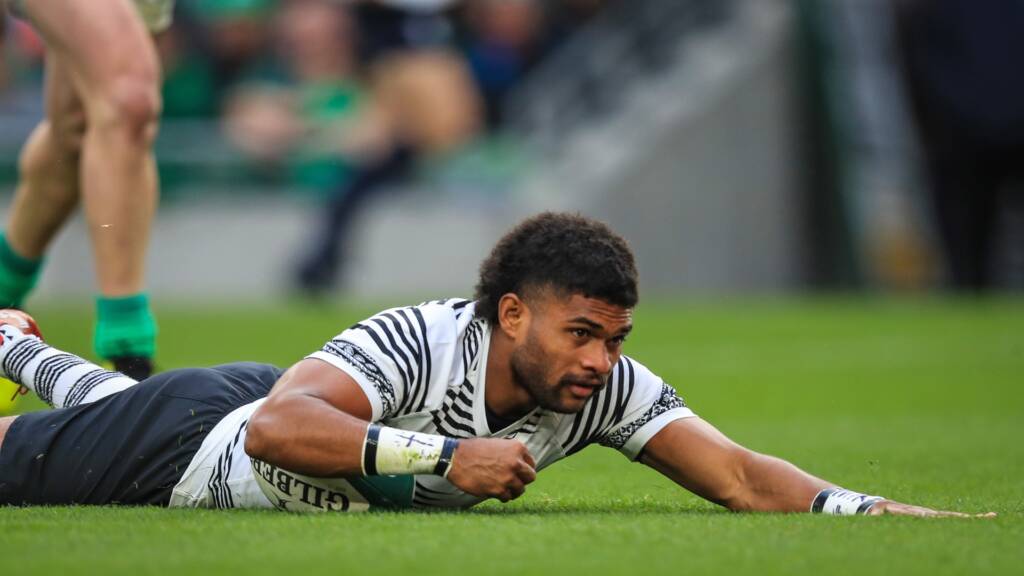 Despite impressing with the ball in hand, Vern Cotter said his side could have run Ireland even closer.

He added: “We would like to have done a lot better.

“We are disappointed with the score. We have high expectations and high standards, so we will build towards that. We have another game next week to try and put that in place.

“They were positives. We wanted to take things away from these two games against Scotland and Ireland.

“We had a couple of important lineout plays that we fumbled and put the ball down.

“If we had strung those together we would have applied more pressure, and that is something we need to learn to do, not just be satisfied with seven points but to build on top of it.

“So that is something that we have come away from the last two games with; obviously we will talk about the character of the guys digging in when we were down to 13 players. It could have been a very bad day for us.

“The character in defending mauls and being down to 13 is tough in international rugby especially when you are playing the top team in the world.”