Walk half an hour inland from Marseille’s stunning Plage du Prado and you’ll find yourself face-to-face with a behemoth.

Marseille is a vibrant and enigmatic place, built on the riches of sea trade and populated by an eclectic mix of cultures.

The ‘city of 100 neighbourhoods’ is known for being unapologetically itself and proud of its gritty urban character.

But its reputation has long since exceeded its sell-by date, and since it was made the European Capital of Culture in 2013, Marseille has continued to confound visitors’ expectations.

The Vieux Port, or ‘Old Port’, has been Marseille’s commercial epicentre for well over two millennia and underwent a makeover in 2013.

Waterfront brasseries line the pedestrianised promenade and five-star hotels look out onto a mass of pleasure craft and fishing vessels. 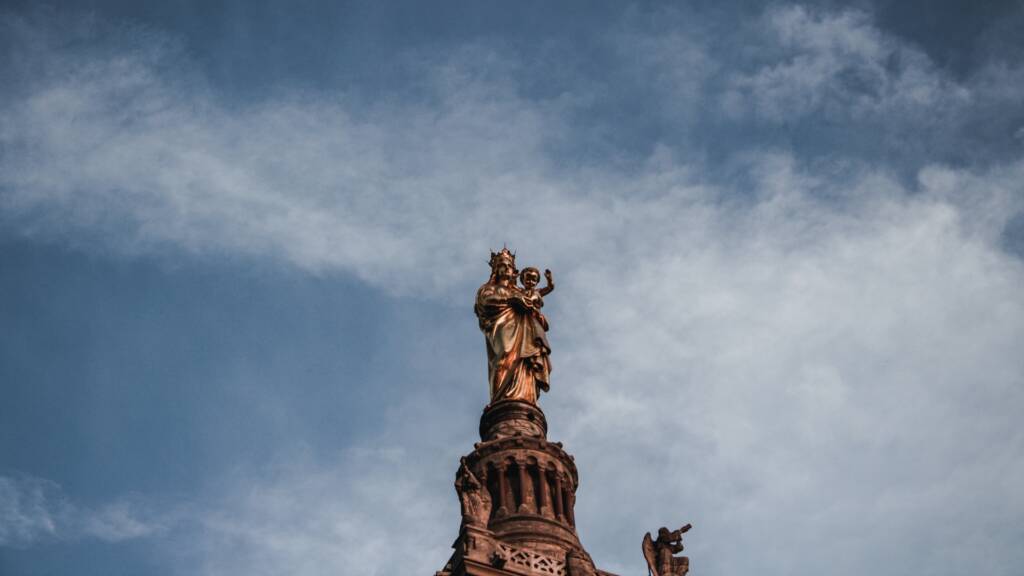 Overlooking it all though, is the breath-taking Notre-Dame-de-la-Garde basilica (better known as La Bonne Mère to locals), complete with a golden Madonna and child atop the belfry.]

The terrace offers some of the best views of the city and the Frioul Islands bobbing in the Mediterranean Sea.

The Abbaye Saint-Victor is even older than the 19th century ‘Basilique’, with some parts dating back to the 4th century AD.

Visitors are permitted to explore its maze of medieval walls and towers on Tuesday afternoons.

And if history is your thing, the Museum of European and Mediterranean Civilizations and the History of Marseille Museum are both awash with fascinating discoveries, artifacts and temporary exhibits. 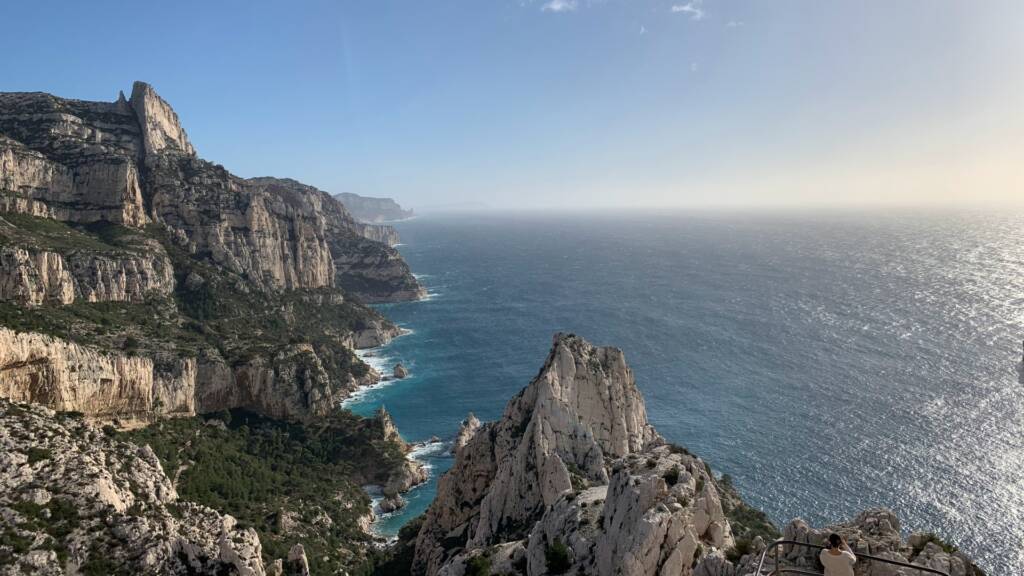 Meanwhile, outdoor enthusiasts can explore the unerring beauty of the Parc National des Calanques, where towering mountains collide with the crystal blue waters of the Med.

Flanked by the Huveaune river, this 67,394-capacity ground was first opened in 1937 and has played host to dozens of enthralling rugby matches and is set to stage more at the 2023 World Cup.

Designed by the French architect Henri Ploquin, the Orange Velodrome has undergone three renovations – in 1984, 1998 and 2014 – and its nose-bleed-inducing sloping stands have become iconic in the world of sport.

While it is the permanent home of football club Olympique de Marseille, the stadium frequently hosts the French rugby team and was the location for two Rugby World Cup quarter-finals in 2007. 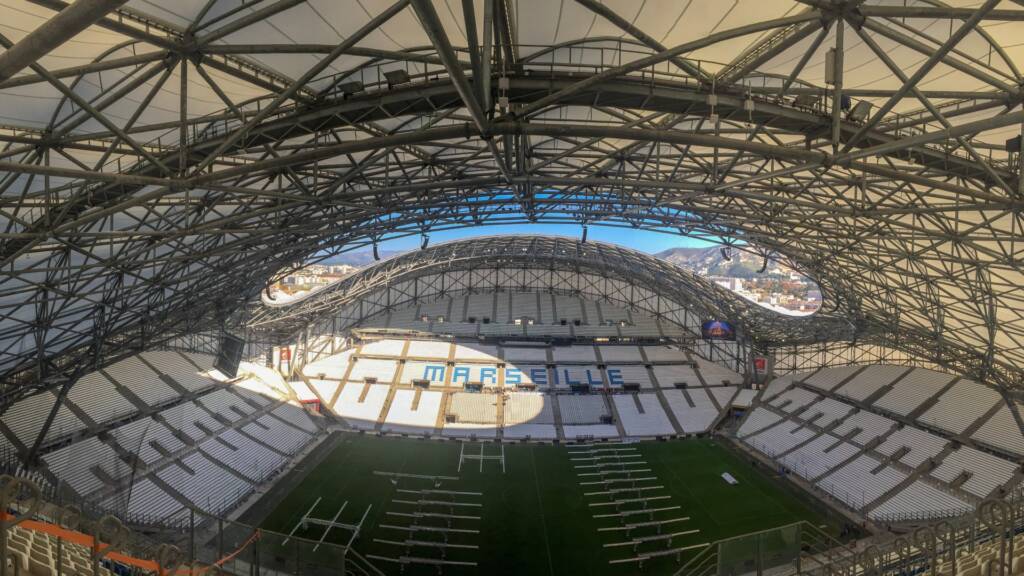 Aside from rugby, the Velodrome was picked to host quarter-finals and semi-finals in two European Championships and the football World Cup in 1998.

The Marseille Metro line 2 is a convenient way of reaching the stadium, with the Sainte-Marguerite Dromel station suitable for supporters in the Ganay or North stands.

The Rond-Point du Prado station, meanwhile, caters for the South and Jean-Bouin stands.

Alternatively, the C2 or C4 trains take you to the Castellane station, which is approximately 15 minutes away by foot. 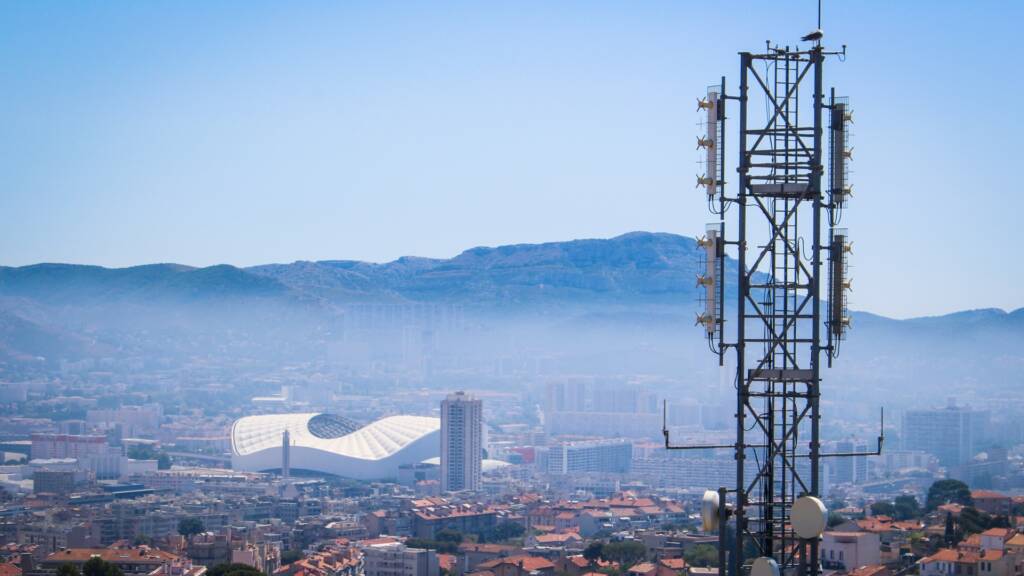 By bus, take the 21 from Castellane-Luminy or from the Old Port the 83 will drop you at the Rond-Point du Prado.

Marseille Provence Airport is around 27km from the city centre, with shuttle buses and trains running frequently.

The roaring Marseille soap trade took a hit in 1688 when King Louis XIV declared that anyone who made soap using animal fat would be banished from the region.

In 1792, a game of boules near a weapons depot sparked an explosion that killed 39 people and injured 200 others.

How do you build muscle mass and be the most efficient on the field? What do rugby players eat?

Brieuc Le Dantec our street athlete will give you all his best tips to perform like your rugby idols.