The Autumn Nations Series is now in full swing following a full weekend of fixtures, and the southern hemisphere full-backs have already shown their class.

The last line of defence, the full-back has always been an important member of the team, and in recent years that importance has only grown, with the No.15 more involved than ever in attack.

So here are our top five full-backs from the travelling sides this autumn – with quality kicking, defensive prowess, and aerial dominance all key parts of these southern hemisphere stars’ games.

Two-time World Rugby Player of the Year Beauden Barrett is  always going to be at the top of the list for whatever position he is currently playing in, and it is no different among the southern hemisphere full-backs.

Barrett has it all – searing speed, an incredible ability to read the game, quality under the high ball and a sensational kicking game.

There are very few players who could adjust from fly-half to full-back as seamlessly as Barrett, but he has managed to perfect his craft, allowing Richie Mo’unga to start at fly-half and Ian Foster to select his two most talented ball players in the same team.

The 31-year-old now has 110 caps for the All Blacks, and with the way he is playing, who is to bet against him chasing down fellow New Zealand great Richie McCaw’s 148 Test caps.

It has been quite a whirlwind two years for Juan Cruz Mallía, who has starred in the back three for both club and country in a time that has seen two sleeping giants return to their old selves.

Winning the Heineken Champions Cup and Top 14 with Toulouse in the 2020/21 season, Mallía has since made the full-back position his own at Argentina, forming a sensational back three with Emiliano Boffelli and Mateo Carreras at the weekend. 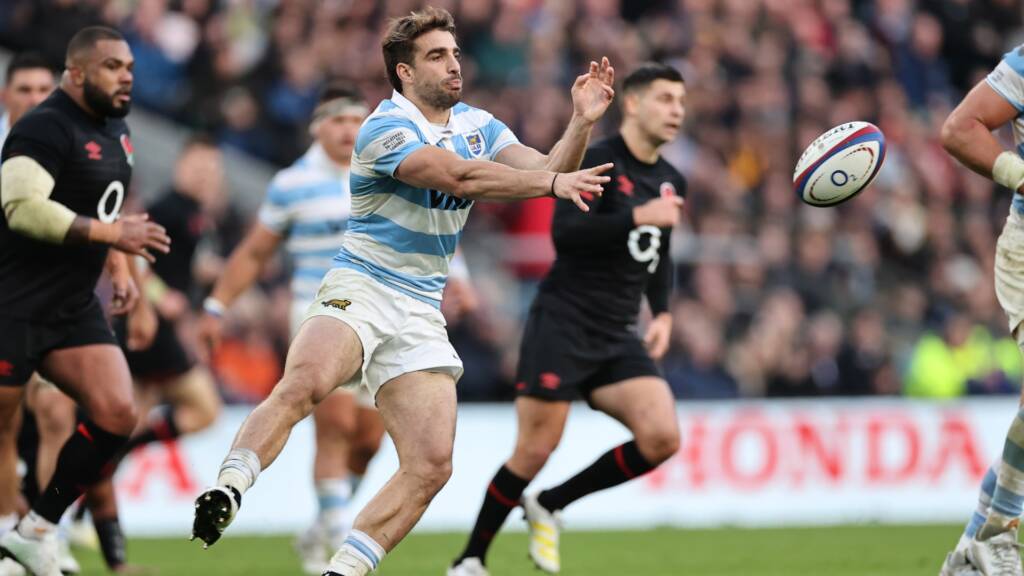 The Pumas have been in fine form in 2022, earning a record win against Australia, defeating the All Blacks for the first time on New Zealand soil, and beating England at Twickenham for the first time since 2009 – and Mallía started at full-back in all three of those historic occasions.

He is not the biggest at 5’11, but he makes up for that with speed to burn, serious agility and being just as at home at centre or on the wing, he also knows his way to the try line making him one of the top full-backs in the world.

At 33, Le Roux has seen it all, but he remains one of the world’s best full-backs and a real asset for the Springboks.

His involvement has never really dwindled, although he has occasionally come on as a substitute while Rassie Erasmus and Jacques Nienaber establish their first-choice back line, and even at his age he is still the Springboks’ best option at No.15. 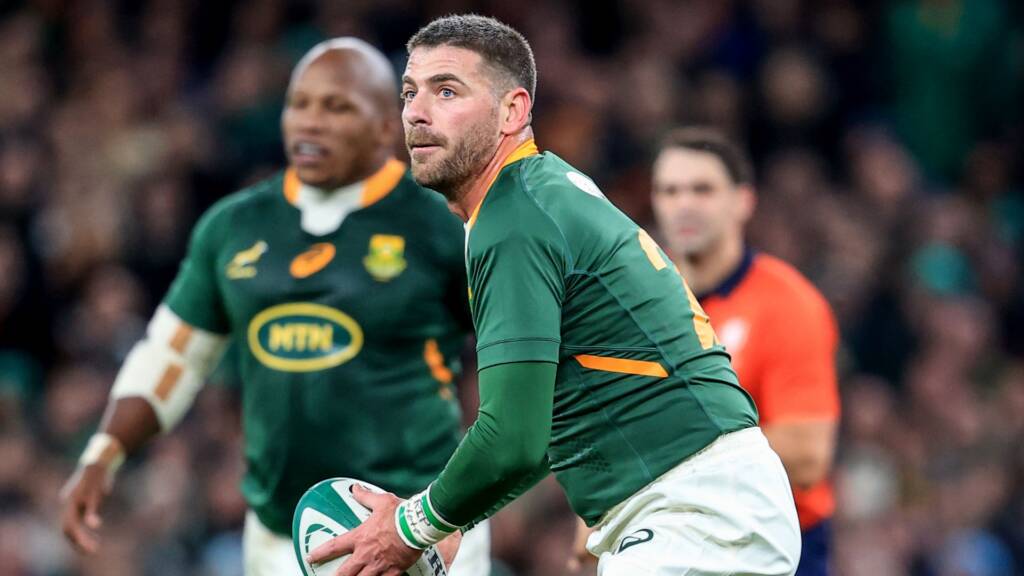 Coming on again as a substitute against Ireland, Le Roux immediately shored things up, and has been named to start at the weekend against France.

Le Roux may have lost a bit of speed as he has got older, but his positional awareness, aerial ability and kicking game are almost unrivalled in world rugby, and that alone makes him worthy of this list.

Beauden’s younger brother Jordie has recently been deployed in the centres, showing his flexibility to play in multiple positions across the backline.

He started at full-back in five of the six Rugby Championship matches, as the All Blacks won their 19th title, and although inside centre appears likely to become his new long-term role, he remains an option at the back for New Zealand. 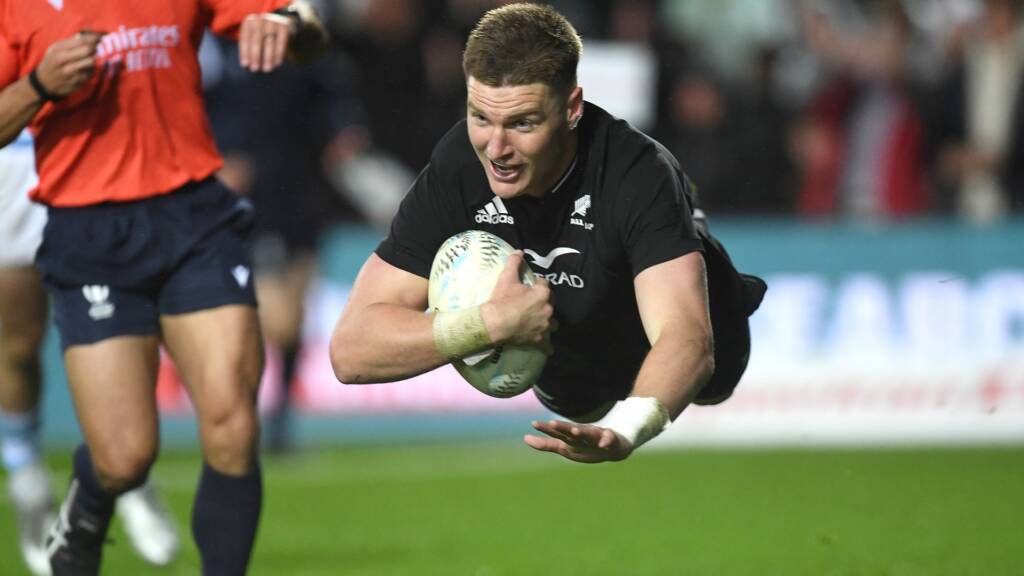 At 6’5, he is virtually unstoppable in the air, as shown by his try in the corner against Wales last weekend, while his kicking both out of hand and from the tee make him an incredibly useful member of the team.

Add to that defensive intelligence and the ability to run clever lines, as well as having the Barrett genetics of serious speed and there can be no doubting Barrett’s place among the top full backs in world rugby.

A very new addition to this list but Campbell was excellent at full-back for the Wallabies in their heart-breaking late defeat to France on Saturday night.

At 27, he is a bit of a late comer to international rugby, but in his first two matches for Dave Rennie’s side, it is a wonder he has not already earned 30 caps. 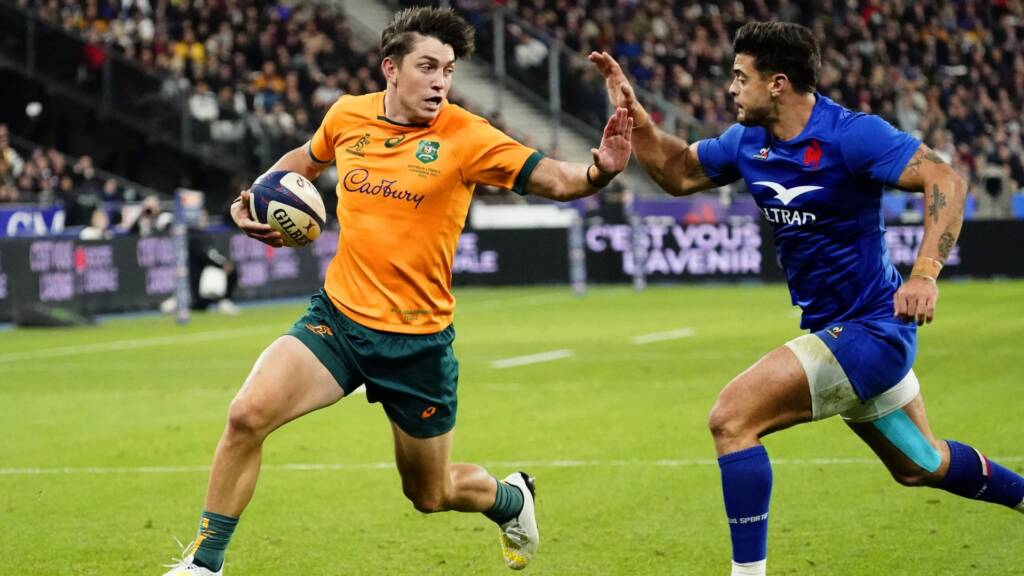 An out and out speedster who can truly be described as a try machine, it is no surprise that Campbell found his way over the line in his first start for the Wallabies.

His crucial missed tackle on Damian Penaud aside, this was an impressive performance from Campbell, who many in Australian media feared may not be suited to Test rugby.

Italy, Ireland and Wales await the Wallabies, and if Campbell can get more minutes, he could well work his way further up this list.

News
Previous Story Autumn Nations Series Predictor: Round 2
Next Story What are the teams for England v Japan?