The Autumn Nations Series confounded the expectations of freestyle slalom skater Riccardo Rizzoli and the Italian is now a full-blown rugby fan.

The 20-year-old from Monza is a founding member of the inaugural Autumn Nations Series Supporters Club and attended his first rugby match on Saturday – Italy’s 49-17 win over Samoa in Padua.

Rizzoli competes at international events across the globe and wows his 80.4k TikTok followers with spectacular tricks and hilarious videos.

The 2018 Italian champion admitted he had previously not given rugby a second thought, but jumped at the idea to interview fans at Stadio Plebiscito where the Azzurri defeated Samoa, scoring six tries in the process.

“I was really impressed by rugby,” said Rizzoli. “It was a great time. It was completely different to what I expected.

“It took me a few minutes to understand what was going on but the atmosphere was amazing. The stadium was enthusiastic but relaxed at the same time so I enjoyed it a lot.

“I definitely want to go to another one. It was so fun. Right now I want to be a big fan.

“When I was contacted I said I’m not interested in rugby at all, I’ve never played, I’ve never seen a match.

As a child, Rizzoli struggled to find the right sport for him, that was until his mum took him down to their local skate park.

“I started rollerblading 10 years ago. I was not the type of kid that wanted to play sports, super non-competitive,” he said.

“Then I went down to the skate park and saw people doing slalom and I loved that. I wanted to do something that was to do with art that was also healthy for me.

“The first five years were just for fun and then I started practising it professionally, doing international competitions and training every day.”

In December, Rizzoli will be representing his country at the European Inline Freestyle League in Vallodolid, but competing at an elite level is not his sole focus. 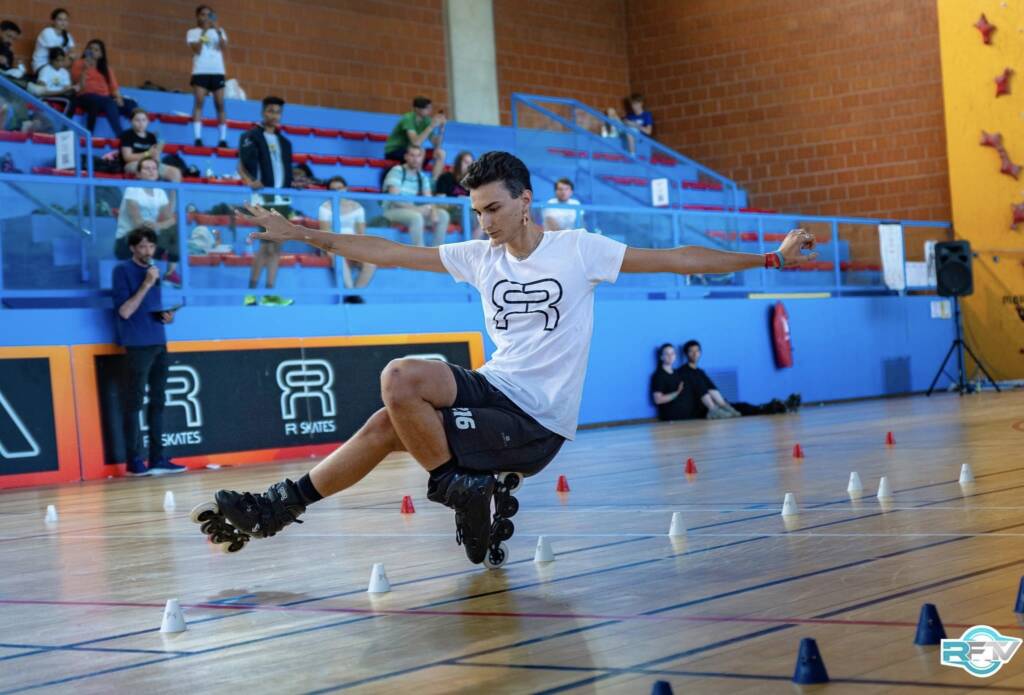 He also coaches children to skate in Milan with a charity called PlayMore, targeted at helping disadvantaged kids get active.

“I’m not getting old, but I realised that I can’t just focus on my results,” said Rizzoli. “If I only care about being first, then first place becomes everything and I don’t want my skating to just be a number.

“I want the kids to be attracted to sports, because sport skating can be an instrument in helping them socialise.

“It’s not about pushing kids towards victory. Victory is not just first place. If you come first on your own, you don’t have anybody to share it with so you have to take people with you.”

That’s also why TikTok has proved such a useful tool for Rizzoli, to connect with a sports community he never knew existed.

He said: “TikTok is an amazing platform. There were so many more people interested in what I was doing than I expected.

“That was a revelation for me that there are actually people interested in sports skating. It’s given the opportunity to create a community that supports all sports.”