Gregor Townsend was relieved to see Scotland bounce back from an underwhelming first-half performance to beat Fiji 28-12 in their second game of the Autumn Nations Series.

Scotland opened the scoring in the early stages through George Turner, but Seta Tuicuvu struck back before Ratu Leone Rotuisolia put the visitors ahead having been sin-binned in the opening stages.

Fiji impressed during the first 40 minutes, but Adam Hastings scored a try in the last play of the half to gift Scotland a 14-12 lead at the break.

Townsend’s team were much improved in the second half, scoring through Duhan van der Merwe and Ben White.

He said: “We learned a lesson in that first half, and it was much better in the second half.”

“We improved to win the game but there are certainly things we’ll have to improve for next week.

“The players know they can play better but they’re delighted they’ve won the game for Scotland.”

After half-time, Leone Rotuisolia made a dominant tackle on Hastings that forced the fly-half from the field. 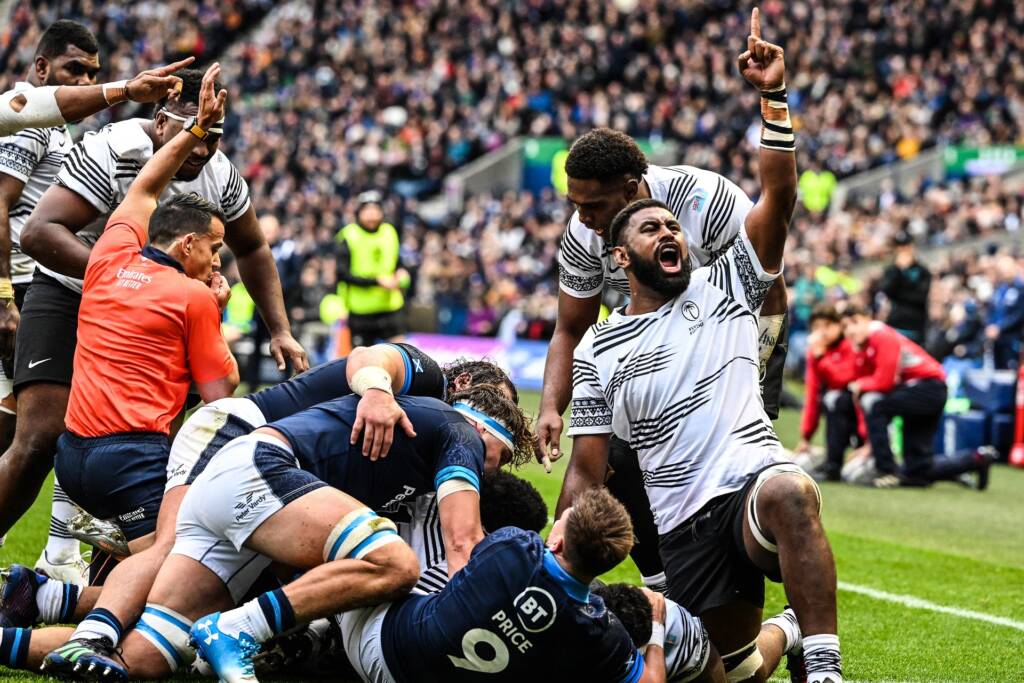 And Townsend refused to rule out a return for enigmatic fly-half Finn Russell.

He added: “If Adam is out, Finn would be in the mix, of course.

“If people are not in the squad, I don’t phone them up regularly unless there’s something to talk about.

“He was disappointed not to be in the squad. If we decide to bring another 10, he’ll be one of the ones we’ll be looking at.”

Vern Cotter was in charge of Scotland between 2014 and 2017 before taking the reins with Fiji.

And he felt his side should have capitalised on their first-half performance.

Cotter added: “There was a missed opportunity about 10 minutes before half-time when they were down to 14 men and if we got a lift off the scrum, I think we could have walked over.

“If we had scored when we had that pressure before half-time and they hadn’t, it would have been a bit tighter.

“We didn’t really want that score but our objective is to progress through this three-match series and head ourselves towards the World Cup.

“It’s very hard to win a Test match with three yellow cards but I thought the guys defended well. Those patches when we were down to 14 made it difficult for everybody but there was great effort from the boys. They didn’t give up.

“My thoughts are positive after that.

“They scored first and we managed to score fairly quickly straight back.”

Reading: 4 mins
Previous Story Savea: My job is to put a smile on people’s faces
Next Story Dupont: We put ourselves under pressure