Kieran Crowley claimed that Italy’s sensational 49-17 win against Samoa was a just reward for weeks of hard work ahead of the Autumn Nations Series.

Italy controlled the first 40 minutes of the match, heading into half-time 28-0 ahead thanks to tries from Juan Ignacio Brex, Pierre Bruno and Monty Ioane.

Ioane completed his double straight after the break, but Ulupano Junior Seuteni scored for Samoa before a try from Lorenzo Cannone and Bruno’s second gave Italy an unassailable lead.

However, Samoa did not give up, crossing the whitewash through Duncan Paia’aua before Saracens star Theo McFarland scored a stunning consolation try.

And Crowley could not hide the pride he felt in his side after beating a strong Samoa team.

He said: “These results come after a lot of work and weeks of great commitment from the whole group.

“We defended really well in the first 40 minutes, the guys were incredible, and in the first five minutes, we responded to their drives very effectively, directing the game.

“In attack we have been able to put a lot of pressure on them, developing some game plans we have tried in recent weeks which have then turned into very beautiful tries today. 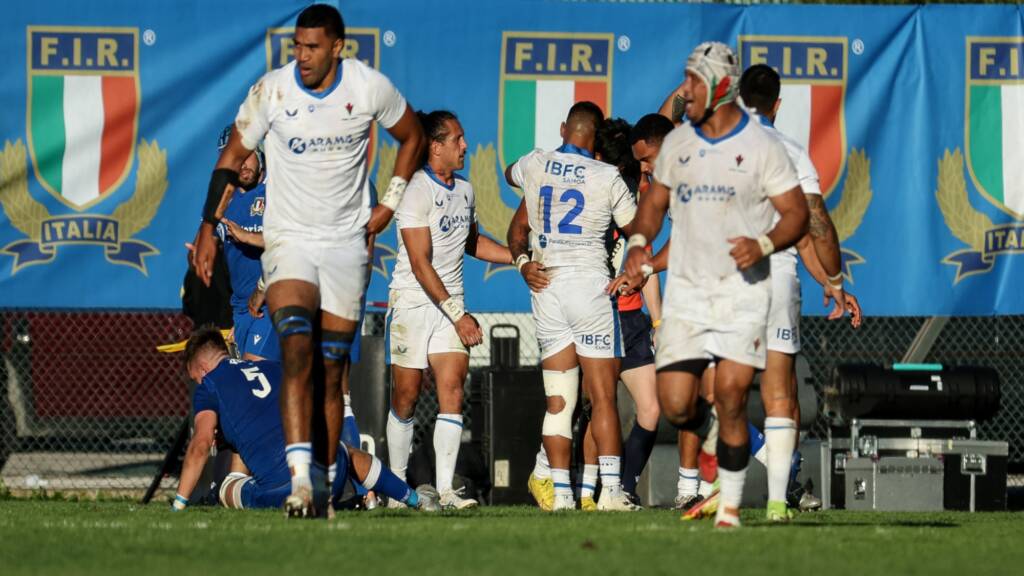 “I am happy for the boys, but also for the staff because this is the result of their work.

“I think that every Test match represents a difficult challenge at this level.

“Samoa are 11th in the rankings, they came to Italy to win the match, exactly as we wanted to do.

“We played well today, forcing their mistakes, we have to highlight our performance rather than underestimate theirs.

“Now, ahead Australia, we will have to check on the health of some of the players, the match was very tough.”

This was Samoa’s only game in the Autumn Nations Series, but Italy will be back again next week when they welcome Australia to Stadio Artemio Franchi.

And Samoa head coach Seilala Mapusua was full of praise for his opponents, admitting that they were the better side.

He added: “Italy put us under pressure from the start.

“We had good possession in the first few minutes but we were unable to develop our game plan thanks to the enormous work of our opponents.

“Then Italy clearly dominated, we must fully recognize the value of their performance and start from what happened on the pitch today to prepare for the next matches. “