After Australia’s dramatic victory over Scotland in the Autumn Nations Series opener, this weekend the competition gets into full swing and with it comes the start of Fantasy Rugby.

The back three is where significant points can be earned, with tries and metres made both resulting to large points totals.

Of course some of the world’s best wingers and full-backs stem from the southern hemisphere and with extra points awarded for away victories – they could be an absolute premium this autumn.

The All Blacks have a whole heap of talent in this area, but one man in particular that all fantasy players will be monitoring is All Blacks winger Will Jordan, who costs just 15 stars.

The All Blacks’ most recent centre pairing of Rieko Ioane (18 stars) and Jordie Barrett (16 stars) both come under the back three options in fantasy rugby and could both be considered options. 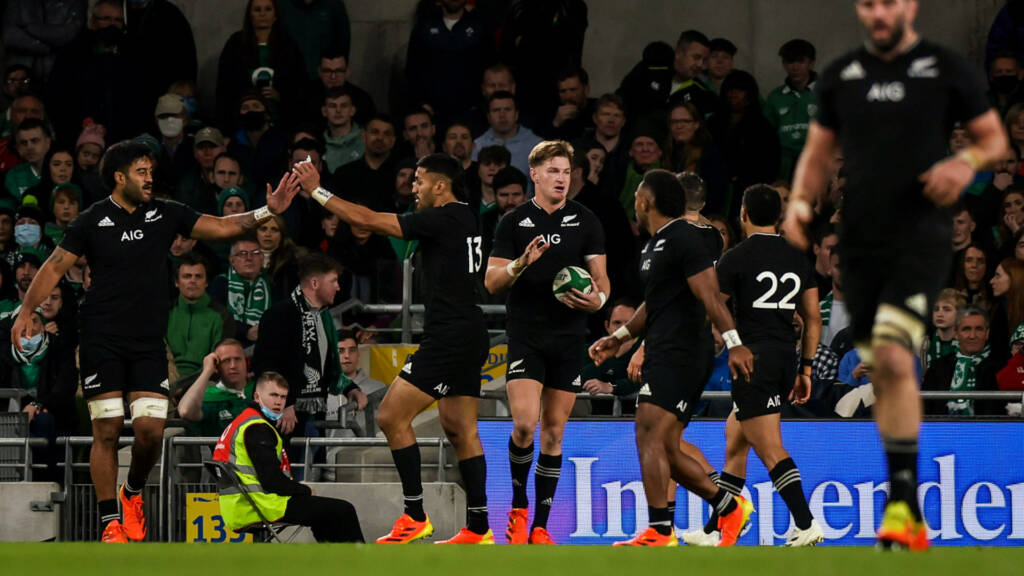 Sevu Reece (15 stars) and Caleb Clarke (13 stars) could also become key members of any fantasy side if selected, with potential to be ‘super-sub’ options if chosen as replacements.

Jacques Nienaber has already named the Springboks squad to face Ireland on Saturday in one of the most highly anticipated matches of the Autumn Nations Series.

Cheslin Kolbe is set to start at full-back, and the sidestepping guru will set you back 16 stars, with Makazole Mapimpi costing the same after his sensational 2021 performances.

Kurt-Lee Arendse could provide you with a bargain at 12 stars, while the Springboks have their very own ‘super-sub’ option in Willie Le Roux (14 stars).

Having seen the Wallabies play a week early, we have some idea of who is likely to feature in their side.

Tom Banks (11 stars), Andrew Kellaway and Tom Wright (both 13 stars) started for Dave Rennie’s men, with Jock Campbell (9 stars) named as a substitute and those four all represent an excellent price.

Emiliano Boffelli has been in fine form for both Edinburgh and Argentina and has the added bonus of being his team’s goalkicker, meaning even more points can be gained. 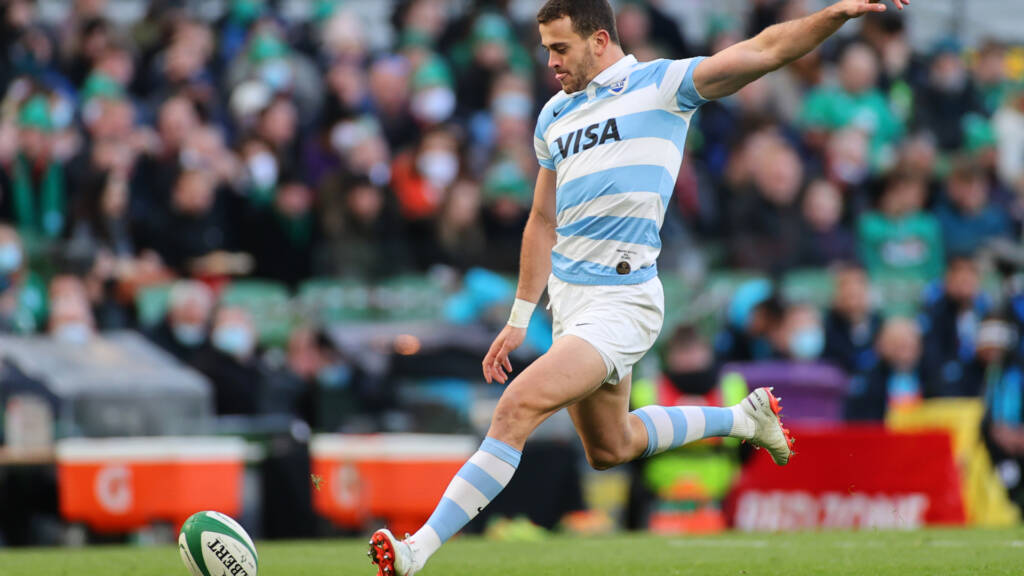 He comes in at 14 stars, alongside Santiago Cordero and Juan Imhoff, while Gloucester’s in form Santiago Carreras is 13 stars should he be selected.

The Pacific Nations Cup winners face Italy in Padua this weekend and it is a pair of former sevens stars who have caught the eye.

Sevens star Tomasi Alosio returned to 15 aside rugby with Moana Pasifika in Super Rugby, and comes in at 11 stars, while another of Samoa’s sevens converts Joe Perez is an exciting ten-star prospect.

Leicester Tigers’ utility back Kini Murimurivalu could possibly take the spot of Josua Tuisova, who is ruled out, and comes in at just 11 stars.

Seta Tuicuvu looks set to start at full-back this autumn, costing 13 stars, the same price as Jiuta Wainiqolo, with the duo both different options.

Hugo Keenan is always a great fantasy option due to the number of metres he racks up, with the Leinster full-back costing 16 stars.

They also have surely one of the bargains of the whole Autumn Nations Series in Mack Hansen, who costs just 10 stars and will be a key enabler in many teams to spend big elsewhere.

Damian Penaud was sensational in the Autumn Nations Series last year, and his price reflects that with the Clermont star costing 17 stars. 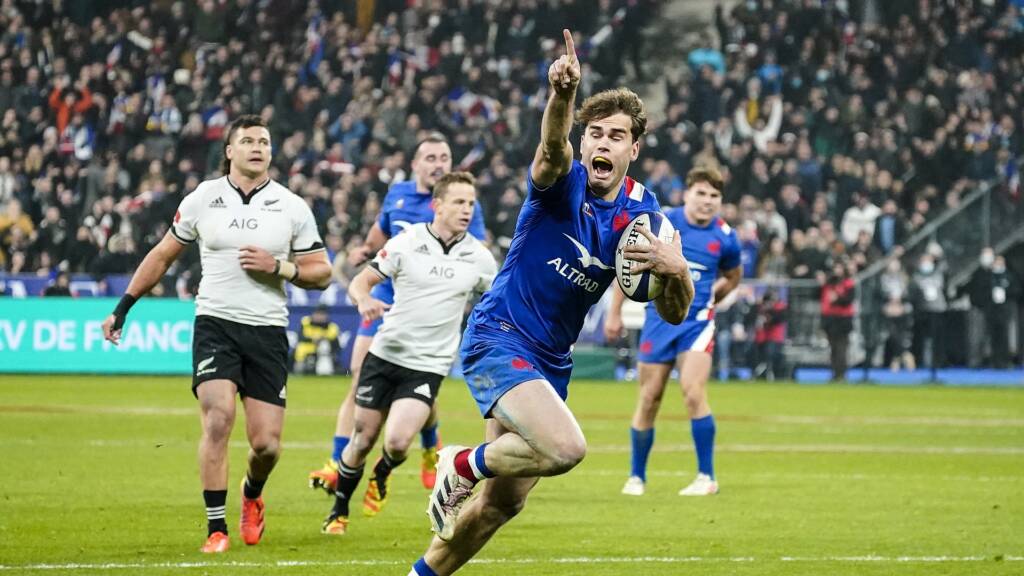 With injury ruling out Melvyn Jaminet, Toulouse teammate Thomas Ramos is destined to start at full-back, costing just 12 stars, while Matthis Lebel costs 13 stars and could well be a key option on the other wing.

If you’re looking at quality, Freddie Steward will certainly provide that at 16 stars, after a stellar campaign in 2021.

Jack Nowell looks set to start at 12 stars, while Jonny May (16 stars), Max Malins (14 stars), Joe Cokanasiga (11 stars) and Cadan Murley (9 stars), will all be fighting out for the other wing spot and show the depth England have.

Another team we have already seen this autumn, but the most expensive player in the game, Stuart Hogg (19 stars) was unable to play and will be looking to make his mark this year. 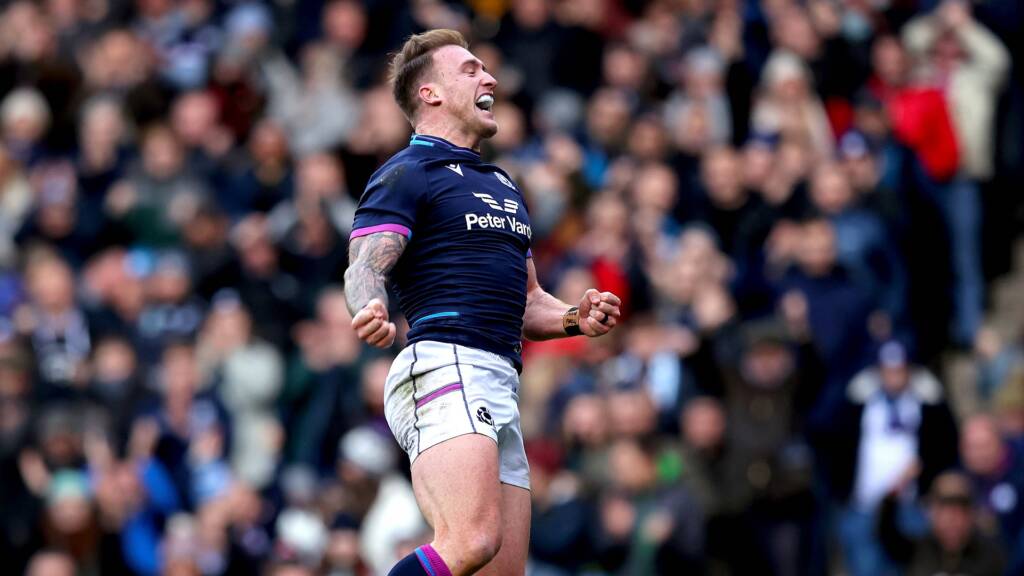 Ollie Smith (12 stars) deputised superbly with an excellent try and could be a ‘super-sub’ option, while Darcy Graham (16 stars) and Duhan van der Merwe (17 stars) look set to start.

Italy full-back Ange Capuozzo looks set to miss out on Samoa, but with Monty Ioane (14 stars) and Edoardo Padovani (13 stars), there are tried and tested options to choose from in the back three.

Capuozzo (15 stars) missed Toulouse’s match with Bayonne last week, but it is unclear why, with Pierre Bruno on standby if he is to be unavailable.

Wayne Pivac has a whole lot of injuries in this area, but in Louis Rees-Zammit (18 stars), he also has one of the stars of the game in excellent form. 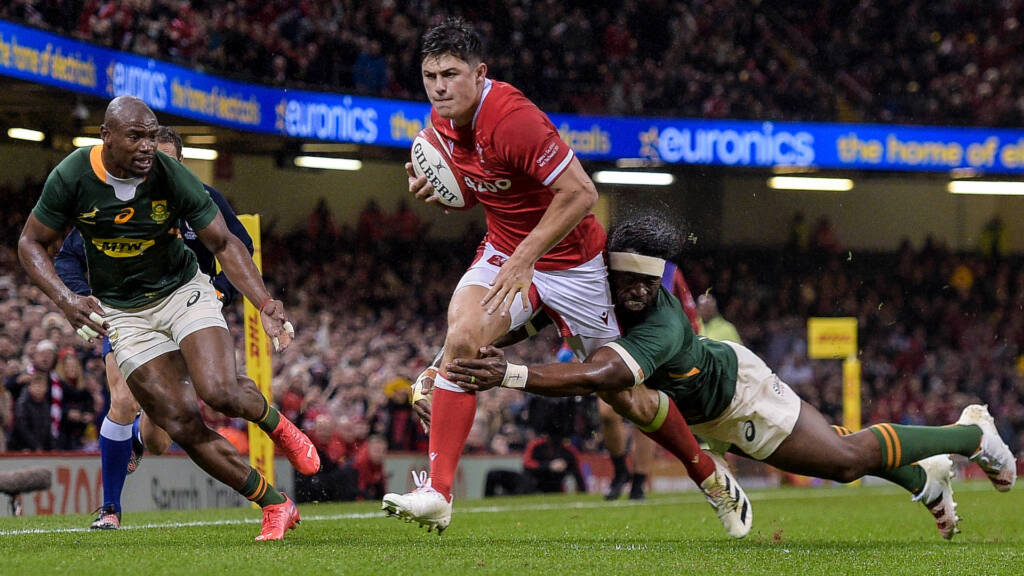 Josh Adams (17 stars) and Alex Cuthbert (15 stars) are both facing a race against time to get fit but could be great fantasy options, while Leigh Halfpenny (13 stars) is set to return to full-back.