Located to the east of the city centre of delightful Dublin, the Aviva Stadium is the home of Irish rugby.

Sat on the banks of the River Dodder, the stadium is just one of many stunning landmarks in the Republic of Ireland’s capital city.

There is something for everybody in the Pale, from ancient ruins to the world’s finest pubs and restaurants.

But on matchdays, everything steps up a gear as thousands of rugby fans flood the city to create an atmosphere unlike any other.

There is an abundance of exciting things to do in Dublin, with historical landmarks, exciting entertainment and delicious food aplenty.

Any trip to the city would be incomplete without a pilgrimage to the home of Ireland’s national drink, the Guinness Storehouse.

Travelling fans can learn about the story, heart and soul of Ireland’s most iconic beer, before enjoying tastings at a beautiful rooftop bar.

Budding historians and hopeless romantics alike will want to visit Whitefriar Street Carmelite Church, home to the remains and relics of St Valentine.

Dublin Castle was built in the thirteenth century on the site of a Viking settlement, and it is also a must-see for anyone fascinated by Dublin’s illustrious history.

While the State Apartments are bustling with visitors, the Bedford Tower is lit up blue for International Sign Language Day. pic.twitter.com/BFPxbvHwOa

Take a walk in Phoenix Park, home to Dublin Zoo, or the National Botanic Gardens where fans can see approximately 20,000 living plants.

Alternatively, fans can find an authentic pub, order a local whiskey or an Irish stew, and watch a wide variety of live sports or music.

Built on the site of the former Lansdowne Road Stadium, the Aviva Stadium is known for its boisterous atmosphere and unique architecture. 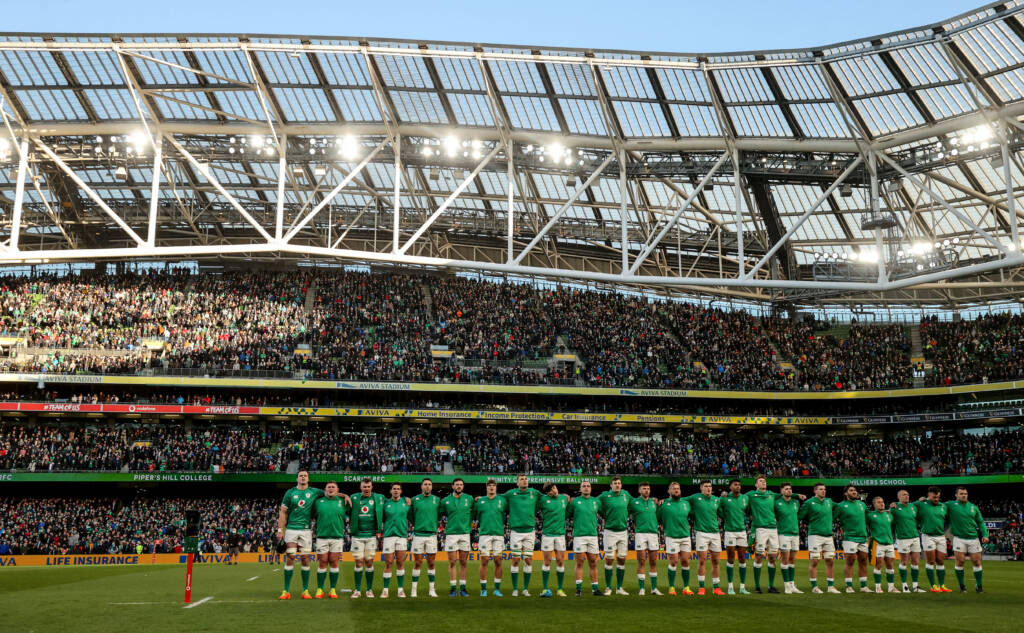 It is the home of Ireland’s rugby team, and they played South Africa in their first international game at the ground in November 2010, losing 23–21.

But it is also home to Leinster Rugby, and the Republic of Ireland’s national football team.

The ground is no stranger to big events, hosting the 2011 UEFA Europa League Final between Portuguese sides Porto and Braga, as well as numerous music concerts.

The two best ways to get to the Aviva Stadium on matchdays is either by bus or by dart.

To travel to the ground by dart from the city centre, fans should take any southbound service to Grand Canal Dock Station.

Come experience some Autumn colour at the gardens this Bank Holiday Monday! pic.twitter.com/5LDiqWu461

From there, they should exit the station and turn right onto Lansdowne Road.

The ground is equally accessible by bus.

Fans can also walk to the ground.

However, there is no parking around the stadium, and roads will be closed to private vehicles two hours before a match or event

Grigoriy Geniyevskiy is an Irish videographer and photographer based in Killarney making waves on TikTok with almost 500k followers and over 16m likes on his creative and stunning content.

Grigoriy will be capturing the unique atmosphere of the Autumn Nations Series at Ireland’s matches this year.

You can find his work here: https://www.tiktok.com/@griggen