To mark the return of Autumn Nations Series Fantasy Rugby, Bryan Habana has selected the team he hopes will fire him to the top of the charts.

South Africa legend Habana has packed his team with Springbok heavyweights and opted for northern hemisphere flair in his backline ahead of Round 1.

And supporters can take on their heroes and select their fantasy team here.

Habana has selected six of the players he chose in his 2021 Team of the Series and one of those comes in the front row, with Tadhg Furlong his first selection at prop.

The Leinster man is sure to be a popular choice but does not come cheap at 16.0 stars and he is joined in the front row by Habana’s countryman Steven Kitshoff (14.0 stars) and New Zealand hooker Samisoni Taukei’aho (12.0 stars).

One of three players in Habana’s team to cost 19.0 stars and therefore sharing the prize for most expensive player in the game is Eben Etzebeth. 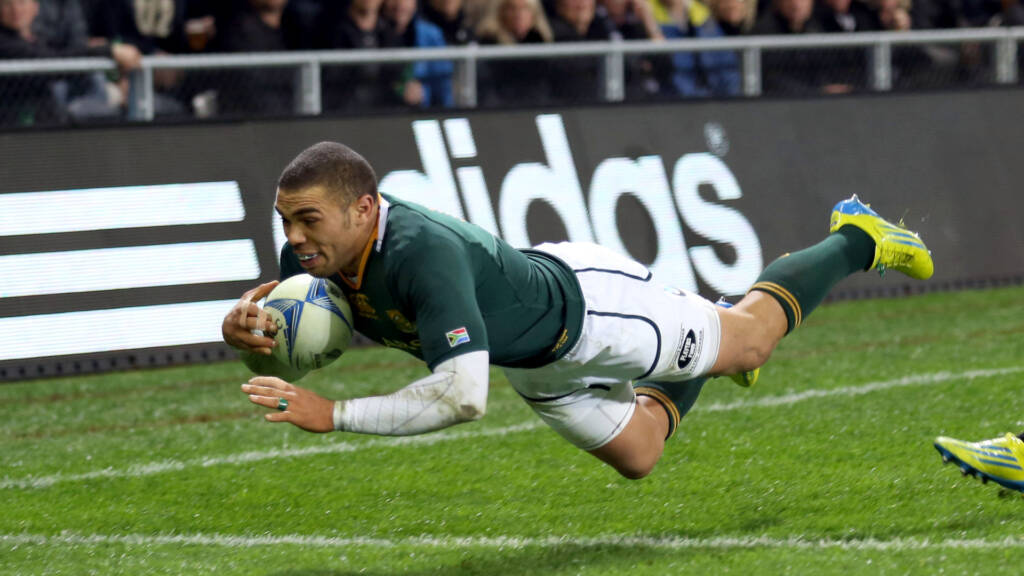 The towering lock started the last time the Boks beat Ireland, in 2016, and will be crucial if the world champions are to end a run of two straight defeats against Andy Farrell’s side. His second row partner is Tadhg Beirne and there is no Irish forward who comes more expensive than the Munster star.

A whopping 289 caps have been won across Habana’s back row, many of which have come as captain, with a formidable trio of Michael Hooper (18.0 stars), Siya Kolisi (16.0 stars) and Courtney Lawes (14.0 stars) completing a dream pack line-up.

Behind the scrum, Antoine Dupont starts at scrum-half and it is little surprise that he is the dearest No.9, costing fantasy players 19.0 stars.

His half-back partner is England’s Marcus Smith (16.0 stars) who scored on his final appearance for club side Harlequins before joining the England squad for their training camp in Jersey.

There can be few more powerful centre combinations than Manu Tuilagi and Rieko Ioane (17.0 and 18.0 stars respectively) which means it’s a pacey back three in the Habana XV.

Damian Penaud (17.0 stars) starts on the right wing where he impressed so much during the 2021 Autumn Nations Series, crossing on three occasions. On the other flank is the All Blacks’ Will Jordan (15.0 stars), who crossed in the final two rounds of the Rugby Championship in September.

Completing the side is Stuart Hogg, who has made more metres per 80 minutes than any other player competing in the Autumn Nations Series in international rugby this year (131.2) and he is again the most expensive back three player, costing 19.0 stars.