Wales are out to make history when New Zealand head north in Round 1 of the Autumn Nations Series on Saturday.

Not since 1953 have Wales beaten the All Blacks and so a first win in the professional era continues to elude them, but that has not stopped them from playing their part and producing some truly magical and memorable moments down the years.

From Shane Williams’ emergence at the 2003 World Cup, to that haka in 2008 and one of the all-time New Zealand counterattacking tries in 2012, this fixture is never short of drama.

Here, ahead of their latest meeting, we look at the classic matches between the sides.

Billed as the ‘match of the century’, Wales won the first ever meeting between the sides as New Zealand toured outside of Australasia for the first time.

And there was another first pre-match too, as the Welsh crowd sang Hen Wlad Fy Nhadau after the Haka, the first time a national anthem had been sung before an international sporting event.

The All Blacks arrived at Cardiff Arms Park as heavy favourites, having won all 27 of their previous tour matches including wins over Scotland, Ireland and England.

Teddy Morgan scored the game’s only try before half-time, when a rare passing move ended with an impressive finish in the corner.

Wales laid siege to the All Blacks line but could not extend their lead, and the visitors thought they had equalised when Bob Deans stretched for the line only for referee John Dewar Dallas to believe the centre had come up short.

The All Blacks were not best pleased at the decision but could not use the sense of injustice to spark a comeback and one of the most controversial fixtures in history saw Wales edge the tourists by just a single score.

A fixture etched into the memory of fans on both sides of the globe, Wales last Test victory against New Zealand came in 1953.

Bleddyn Williams was the hero of the hour, having guided Cardiff to a win over the All Blacks earlier in the week, he captained his country on another memorable day at the old Arms Park.

Wales trailed by three points heading into the final 15 minutes, with Williams soldiering on having torn his thigh ligaments.

But two late tries sparked pandemonium among the 56,000 fans in attendance, as flanker Sid Judd and then wing Ken Jones scored late on to complete a third victory in four meetings against New Zealand and write another epic chapter in the pair’s intense early rivalry.

Some 73 years after their first battle, it was New Zealand who came out on the winning side of a tense and controversial encounter.

With the clock ticking towards the red, lock Andy Haden dramatically threw himself out of the lineout to a win penalty, much to the disbelief of the Welsh forwards.

Captain Graham Mourie later revealed that he had first suggested the lineout plan to Haden the night before the match and though it did preserve New Zealand’s unbeaten tour record, Mourie said that some players came to regret their part in the ploy. 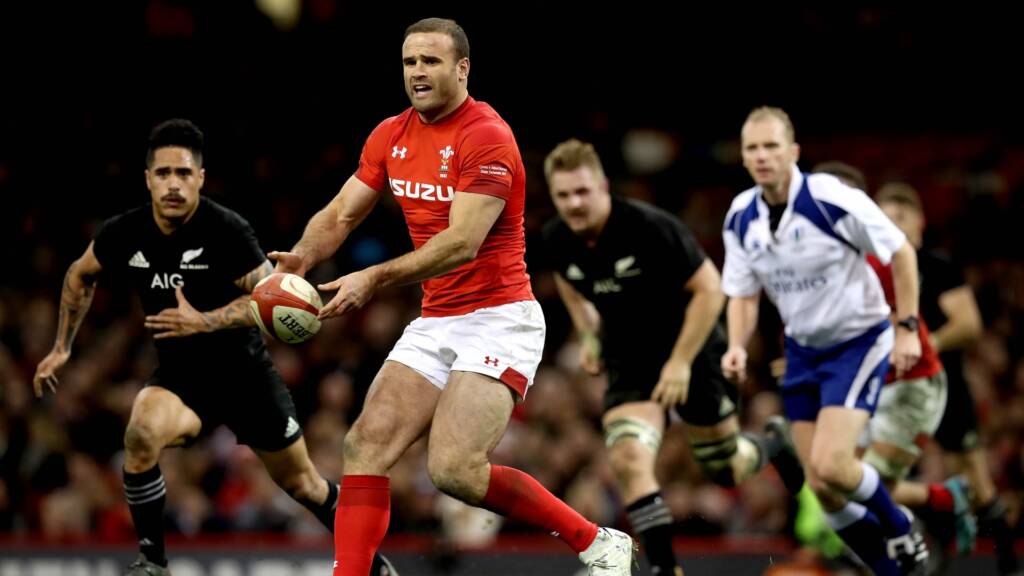 Wales looked in control for much of the pair’s second-ever meeting at the Principality Stadium but a classic All Blacks comeback scuppered hopes of a first win in the professional era.

This was an improving Wales side who would go on to win their first Six Nations Grand Slam since 1978 in the spring of 2005 but they did not quite have enough to topple Sir Graham Henry’s team.

Wales led 11-3 after 26 minutes and 19-13 just after half time but they could not consolidate after extending their lead and were behind after a pair of unconverted scores from Mils Muliaina and Joe Rokocoko.

Gavin Henson kicked two penalties either side of one effort from Dan Carter which left the hosts just a point back.

But despite winning a lineout in the All Blacks half in the final minute, Wales could not secure the ball and New Zealand held out for the win. 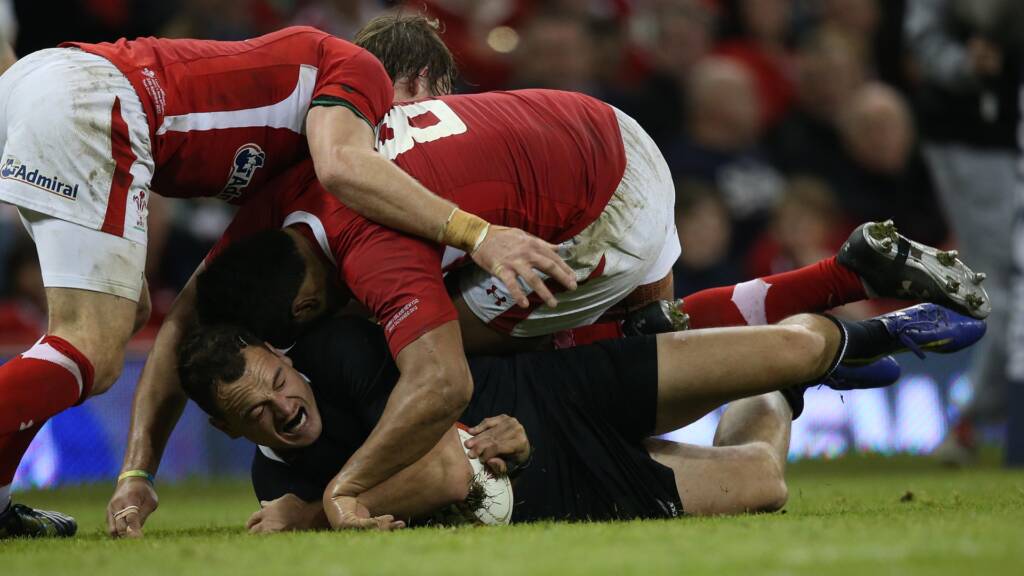 Stephen Jones nearly kicked Wales to a first victory over New Zealand in 56 years but they came up agonisingly short once again in the capital.

He and Carter traded penalties in a first half where neither side took a backwards step, with the score level 6-6 at the break.

It took nearly an hour for the visitors to find the whitewash and it was only a concerted effort from the entire forward pack that got them there, with Andrew Hore the man to finally bulldoze his way through Wales’ stubborn defence.

Twice New Zealand were held up on the Wales line and so it was left to Carter to nudge them 10 points ahead with 15 minutes remaining.

A long-range kick from Jones left Wales just a converted score away from a draw and they came desperately close on three occasions before the final whistle, with Martin Roberts, James Hook and Alun Wyn Jones all coming within touch distance of the try-line and immortality.