Dave Rennie praised Australia’s character after they edged to a 16-15 victory away to Scotland in the Autumn Nations Series.

Blair Kinghorn almost snatched victory for Scotland but missed a last-minute penalty and the Wallabies head coach admitted he initially feared the worst when scores of fans rose to celebrate.

But having been 15-6 down with 35 minutes to play, Rennie was proud of how his players fought back through a converted James Slipper try and Bernard Foley’s penalty.

The New Zealand-born former Glasgow Warriors head coach summed up his reaction to the final whistle in one word.

“Relief,” said Rennie. “Pretty tough to watch that last kick when I heard all the crowd going off so I’m sure there were a few Australia supporters in the crowd or people just calling from an angle they couldn’t see. 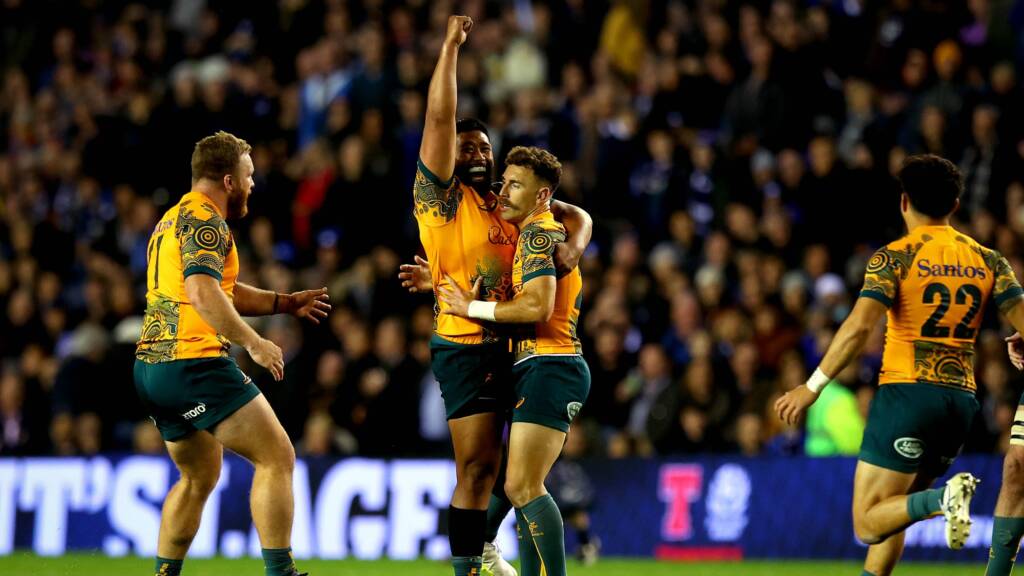 “Look it was a tough game. It could have gone either way and down at 15-6 we gave up an opportunists’ try just after half-time and fought our way back.

“We showed a lot of character. We’re happy to hang on and I’m proud of the effort.”

Rennie pinpointed a failure to make territory and possession count as a major area of improvement, as well as weakness at the breakdown.

He said: “We played a fair bit of footy down their end but they turned the ball over. Our ability to turn that pressure into points needs to be better, especially against a team like France next week.

“Scotland have got a lot of guys who are very good post-tackle and stole a lot of balls so we’ve got to win races, be better in that area and try to convert.”

But having come out on the wrong side of a 15-13 loss last year at BT Murrayfield, Rennie believed their first win over Scotland in six years will give them a welcome boost with France up next.

“It’s massive. It gives you a little bit of confidence. We will be flying back to Saint Etienne tonight and we’ll wake up and feel a bit better about things,” said Rennie.

“But we know there is a lot more in us and we are going to have to be a hell of a lot better next week.”

The @wallabies are back in it, what a finish we have in store 🍿

“We have had a season where we have lost a fair few games in the last 10 minutes so it was nice to come out on the right side of the scoreboard tonight.

“But also the character shown by the boys just to hang in there and keep creating opportunities and we took enough.”

“There’ll be a handful of changes. We’ve worked out a potential squad for each of the five games,” said Rennie.

“That may change based on injury and form but we’re keen to share the load on this tour.”