As the curtain rises on another show-stopping Autumn Nations Series, the southern hemisphere’s fly-halves are ready to take centre stage.

Always at the epicentre of their team’s play, there will be no place to hide for the playmakers on this list – not that they would want to.

So here are the five most masterful southern hemisphere orchestrators destined to light up the Autumn Nations Series.

Much has changed since Richie Mo’unga failed to shine against France in last year’s 40-25 Autumn Nations Series defeat.

The Crusaders fly-half played a cameo role as the All Blacks lost their Test series against Ireland over the summer.

But the 28-year-old wrestled back the No.10 jersey from Beauden Barrett in the subsequent Rugby Championship and reminded everyone why he was their go-to option in the 2019 World Cup.

He topped the points chart in the Championship, and his devastating running and kicking game elevate him above all the other outside halves on this list.

Such is the All Blacks’ strength at fly-half that Ian Foster may feel compelled to include both Mo’unga and Beauden Barrett in his first-choice starting XV. 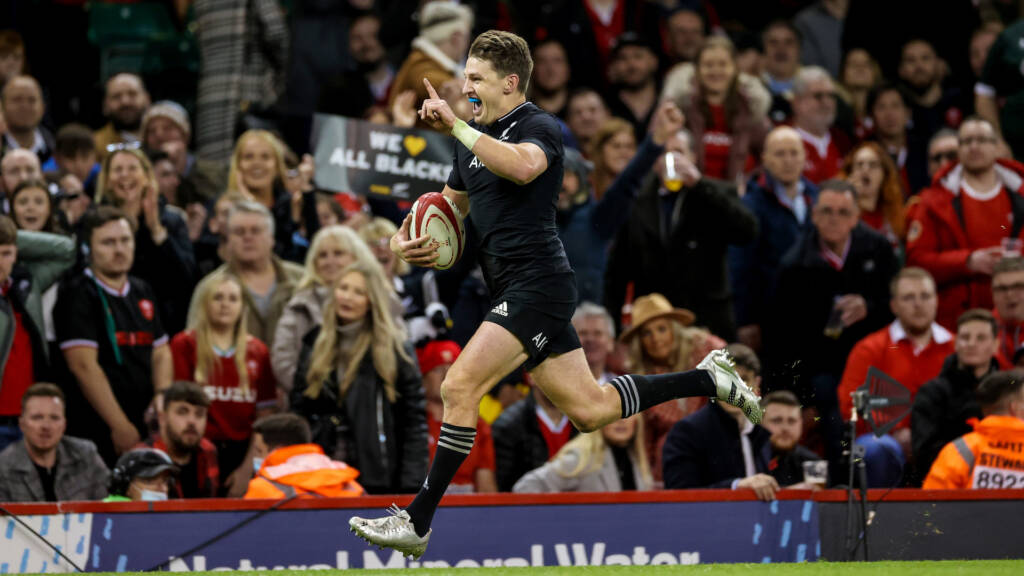 Switching Beauden to full-back in Round 6 of the Rugby Championship worked a treat, with the veteran seamlessly stepping in as first receiver when Mo’unga was unavailable.

Beauden Barrett is an all-time New Zealand great and even at the age of 31 is still producing moments of magic to unlock defences.

What is most impressive about Santiago Carreras is how comfortable he looks in the No.10 jersey considering he never plays there for club side Gloucester.

The 24-year-old utility back made the switch to pivot for Argentina in last year’s Rugby Championship and has never looked back. 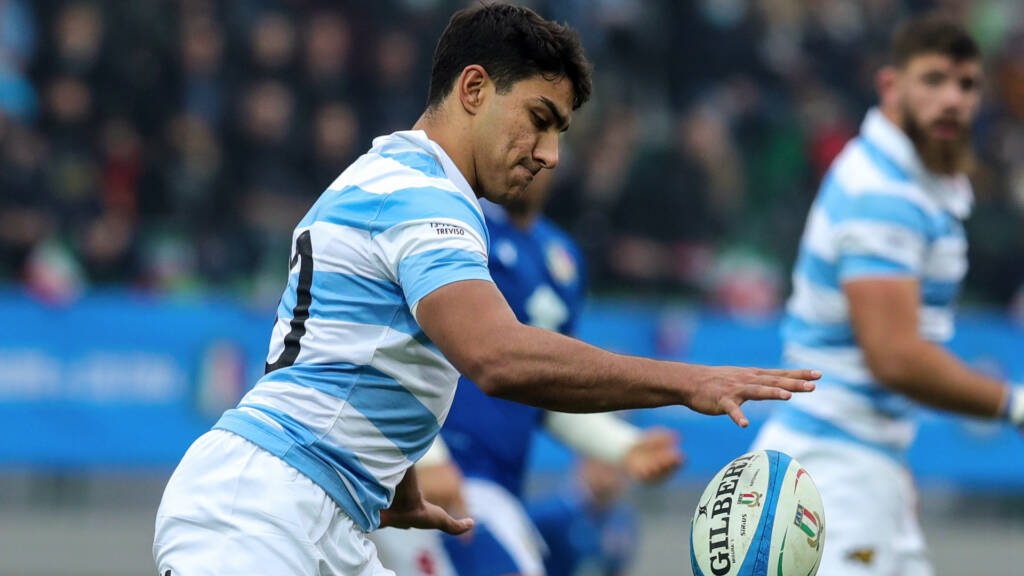 Carreras is a fearless attacking playmaker and guided Los Pumas to two memorable wins over Australia and New Zealand, the most they have managed in Rugby Championship history.

His game management in the latter 25-18 win over the All Blacks was all-important to securing a first win on New Zealand soil.

Despite being Australia’s least experienced candidate for the No.10 role, Lolesio feels like the best ten at Dave Rennie’s disposal.

He missed last year’s Autumn Nations Series after being asked to bulk up by Rennie in the off-season. 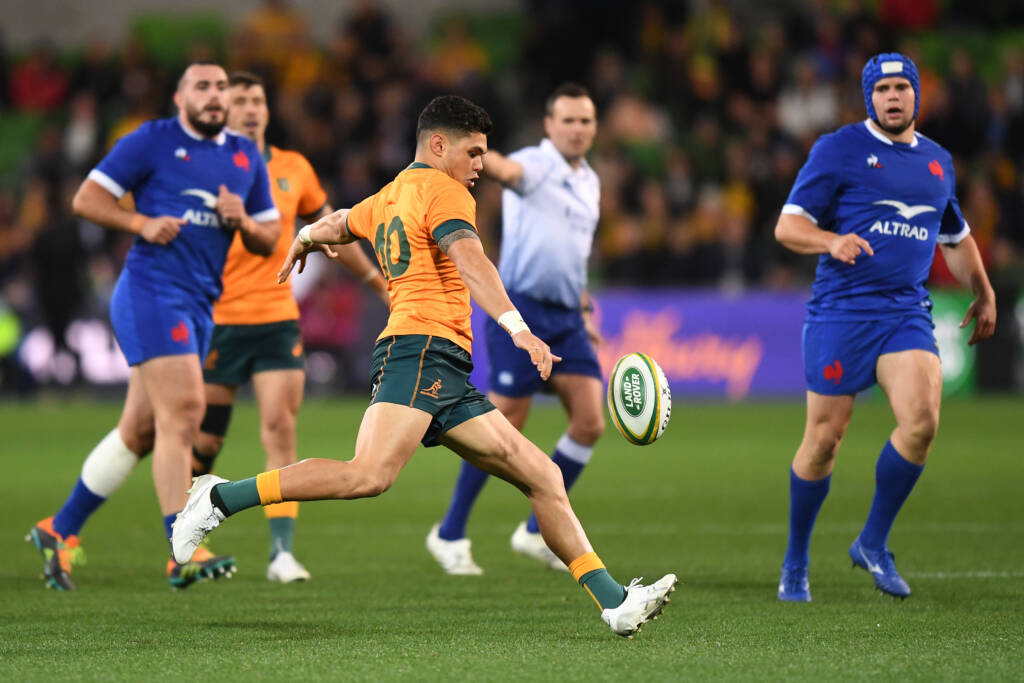 The 22-year-old returned for the Test Series against England and two matches of the Rugby Championship, sparkling against South Africa in Adelaide.

And with Quade Cooper out with a ruptured Achilles tendon, Lolesio has the chance to nail down his starting spot for the World Cup next year.

Damian Willemse won the World Cup at just 21-years-old and while the Stormers back may not have played a central role for the Springboks in 2019, he certainly is now.

Having played the majority of his international career at full-back, Willemse switched to fly-half when Handre Pollard suffered a knee injury midway through the Rugby Championship. 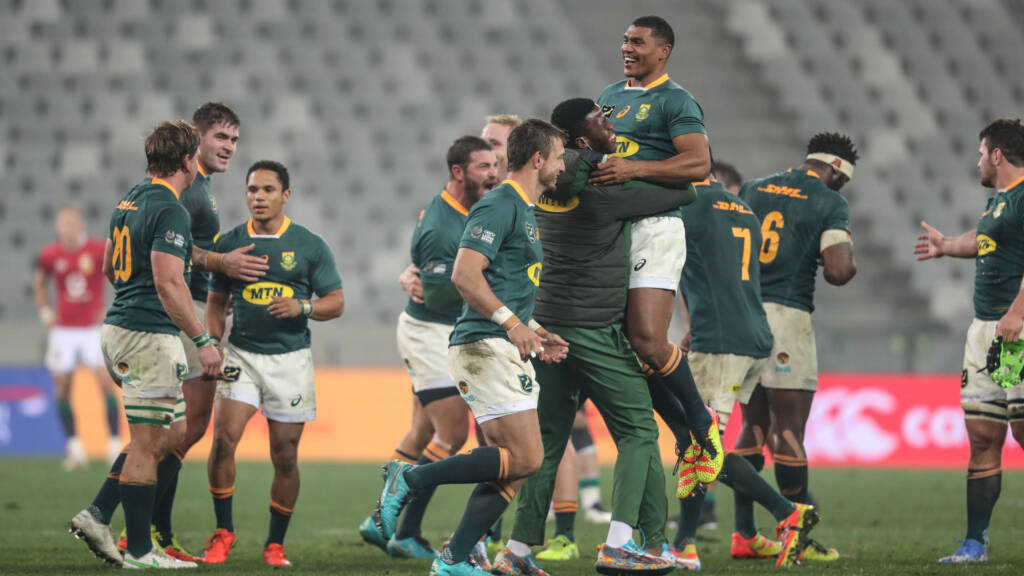 Pollard has since sustained a fresh setback and with Elton Jantjies also out, Willemse is set to continue in the role that saw him receive rave reviews against Australia and Argentina.

The main competition for his place in the Autumn Nations Series is the uncapped Manie Libbok, who regularly occupies the fly-half spot for Stormers.

Handre Pollard would almost certainly be on this list if it were not for the new Leicester Tigers signing’s extended layoff. The same can be said for Quade Cooper who is fighting a race against time to get back to full fitness for the World Cup next year. Give it a year and Sacha Feinberg-Mngomezulu might have both the Springbok No.10 jersey and a place high on this list. Finally, Bernard Foley gets the nod for the Wallabies’ meeting with Scotland on Saturday, but after his performance against New Zealand in September the 33-year-old just misses out here.