Rivalries ignite when the best of the north meet the best of the south in the annual autumn dust-up – with the month of November playing host to so many classic matches.

The 2022 Autumn Nations Series finally gets underway this weekend as Scotland host Australia at BT Murrayfield in the final set of meaningful fixtures between the best sides two hemispheres before the Rugby World Cup next year.

However, it is also a chance to open old wounds, resettle old scores and relight some of the greatest rivalries in sport.

Here are some of our favourites from times gone by.

Something special was brewing at Rugby HQ at the turn of the Millennium and, a year out from the 2003 World Cup, England produced one of their finest autumn campaigns.

A week after they put New Zealand to the sword, between England secured a third consecutive victory over world champions Australia. 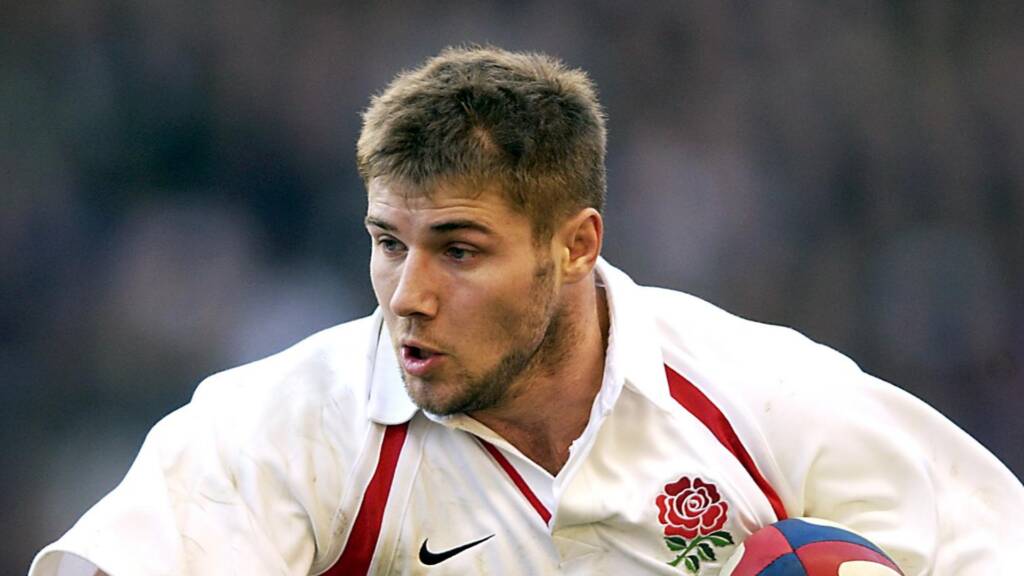 Ben Cohen finished off a well-worked team try in the corner after James Simpson-Daniel’s break but Elton Flatley’s try under the posts just before the break saw England’s lead cut to 16-13.

Australia added a second score just after half-time through winger Wendell Sailor to take the lead for the first time and, when Flatley secured his brace in after picking up the loose ball from deep, it seemed like the Wallabies were heading towards victory.

Cohen had other ideas, however, and scored a second of his own to hand England a famous victory.

Of our five classics here, this is the match with the fewest tries but was by no means any less gripping.

Scotland had only defeated South Africa four times in their entire history, and only once (in 2002), since 1969.

They were facing the reigning world champion Springboks a week after a humbling 49-3 defeat at the hands of New Zealand. 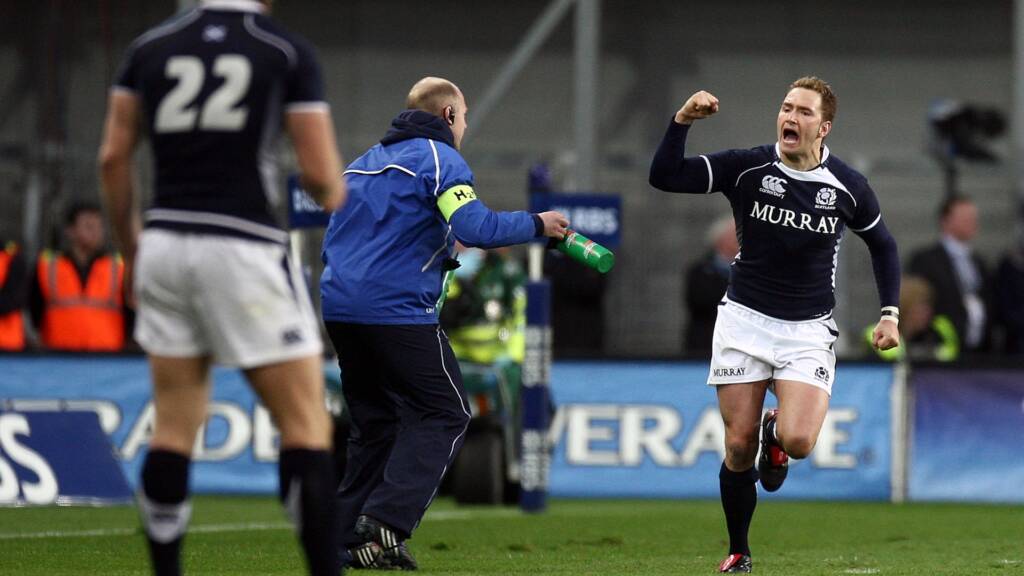 Scotland defended admirably throughout, and led 12-9 at half-time courtesy of Dan Parks’ boot, with Morne Steyn kicking three penalties of his own for the visitors.

Parks’ immaculate second half from the tee proved enough for a famous Scotland victory at BT Murrayfield, with Willem Alberts’ try for the Springboks proving to be just a consolation.

Probably one of the biggest shocks in Autumn Internationals history, Samoa stunned Wales under the Friday Night Lights at Principality Stadium.

Fa’atoina Autagavaia put the away side into the lead after just one minute after a sensational break from Taiasina Tu’ifua.

Wales worked their way back into it, however, and through two Leigh Halfpenny penalties and an Ashley Beck intercept try, managed to regain the lead by half-time.

But George Pisi’s outrageous finish in the corner gave Samoa the lead just six minutes into the second half. 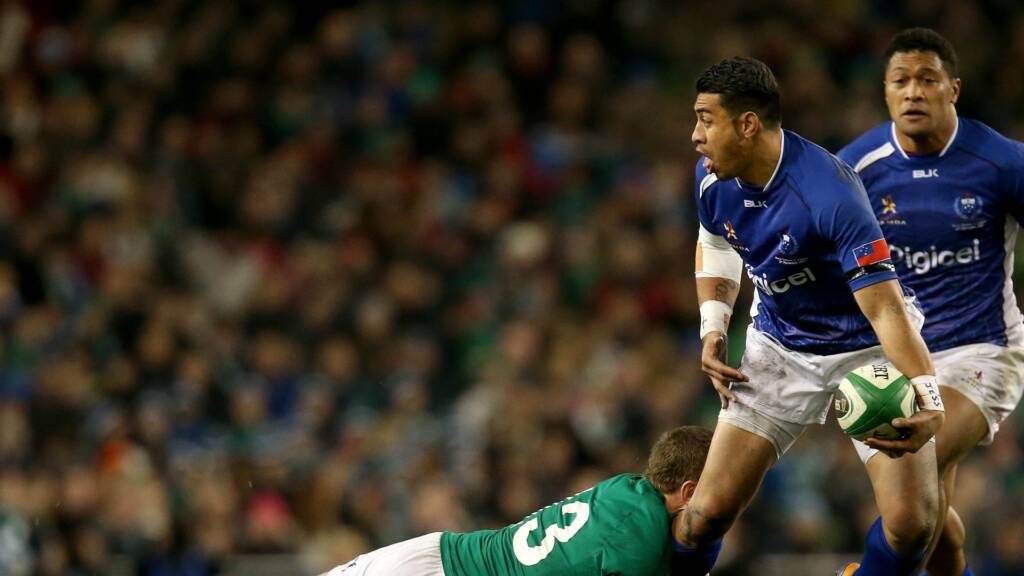 Tusi Pisi and Halfpenny traded penalties, with Samoa still leading 21-19 in the last five minutes, before David Lemi’s chip bounced away from the Wales full-back and allowed Johnny Leota to dot down and seal a famous Samoa victory.

More than 100 years since their first meeting, Ireland were still waiting to beat New Zealand and, at Soldier Field in Chicago, nobody expected that to change.

But, despite George Moala’s try after just four minutes, Ireland stormed into a 25-8 lead at half-time courtesy of tries from Jordi Murphy, CJ Stander and Conor Murray and two Johnny Sexton penalties.

When Simon Zebo extended that lead to 30-8 just after the interval, belief started to filter around Chicago and beyond from the Irish supporters.

But a classic All Blacks comeback was inevitable, and in just 12 second-half minutes they registered three quick tries of their own through TJ Perenara, Ben Smith and Scott Barrett to make the score suddenly 33-29.

It was a tense atmosphere but when Robbie Henshaw crashed over with five minutes to go, Ireland fans were delirious as the Men in Green soaked up a famous win.

The All Blacks are so often the ultimate test of a team’s credentials and France passed with flying colours in the 2021 Autumn Nations Series.

Fabien Galthie’s men narrowly missed out on Six Nations glory in 2020 and 2021 but the signs were clear – Les Bleus were a force again under a buccaneering new head coach.

France v New Zealand is one of the great rugby rivalries and in 2021, they served up a thriller to match the occasion.

France led 24-6 after an incredible first half, courtesy of a brace of tries from Peato Mauvaka and a Romain Ntamack score, as well as Melvyn Jaminet’s perfect kicking from the tee. 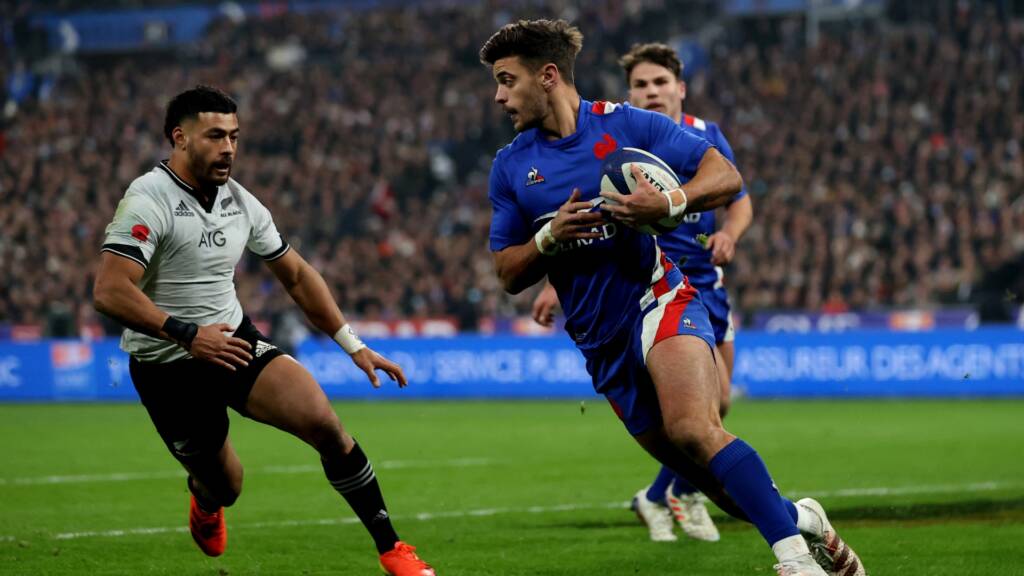 As they always seem to do though, the All Blacks bounced back and scored three tries after half-time through Jordie Barrett, Rieko Ioane and Aaron Smith and it was suddenly a two-point match.

The next score was always going to be vital, and it was a Jaminet penalty, followed by Damian Penaud’s intercept try that sealed victory for France.