Fourteen teams will play across 21 matches at some of the greatest stadiums in world sport, from Twickenham to the Stade de France, and the Aviva to and the Stadio Olimpico.

It all starts on Saturday, as Scotland welcome Australia to BT Murrayfield in the only match of Halloween weekend but once the winners have spooked their rivals, the floodgates well and truly open in the annual north v south dust-up.

A scan of the fixture list shows just why Christmas has come early for rugby supporters across the world.
Ireland v South Africa? They play in Round 2. England v New Zealand? Pencil in November 19. Wales v Australia? It’s on November 26. Every weekend promises mouth-watering fixtures.

Add to the mixture next year’s Rugby World Cup, looming ever larger on the horizon, and you can promise this is a month not to be missed.

The Autumn Internationals have long been among the most anticipated matches of the year for casual fans and die-hard supports alike, with the Autumn Nations Cup (2020) and the Autumn Nations Series (2021) taking the competition to the next level in recent seasons.

The teams of the Guinness Six Nations are playing host, with every match in England, France, Ireland, Italy, Scotland or Wales, while Rugby Championship winners New Zealand headline those migrating north.

Australia, South Africa and Argentina join them, while the likes of Samoa, Fiji, Japan and Georgia complete the line-up.

After Scotland and Australia meet for the 34th time, the storylines that follow are endless.

Ireland are the world’s number-one ranked nation following an historic series win in New Zealand last summer – but have not won the Guinness Six Nations in almost five years. 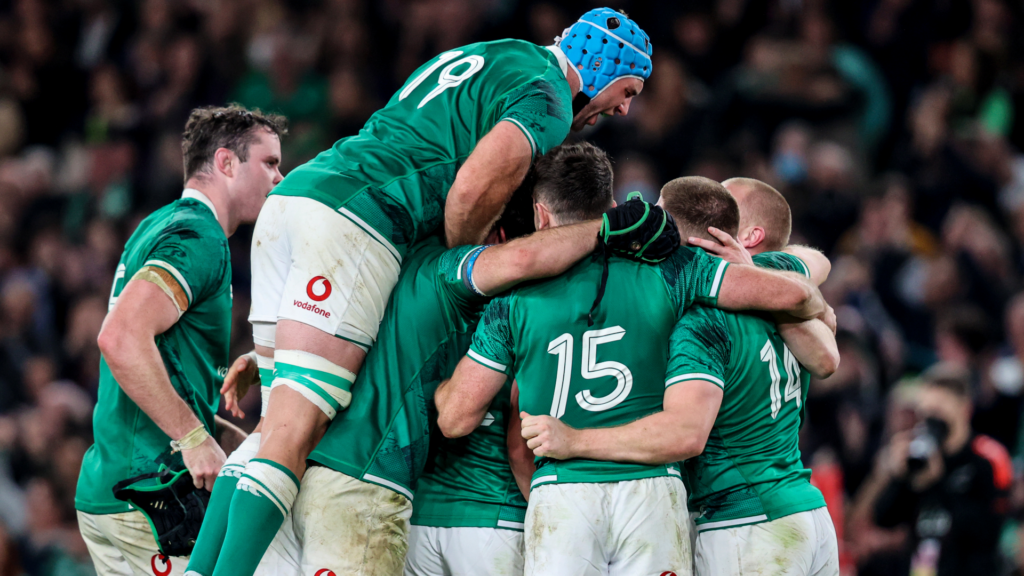 They won’t face a Northern Hemisphere foe until February but do host South Africa, the reigning world champions and the team ranked third in the world, for the first time since 2017.

South Africa are at the centre of some of the biggest matches this year and will hop across to the Orange Velodrome in Marseille to visit Grand Slam champions and the world’s second-ranked team, France, a week later.

The French public have fallen back in love with their team again and, a year from the World Cup on home soil, will be expecting further evidence they can compete to win it all.

South Africa will, of course, love to spoil the party and have not lost to France in 13 years. A resurgent Les Bleus v a confident Springboks under the Saturday night lights in Marseille? Don’t miss it.

Wales and New Zealand do battle in Round 2, with the hosts hoping rediscover the form that led them to a 2021 Six Nations title and banish painful memories from their 2022 defence.

Wherever the All Blacks go, an electric atmosphere follows and it’s their trip to play England on November 19 that will perhaps have fans salivating most.

The two behemoths rarely meet – this will be just their third in eight years – and there are plenty of scores to settle.

New Zealand were perhaps fortunate to leave Twickenham 16-15 winners on their last visit four years ago, leaving the home fans seething, but Eddie Jones’ troops exacted revenge in the World Cup semi-final a year on.

Australia, who lost 2-1 to their great rivals England in the summer, may be unpredictable but are always entertaining, and the only guarantee in their matches with Scotland, France, Italy, Ireland and Wales is points – and plenty of them.

Add in the colour and spice from Argentina, coached by the lively Michael Cheika, a stylish Japan and the swaggering Flying Fijians, Samoa and Georgia and it’s going to be a fun-filled five weeks.

The full list of fixtures can be found HERE.

Amazon Prime Video is the main destination for fans in the UK and Ireland.

All 21 matches are exclusively live on Prime Video for fans in the UK, while Ireland residents have a choice between Amazon and RTE for Ireland home games.

The full list of broadcasters can be found HERE.

It would not be the Autumn Nations Series without our new Fantasy Rugby game. Click HERE to sign up and begin picking your team for the next five weeks.

And if you need some advice, our website is choc full of it. From deep dive props to the players you must have at all cost, stay tuned to www.autumnnationsseries.com for all you need to know.

Reading: 2 mins
Previous Story Power rankings: Our top five Southern Hemisphere back row forwards
Next Story When are the teams announced for Round 1?