With the Rugby World Cup just a year away, England head coach Eddie Jones is searching for answers to build on the series victory in Australia this summer.

After a disappointing Guinness Six Nations, selection dilemmas make the Autumn Nations Series a crucial set of fixtures for Jones, as he seeks to find the right formula for England to go one better than their runners-up finish in 2019.

Injuries to key players like Alex Dombrandt and Jamie George also open the door of opportunity this autumn, with games against Argentina, Japan, New Zealand and South Africa giving some players the chance to stake their claim.

But with plenty of question marks over exactly who will get the nod, what starting XV might we expect from Jones next month?

A foot injury to George earlier this month ruled the Saracens hooker out of the Autumn Nations Series, meaning Jones has had to look elsewhere for his number two, with Jack Walker and Nic Dolly also missing through injury.

Luke Cowan-Dickie has long played second fiddle to George, with just eight Test starts since debut in 2016, but this autumn presents a chance for the Exeter Chief to claim the starting berth as his own.

Uncapped George McGuigan is another option available to Jones, with the Newcastle Falcon a prolific try scorer in the Premiership.

His ability from set-pieces could provide England with a different option, especially late on in games, while Jack Singleton is back in the frame having been number three in Japan, but the shirt is Cowan-Dickie’s to lose. 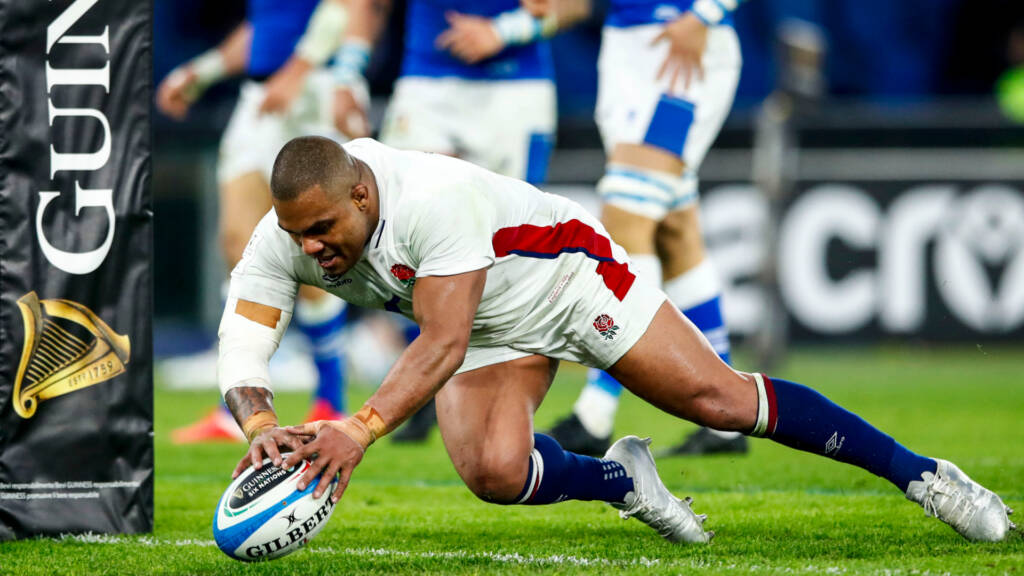 Kyle Sinckler’s return to the squad is timely for Jones, heavily bolstering options at tighthead prop, with the Bristol Bears player likely to push for a start, especially with Will Stuart absent.

Clubmate Ellis Genge will be hoping to claim the opposite berth at loosehead but will face a fight on his hands against Mako Vunipola as to who will start.

It is an experienced trio that Jones knows plenty about, while he will be looking to learn plenty about his three other younger options.

Leicester tighthead Joe Heyes has just five caps, and will hope to push Sinckler for the No.3 shirt, while twice-capped Bevan Rodd and uncapped Val Rapava-Ruskin will hope for minutes to show what they can do from the bench.

If there are few nailed-on starts in this England squad, then Maro Itoje is one of them.

The Saracens lock is far and away England’s finest in the second row but a large question mark sits alongside him at the heart of the English scrum.

Charlie Ewels, Nick Isiekwe, and Ollie Chessum are all absent with injury, meaning Jones has a chance to try out other combinations alongside Itoje.

Jonny Hill is the most likely candidate to start, with the Sale Shark part of the squad that toured Australia in the summer and a British & Irish Lion last summer.

Uncapped youngsters Alex Coles and Hugh Tizard are two exciting options amongst the likely replacements, while David Ribbans will hope to challenge Hill for a start in at least one of the four matches after establishing himself as one of the standout second rows in the Premiership for Northampton.

Should Jones look for a wildcard option stalwart Courtney Lawes could be deployed in the second row instead of his more favoured blindside flanker. 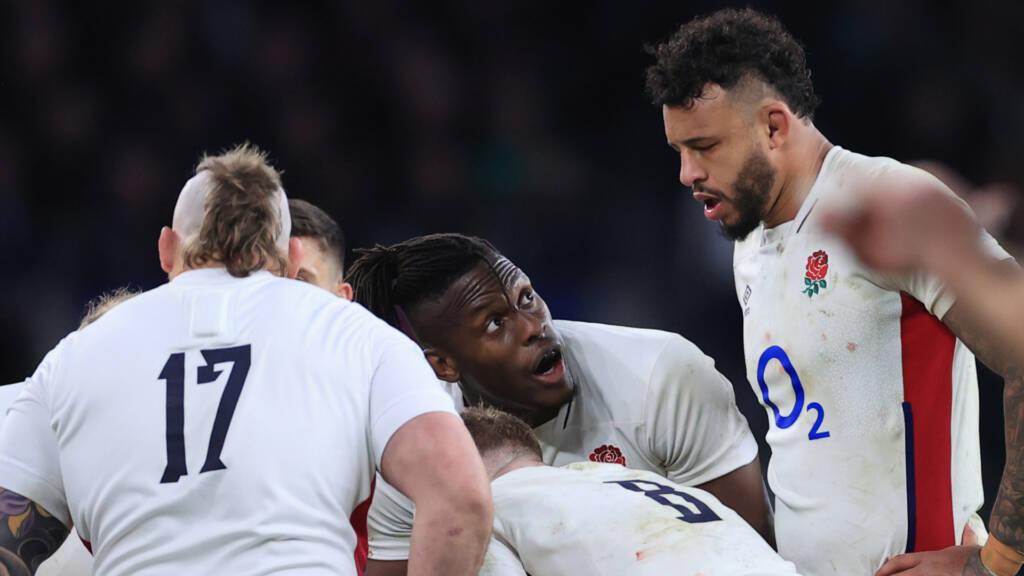 However Lawes is far more likely to be seen with a six on his back this autumn.

The Northampton Saint currently sits on 96 caps, meaning an appearance in all four matches will see him a notch a century, and he is in a good position to do that from the blindside as a key lieutenant of the Jones regime and the most recent captain.

The loose forwards is one area where Jones has more depth and experience than most this autumn, meaning a clear starting three is not as easy to pick as in other areas of the field.

The absence of Alex Dombrandt means there is a vacancy at No.8 that Sam Simmonds and Billy Vunipola, now back in the international fold, will both be hoping to fill.

Vunipola started all three of the Tests against Australia in the summer, with the Montpellier-bound Simmonds absent from that tour with a hip injury. 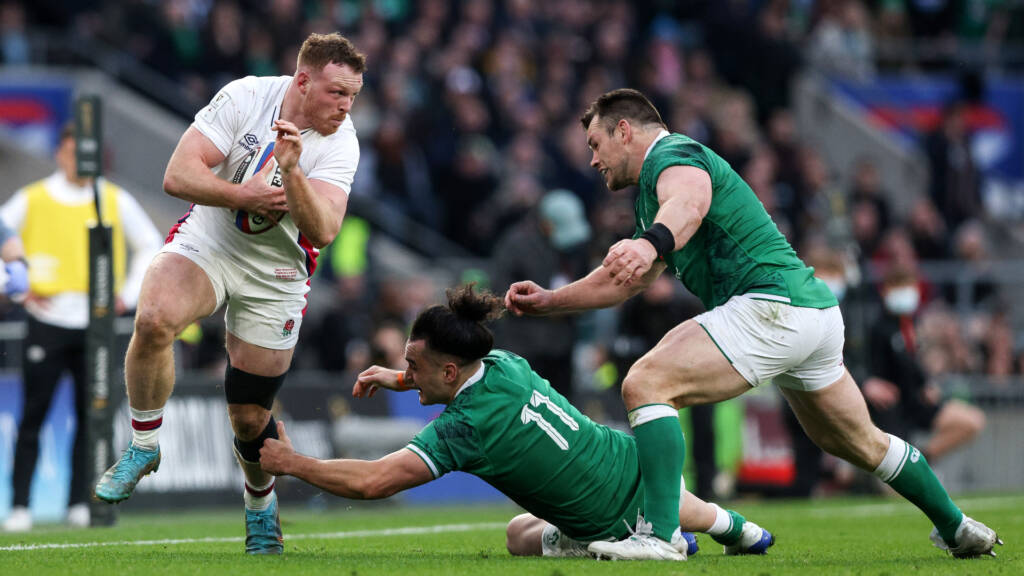 It means the more experienced Vunipola likely takes the advantage heading into the autumn, but 2020 European Player of the Year Simmonds is hard to beat on his day.

It will be a straight shoot-out between the pair, while Tom Curry and Jack Willis will look to earn the final starting spot at openside flanker, with no place for Premiership Player of the Year Ben Earl in the squad.

Curry started two of the three Tests in Australia, with the injured Sam Underhill beginning the other, so it will be up to Willis to dethrone the Sale Sharks forward.

The situation at fly-half is one that is fairly simple, with Marcus Smith the long-term owner of the No.10 jersey.

Smith has been a key cog in the England machine since his debut last year, and despite having just 13 Test caps to his name is now one of the first names on the team sheet.

The key decision for Jones will be at scrum-half, where he has options at either end of their international careers.

All-time men’s appearance holder Ben Youngs is included once more and will provide vital experience on and off the pitch for Raffi Quirke and Jack van Poortvliet, with just two and three caps respectively.

It feels as if there is a real opportunity for both young half-backs to make a strong claim to become Jones’ first-choice scrum-half heading into a World Cup year.

Van Poortvliet impressed Down Under as England struggled for clarity at nine, while Quirke is now proving his credentials with regular stars at Sale Sharks after the departure of Faf de Klerk.

With Smith now installed at fly-half, Owen Farrell appears to be increasingly at home at inside centre for England.

There have been plenty of column inches dedicated to how to get the best out of two of England’s best talents while on the pitch at the same time, but Jones seems resolved to keeping the pair in their current positions.

A joint playmaking axis, should it work, could be potentially devastating with Farrell providing control and guile to Smith’s electric ability with the ball in hand.

🎙️ “The last person they want to see coming on is @Manutuilagi“

Jones must then decide who pairs with Farrell in midfield, with Leicester Tigers’ Guy Porter the man in possession at 13. Henry Slade and Joe Marchant both missed out, while there is also no place for Ollie Lawrence.

Porter only made his debut this summer after excelling for Tigers as they romped to the Premiership title domestically and will hope to hold onto the starting berth he earned in Australia.

Looking to take it off him will be Will Joseph and Manu Tuilagi, who both have different points to prove this autumn.

There is little doubting the raw talent and power possessed by Tuilagi, the task for Jones is to unleash it in an England jersey, while Joseph has just a single cap to his name but is one of the most exciting young talents to come through the ranks in recent times.

At this point, Tuilagi still feels like a guaranteed starter if fit.

Like Itoje, Smith, and Farrell, Freddie Steward is another whose name can already be written into Jones’ team sheet for the clash against Argentina.

The Leicester Tigers full-back is England’s best, and the 21-year-old produced performances beyond his years in Australia to increase his iron grip on the 15 shirt.

What is less clear is who will make up the rest of the back three. Uncapped Harlequins winger Cadan Murley has seven tries in five Premiership matches this season and has established himself as one of the most clinical finishers around, but Jones may want a more rounded wide player.

That could see the nod go to Saracens’ Max Malins or Bath’s Joe Cokanasiga, while stalwarts Jonny May and Jack Nowell are both included and could be candidates to start as two figures who in which Jones has huge faith.

The joker in the pack is Henry Arundell, with the London Irish flyer irrepressible at times for his club and made the perfect start to his international career with a try against Australia with his first touch.

Whether Jones has the faith to start the 19-year-old at Test match level remains unknown.