South Africa head coach Jacques Nienaber has announced a 26-man squad for a three-day training camp ahead of the Autumn Nations Series.

The Springboks will play Ireland, France, Italy and England in November and will start their preparations on Sunday when they meet in Stellenbosch.

All 26 players involved in the training squad were involved in their summer Test series with Wales or the Rugby Championship, in which South Africa finished agonisingly behind New Zealand.

However, there is no place for fly-half Elton Jantjies, who was sent home from their Rugby Championship match with Argentina last month.

Those involved in the United Rugby Championship will head back to their respective teams on Wednesday October 26.

The squad contains 17 players based in South Africa and a further nine plying their club trade in Japan, with all players involved in Europe set to join up with the squad upon their arrival in Dublin on October 30. 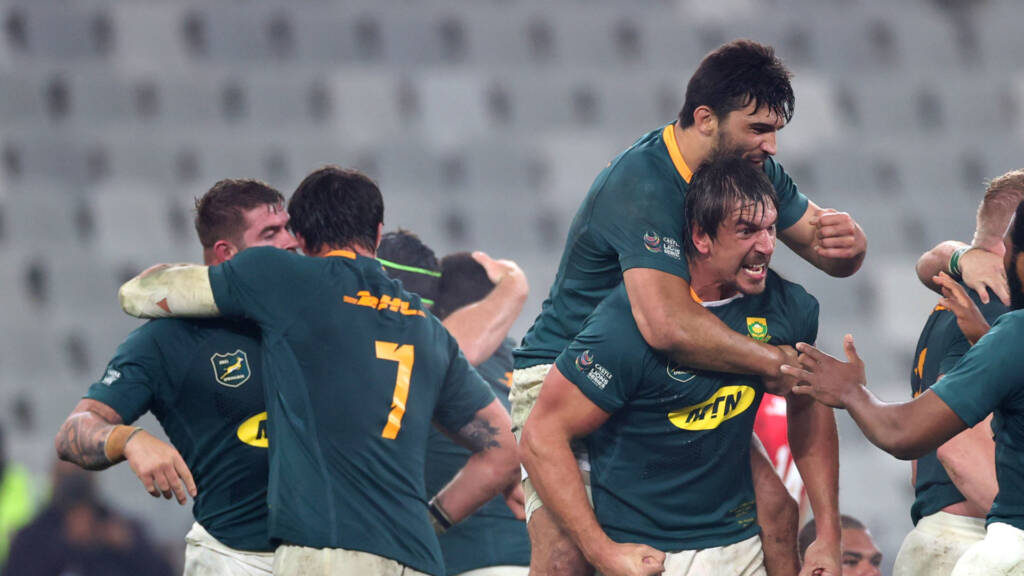 South Africa will take on Ireland, France, Italy and England in a hectic autumn, while South Africa ‘A’ will clash with Munster and Bristol Bears.

Nienaber said: “We are departing for the year-end tour next Saturday, so it is vital that we get the players back into our structures and our usual training programme so that they are raring to go by the time we depart for Ireland.

“There are some players who didn’t get much game time in the Rugby Championship and who will benefit immensely from the additional game time next week in the United Rugby Championship, while it is important for the Japanese-based players to get back to national training.

“It may be a short camp, but we have clear objectives, and we know what boxes we need to tick as we look forward to what is going to be a challenging year-end tour.

“We are facing the No 1 and No 2 teams in the world in Ireland and France, and then we line up against Italy and England, both of whom will test us to the limit, so the sooner we get into the swing of things, the better.”