There was a time when Wales against Australia matches always seemed to follow the same script – thrilling try-fests that ended in heartbreak for the Welsh.

In fact, between 2009 and 2017, the Wallabies won 13 in a row against what was then Warren Gatland’s side, many in the most dramatic of circumstances.

Now it is Wales who are on a three-game winning streak in meetings between the two, and with another match-up in the Autumn Nations Series, we could have another cracker in store.

But before we look ahead, let’s take the time reminisce over five classics that the teams have played out in recent times.

We start back in 2006 and the only draw the two teams have played in a thrilling encounter in Cardiff.

Early tries from Cameron Shepherd and Matt Giteau, playing in the unusual position of scrum-half, allowed Australia to open up a 17-6 lead but Shane Williams got over before the break and the Wallabies led by just one.

Wales burst out of the blocks in the second half, taking the lead through a James Hook penalty before Martyn Williams’ opportunistic score made it 26-17.

Shepherd got in for his second to cut the deficit to two points and then Chris Latham scored a stunning try down the left touchline after a loose kick. But Hook’s penalty with ten minutes to go levelled matters and that was how it remained despite late Australian pressure.

Fresh from their heart-breaking semi-final loss to France, Wales took on Australia in the third-place play-off at the 2011 World Cup, a repeat of the fixture at the very first World Cup 24 years earlier.

In 1987, it was Wales who came out on top, but the Wallabies got their own back this time around. A scything run from Berrick Barnes saw him race over for the opening try, only for Wales to strike back through Shane Williams after clever work from Mike Phillips and James Hook. 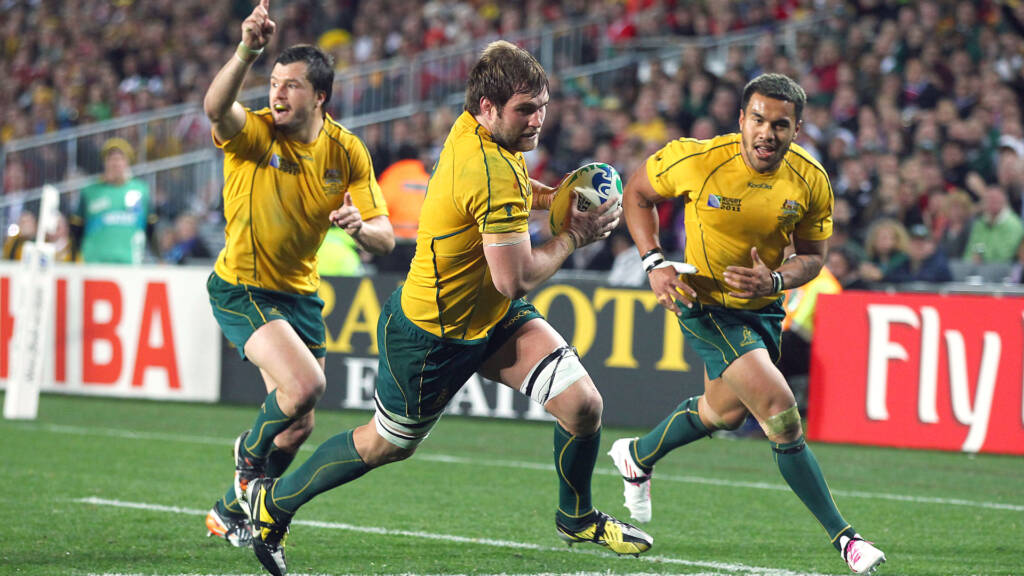 Barnes’ drop goal stretched Australia’s lead to 16-8 with 13 minutes remaining, with Ben McCalman effectively sealing the win when he got over with five minutes to go to make it 21-11.

Wales had the final say, Leigh Halfpenny going over with the clock in the red, but it was too little, too late.

By 2014, Australia had the wood on Wales, and when they went to Cardiff in the autumn, they were looking to make it ten wins in-a-row in meetings between the sides.

The home side enjoyed the perfect start, Rhys Webb with a trademark dummy to get over following a Sam Warburton break.

Australia hit back when Michael Hooper slipped a tackle before sending Israel Folau over, and the full-back added a second by picking off Webb’s telegraphed pass and racing 80 metres.

Wales hit back when George North broke through and put Alex Cuthbert away with two converted tries apiece after 25 minutes.

Tevita Kuridrani then broke through the tackles of Alun Wyn Jones and Cuthbert to put Australia back in front, only for Jones to strike back on half-time as the teams went in 21-21.

Two Bernard Foley penalties gave Australia a six-point lead that was erased by a penalty try from a dominant Welsh scrum.

Australia just knew how to win these games though, and Foley struck a drop goal with six minutes remaining before adding a penalty. When North lost control on Wales’ final attempt to come back, it clinched a tenth straight win for the Wallabies.

For the second World Cup running, Wales and Australia found themselves in the same pool and a year on from finally ending their Wallaby hoodoo, Warren Gatland’s men did it again to take top spot.

They made a dream start with Dan Biggar dropping a goal after 36 seconds, before his cross-kick was brilliantly claimed by Hadleigh Parkes for the opening try. 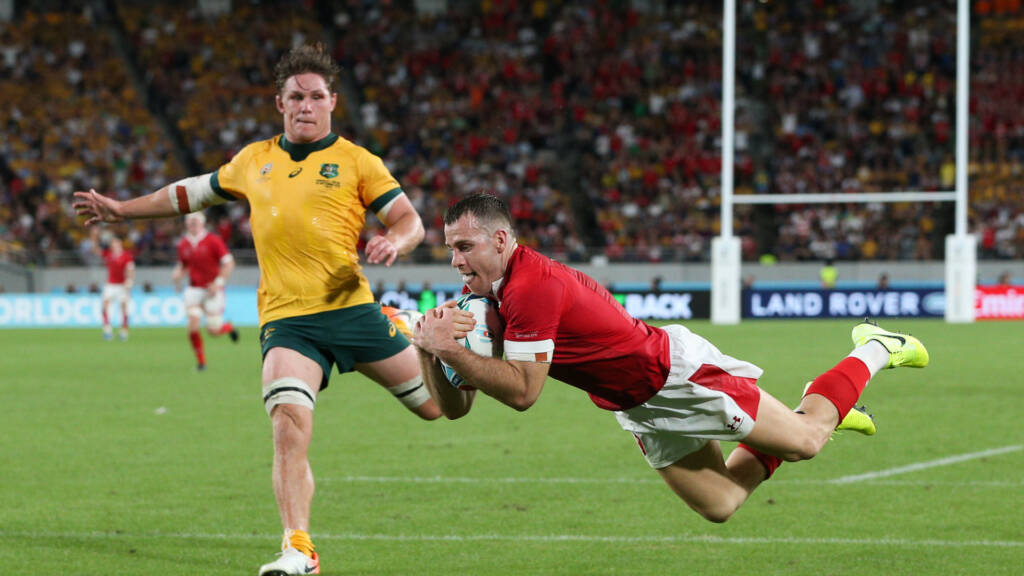 Australia responded in kind, Adam Ashley-Cooper getting on the end of Foley’s cross-kick but the key moment came just before half-time. Australia trailed 16-8 but were in Wales territory pushing for more points. Instead, Gareth Davies made a trademark shoot out of the line to pick off Will Genia’s pass and sprint 60 metres for the second Welsh try.

At 26-8, the game seemed over, but Australia hit back through Dane Haylett-Petty then Michael Hooper to cut the lead to four.

A penalty apiece meant that was the margin as the clock ticked towards the red, with Wales able to see it out and claim victory.

One of the most dramatic of all the meetings came in last year’s Autumn Nations Series as Rhys Priestland proved the hero for Wales.

Andrew Kellaway had given Australia the perfect start with a try after two minutes from Len Ikitau’s grubber. But when the Wallabies lost Rob Valetini to a red card for a dangerous tackle on Adam Beard after 15 minutes, their task became much harder.

Kurtley Beale followed him off for ten minutes for an intentional knock-on and Wales went over with a clever lineout move finished by Ryan Elias to lead for the first time on 22 minutes.

They led 16-13 at the break in a tight game, but stretched that lead when Nick Tompkins managed to bat a pass backwards, pick up and race away. 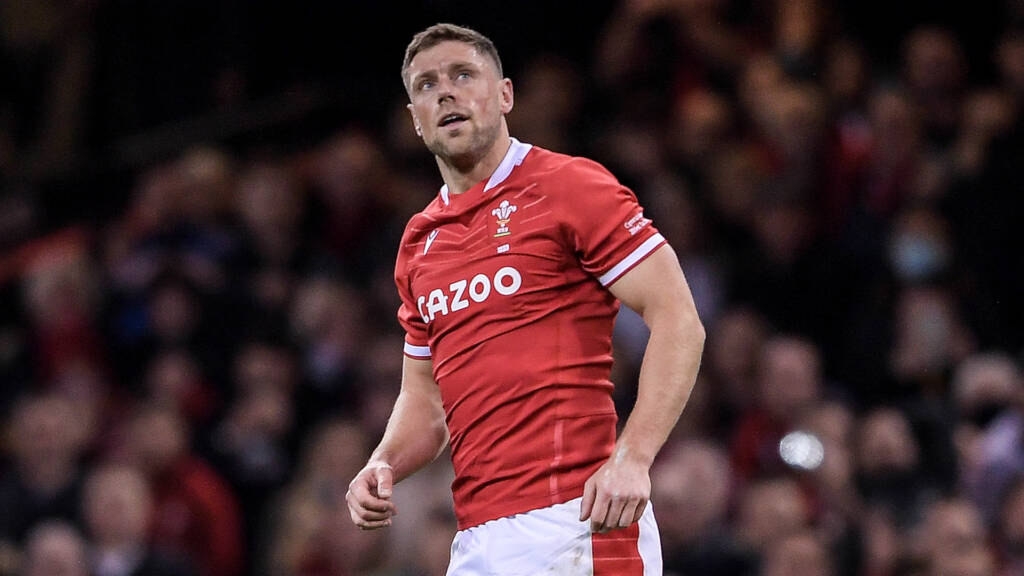 Gareth Thomas then saw yellow for a dangerous clearout, and at 14 v 14, Australia hit back through Nic White after Beale’s break.

Biggar pushed the lead back to six points, but Filipo Daugunu hit back for Australia in the corner. O’Connor’s conversion came back off the post, but Beale made it 28-26 with a long-range penalty with three minutes to go.

Wales had one last attack in them though, and earned the crucial penalty that Priestland slotted to escape with the win.