Veteran fly-half James O’Connor misses out, as 32-year-old Bernard Foley makes his return to the Wallabies for the first time since 2019.

Winger Andrew Kellaway and props Angus Bell and Scott Sio all return from injury, while Hunter Paisami, Allan Alaalatoa and Dave Porecki are back after missing the Rugby Championship fixtures against Argentina, where Australia were defeated 48-17 in the second Test.

Number 10 Quade Cooper suffered an Achilles injury in the first Test comeback victory over Los Pumas and his absence was keenly felt in the subsequent upset.

“It was a frustrating day and the boys were pretty embarrassed,” said Rennie. “We talk a lot about respect being earned daily.

“And the character that we showed the week before under difficult circumstances was massive for us. So to not back that up was massively disappointing.

“James [O’Connor] got a crack in the last Test. We thought his experience would be really important and wanted him to drive the ship and allow us to implement our plan, and we were pretty clunky, to be honest, lacked cohesion, and so he’s missed out on selection.

“I won’t give you all those details but as you’d imagine he’s pretty devastated. He’s desperate to be a Wallaby. 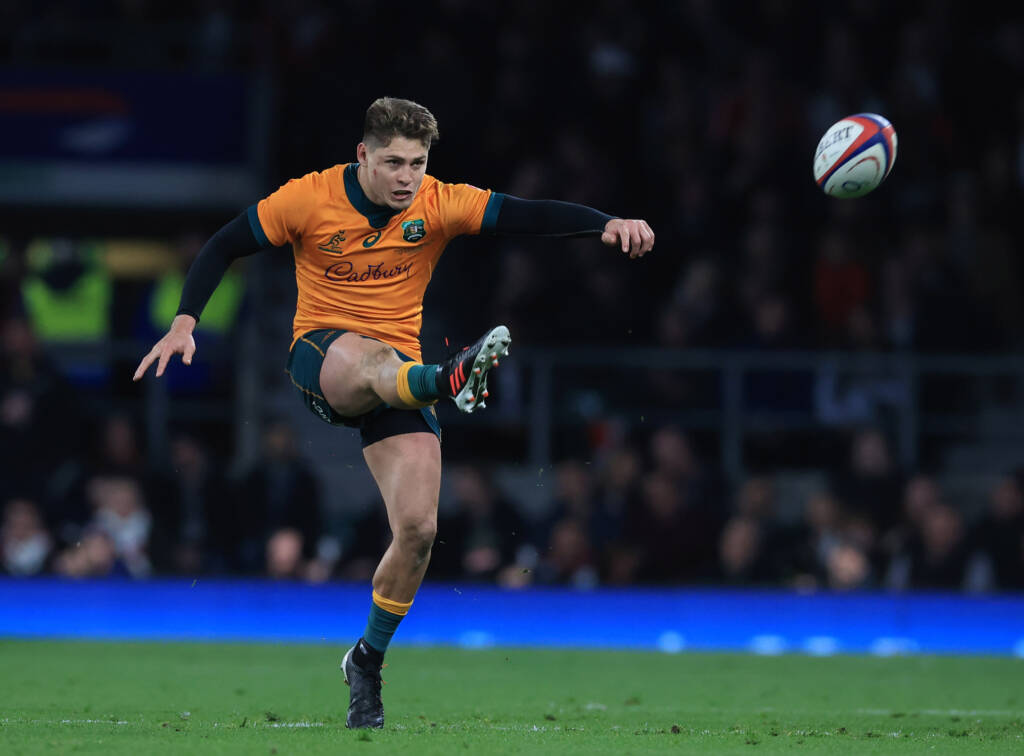 “As we know, based on injuries this year, opportunity could be around the corner. We’ll get together with him prior to the squad assembling just to sit down and go through his game.

“We’ll give him clarity around the shifts we need to see if he gets another opportunity with us.”

In his place, Rennie gave an indication that 22-year-old Noah Lolesio would be given an opportunity to impress against the Springboks.

“He’s a strong chance to be involved next week. He’s worked really hard on the little areas that he needed to make shifts beyond the England series,” said Rennie.

“He’s a good kid and he’s played a lot of big rugby for a young man – just about all his Tests have been against the top-four sides in the world.

“We definitely feel he’s going to be an excellent international 10, so you’ll see him feature during this series.”

As for Foley, who plays his club rugby in Japan for Kubota Spears, Rennie said his condition would be assessed ahead of the third and fourth rounds having not played competitively since May.

And looking ahead to welcoming the 2019 World Cup champions, the Wallabies head coach acknowledged the challenge ahead of his team.

“We know it’s massive,” Rennie said. “You look at the Springbok side, it’s very, very strong. It’s almost at full strength and they’ll be grumpy after their second Test lost to the All Blacks.

“We’re well aware of what’s coming. We’re going to have to be at our best, no doubt, and it’s a massive series for us.”