The summer Tests concluded with a thrilling finale weekend of action as several teams laid down a marker in style ahead of the Autumn Nations Series later this year.

With the series tied at 1-1, Andy Farrell’s Ireland had an opportunity to make history against New Zealand ahead of the deciding Test between Australia and England.

Both sides closed out the series with wins, coming from one Test down to do so.

The afternoon’s action got underway when Wales took on South Africa, falling short in their hunt for a first series win on Springbok soil, and the day drew to a close with a mouth-watering clash between Argentina and Scotland which went right down to the final play before the home side triumphed.

Here are some of the key talking points from across the rugby landscape as a fascinating summer of action came to an end.

Having become the first Ireland men’s side to beat the All Blacks on Kiwi soil last week, Farrell’s side put in a stunning first-half display to clinch their first series win in the country despite a 42-19 defeat in the opening Test.

The win was Ireland’s fifth victory in eight games against the All Blacks since the side’s first ever win over them in Chicago back in 2016.

Prior to that win, Ireland had suffered 28 consecutive Test defeats at the hands of New Zealand dating back to 1905.

Jonathan Sexton has started at fly-half in all five of Ireland’s wins against the All Blacks, and he kicked three conversions and two penalties in Wellington, scoring ten points that proved decisive at full time.

The sensational Freddie Steward scored as England beat Australia 21-17 to seal a 2-1 series win Down Under.

Steward and Marcus Smith crossed the whitewash either side of half-time after England appeared to be heading into the break 10-3 behind.

It is only England men’s second series win on Australian soil after Eddie Jones led his side to a whitewash in 2016. 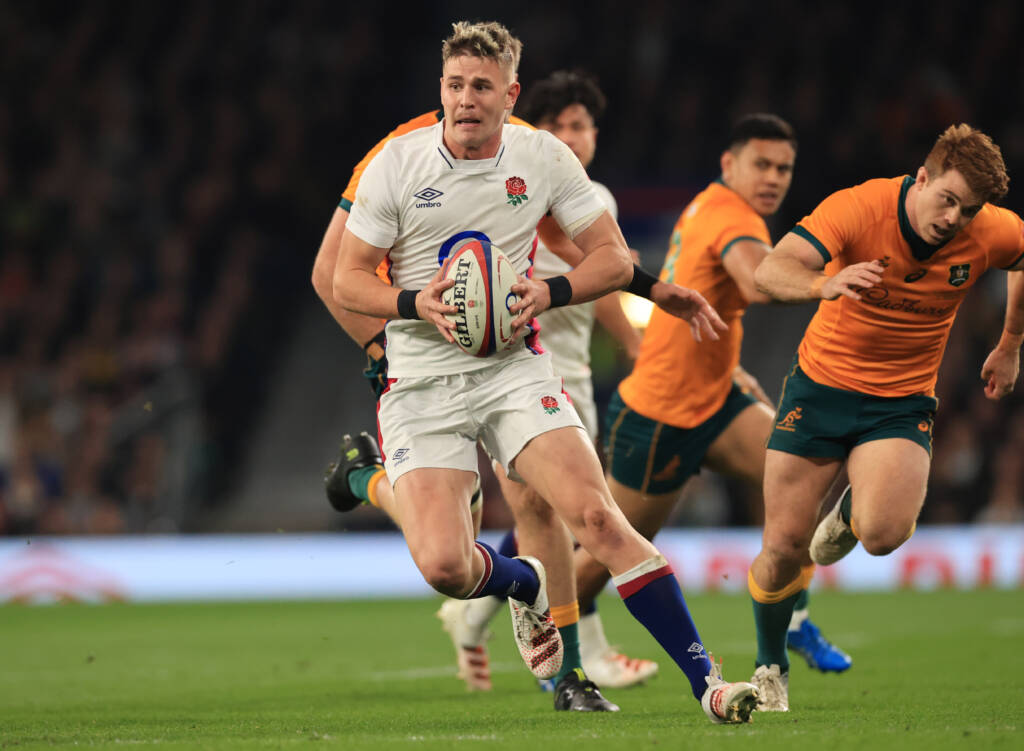 Exciting young half-back Jack van Poortvliet impressed after coming on in the first half for England legend Danny Care.

The win at Sydney Cricket Ground will be a huge boost to Jones’ side ahead of the Autumn Tests against South Africa and New Zealand, as well as next year’s Rugby World Cup in France.

The defeat may have been disappointing, but Wales winger George North celebrated a special occasion as he became his national side’s most capped back.

He also became the joint-third youngest player to represent Wales back in November 2010 against South Africa.

Wayne Pivac’s side were close to their first-ever series win against the Springboks on South African soil, but ultimately came up short against a well-oiled Springbok machine.

Heartbreak at the death for Scotland

Scotland travelled to Argentina without skipper Stuart Hogg and key contributors Finn Russell and Chris Harris, but their young squad came as close as it is possible to come to winning a series against Los Pumas.

In the end, Emiliano Boffelli, who plays his club rugby for Edinburgh, went over with the final play of the third Test before converting his own try in a 34-31 success.

It was a case of what might have been for the Scots, who led by as many as 15 points in the second half. Duhan van der Merwe crossed for two tries, while hooker Ewan Ashman did the same on his first Test start.

And it is Ashman’s emergence, as well as more youngster getting important game time in a high-pressure situation, which will likely be the biggest takeaway from this tour.

That Scotland could not quite finish the job will frustrate Gregor Townsend, the decision to kick for touch rather than taking three points while leading by four late on is certainly one that looks worse in hindsight.

But ahead of the Autumn Nations Series and the 2023 Guinness Six Nations, the increased depth from this tour will stand Scotland in better stead going forwards.

Reading: 4 mins
Previous Story Preview: Series on the line in four blockbuster clashes
Next Story Standout players from the summer who have stepped up ahead of the Autumn Nations Series