South African rugby dominated the awards on Saturday at the South African Sports Awards in Durban, winning five in an excellent evening for the Springboks.

South Africa Rugby was named the National Federation of the Year, in a period in which South Africa lifted the William Webb Ellis trophy and claimed a Castle Lager Lions Series victory.

Sportsman of the Year was won by try scoring machine Makazole Mapimpi, scorer of one of the tries in the Rugby World Cup final.

The People’s Choice Sports Star of the Year award was won by Springbok captain Siya Kolisi who lifted the Webb Ellis trophy in Yokohama in Novermber 2019.

Mark Alexander, President of SA Rugby was delighted at the success of the Springboks at the awards, congratulating the winners and thanking the whole rugby community for the success.

He said: “This is a proud day for the Springboks and SA Rugby, and I would like to extend my sincere gratitude to all the winners for their hard work and dedication on and off the field. 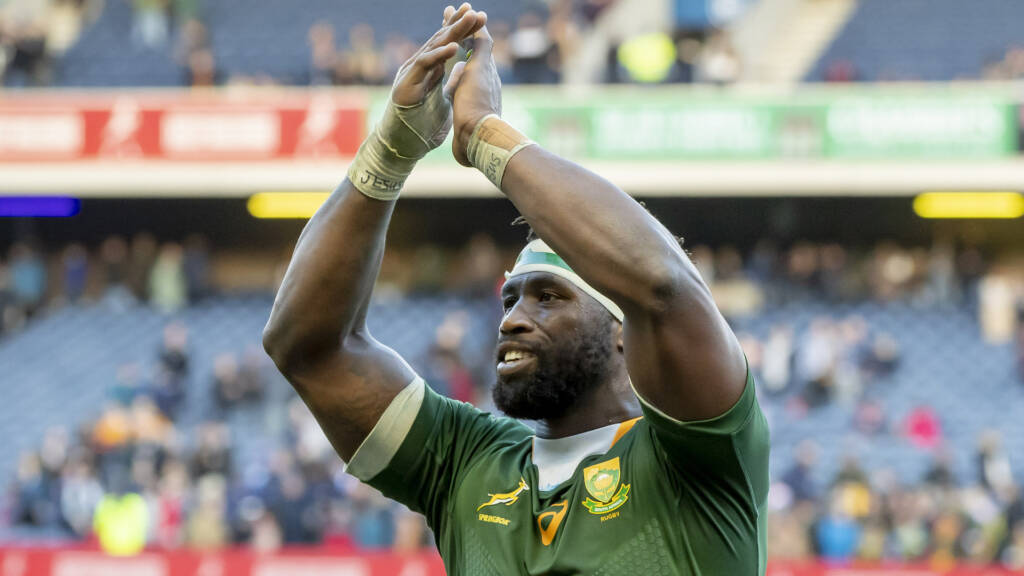 “Winning five awards in the country’s biggest awards ceremony is a massive achievement.

“The COVID-19 pandemic wreaked havoc around the world in the last two years and it placed SA Rugby under huge strain with matches being cancelled and the sport literally coming to a halt for almost two full seasons, so to win the National Federation of the Year award was also very rewarding.

“I would like to take this opportunity to thank everyone at SA Rugby and in the extended rugby family for putting in the hard yards behind the scenes for their contribution to this success, and I am confident that they will continue to strive to ensure that the organisation remains one of the best in the country, if not the world.”

Alexander also praised Erasmus, Mapimpi and Kolisi for their individual awards over the two-year period.

“We are blessed to have some of the most talented coaches and players in the world in our ranks, and it gives me great pleasure to see Rassie, Makazole and Siya receive the recognition they deserve for their achievements,” said Alexander

“Each one of them has played a vital role in the Springboks’ success in the last few years, and I believe that that they will continue to be prominent figures when the team returns to the field in July for what will be an important season as the team prepares for the Rugby World Cup in France next year.”