While the likes of England, France and Ireland stole the headlines, the November fixtures provided an opportunity for several nations to test themselves against the very best.

The rising stars who shone brightest in the Autumn Nations Series

In the final part of our review of the Autumn action, we look at how Japan, Tonga, Fiji, Uruguay and Georgia got on against some of rugby’s heavyweights.

The Brave Blossoms have had a busy end to the year, taking to the field against Ireland and the Lions in the summer before playing four more times in 2021 – including two Tests in the Autumn Nations Series.

Having pushed Australia close at Oita Stadium in October, Jamie Joseph’s side came up against an in-form Ireland in their Autumn Nations Series curtain-raiser in Week 2.

Andy Farrell’s men ran in nine tries against Japan in total as Johnny Sexton celebrated his 100th cap in style with one of those scores to help Ireland triumph 60-5 in Dublin.

It was a much different story to the last meeting between the sides in the summer, which saw the Brave Blossoms lose a thrilling contest 39-31 against a much-changed Ireland. 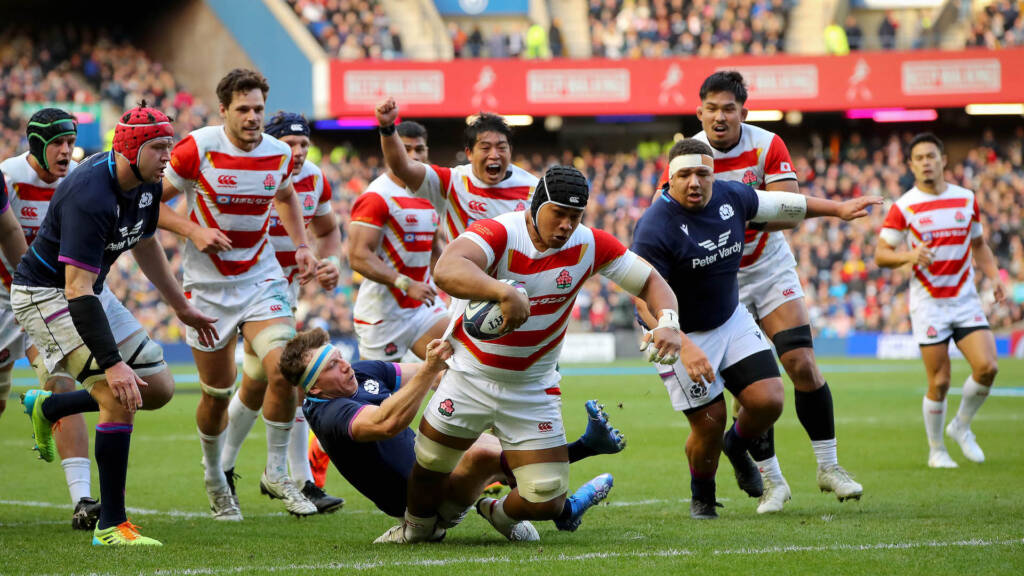 A first meeting with Portugal in between their Autumn Nations Series fixtures saw Japan get back to winning ways with a 38-25 victory before they travelled to Edinburgh to face Scotland.

While Stuart Hogg stole the show with his record-breaking try, Japan were much improved as Rikiya Matsuda’s boot and Tevita Tatafu’s try saw the visitors lose 29-20 at BT Murrayfield.

They might have only played once during the Autumn Nations Series, but Fiji certainly left an impression as they gave Wales a scare before succumbing to a 38-23 defeat.

The visitors raced into a 13-7 lead after Viliame Mata burst through and released captain Waisea Nayacalevu for the opening score as Ben Volavola added the conversion and a penalty.

Wales responded with a try from hooker Ryan Elias before Volavola added another penalty, but the momentum swung in the hosts’ favour on 25 minutes when Eroni Sau was sent off. 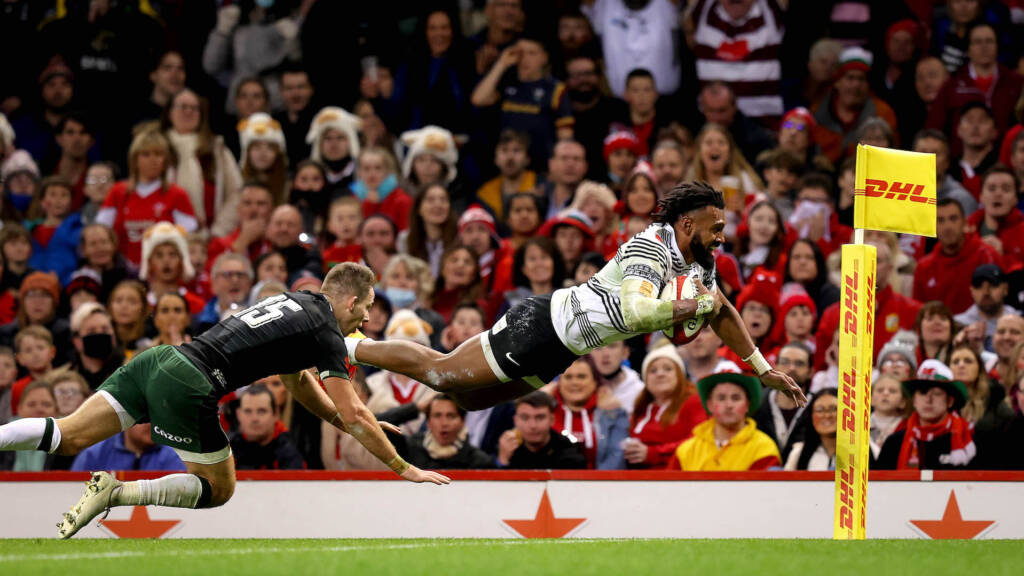 Wayne Pivac’s side took the lead for the first time with a converted try from Kieran Hardy, but the Flying Fijians lived up to their billing with a sensational second-half try.

Setareki Tuicuvu took a quick free-kick tap penalty and released Vilimoni Botitu and he gave the try-scoring pass to Nayacalevu, who cantered away for a converted try.

But for all of Fiji’s magic, Wales’ man advantage ultimately told as Elias went over again before Alex Cuthbert, Louis Rees-Zammit and Williams all dotted down to secure the win.

Another team with just one game during the Autumn Nations Series, Georgia provided France with a typically physical battle before losing out 41-15 in Bordeaux.

The Lelos held France in check for the first 20 minutes, but a pair of yellow cards made their task harder as the hosts scored three tries before the break to lead 24-3 at the interval. 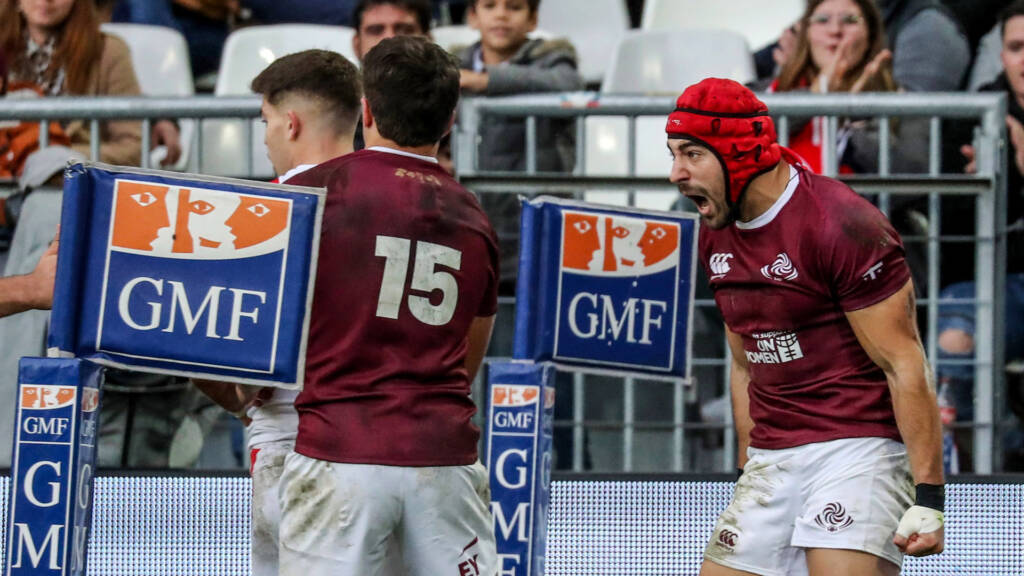 But France’s quality eventually proved too much for the Lelos, with Damian Penaud adding to his first-half try with another score following good play from Romain Ntamack and Gael Fickou.

With two minutes to go, Peato Mauvaka also went over for his second try from a powerful rolling maul to put the icing on the cake for Fabien Galthie’s side.

Georgia will certainly take a lot of encouragement from their second-half display, especially Tabutsadze’s try following a five-metre scrum and quick hands from the backs.

The scoreboard did not make for pretty reading for Tonga in the Autumn Nations Series as their two matches ended in defeats against impressive Scotland and England teams.

Playing in the opening match of the Autumn Nations Series, Tonga had no answer for a clinical Scotland at BT Murrayfield as Gregor Townsend’s side triumphed 60-14.

England ease to 11-try victory over Tonga at Twickenham

Kyle Steyn ran in four tries while Rufus McLean also crossed twice on his debut in the ten-try success, with Pierre Schoeman another player to score on his Scotland bow.

David Lolohea barged over for a consolation score while James Faiva kicked nine points but the visitors struggled to deal with Scotland’s ruthless attacking display throughout. 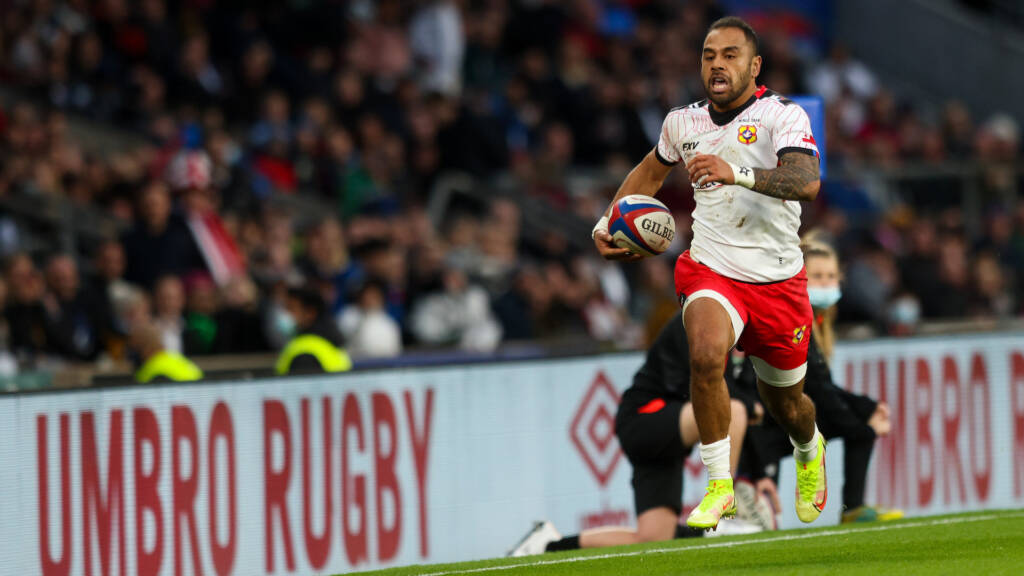 They followed up their trip to Edinburgh with a clash against England in Week 2 and it was a similar story as Eddie Jones’ men showed their class with a 69-3 victory.

Ben Youngs scored a brace after Adam Radwan had opened the scoring inside three minutes in the 11-try triumph, with Tonga’s ill-discipline ultimately proving their downfall.

It wasn’t until the final weekend of the Autumn Nations Series that Uruguay made their bow in the competition but their performance against Italy was well worth the wait.

While the Azzurri eventually prevailed 17-10 in Parma for their first win in two years, Uruguay threw everything at their hosts and were not far away from a historic victory.

Debutant Pierre Bruno broke the deadlock after 12 minutes but the floodgates never opened as many expected, with Federico Favaro’s well-struck penalty reducing the deficit to 7-3. 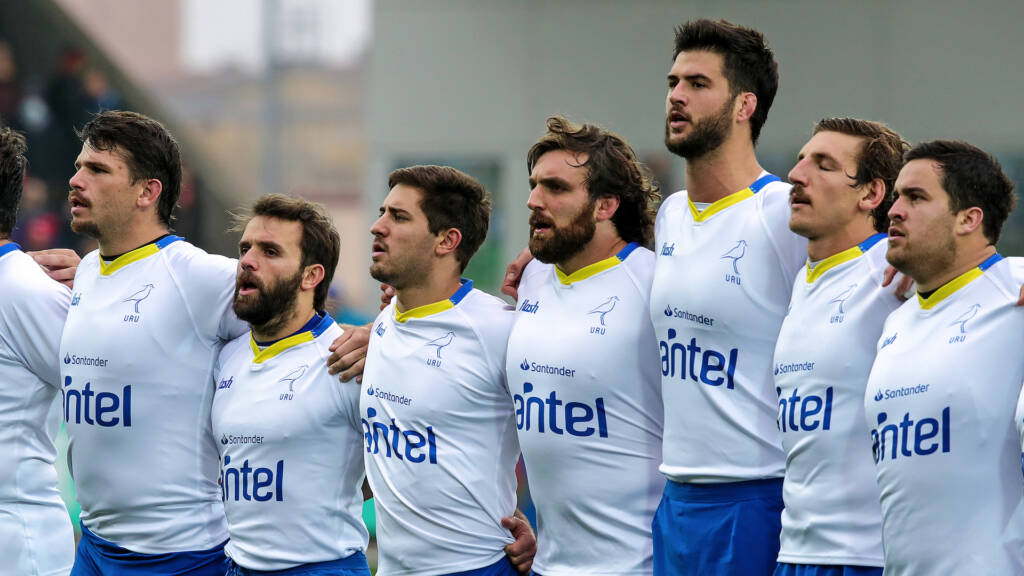 Kieran Crowley’s side spurned a couple of good try-scoring opportunities before the break and instead had to settle for a penalty from Paolo Garbisi as they went into half-time 10-3 up.

Epalahame Faiva became the second Italian to cross the whitewash after the restart, but his effort was cancelled out by by Santiago Civetta’s score for Los Teros.

Uruguay piled the pressure on in the closing stages, kicking to the corner to attempt a driving maul, but Italy held firm to seal the win despite the visitors coming close to upsetting the odds.