What a final weekend of action in the Autumn Nations Series as the northern hemisphere finished with a flourish on two days of thrilling finishes and spectacular tries.

Ireland’s comprehensive win over Argentina brought down the curtain on four weeks of action and 20 matches in total, a day after England had beaten world champions South Africa, Wales had seen off Australia and France overcame New Zealand.

Of all the teams to take part in the Autumn Nations Series, three finished with a perfect record as Ireland, England and France all played three and won three.

The question is though, which team had the best campaign?

What more could Andy Farrell have asked for from his autumn campaign than three wins, including a third in five attempts against the All Blacks, improved depth and the best attacking return of his time in charge?

The first game against Japan had all the makings of a banana skin, two years on from the shock World Cup pool defeat against the Brave Blossoms and after an entertaining 39-31 win this summer.

Instead, Ireland were absolutely lethal, running in nine tries including a hat-trick for Andrew Conway in a 60-5 success, unveiling a new offloading game that the Japanese defence could simply not contain.

Attack coach Mike Catt will have been thrilled at how slick Ireland looked with ball in hand as they built on a strong end to the Guinness Six Nations and the win over England.

That Japan performance raised expectations for the visit of the All Blacks, but even so, few would have predicted the sort of dominant display from Farrell’s side.

In typical New Zealand fashion, the first half saw Ireland dominate possession and yet the visitors led 10-5 at the break. But where some teams might have faltered after letting opportunities slip, Ireland just kept coming and eventually ran out 29-20 winners. 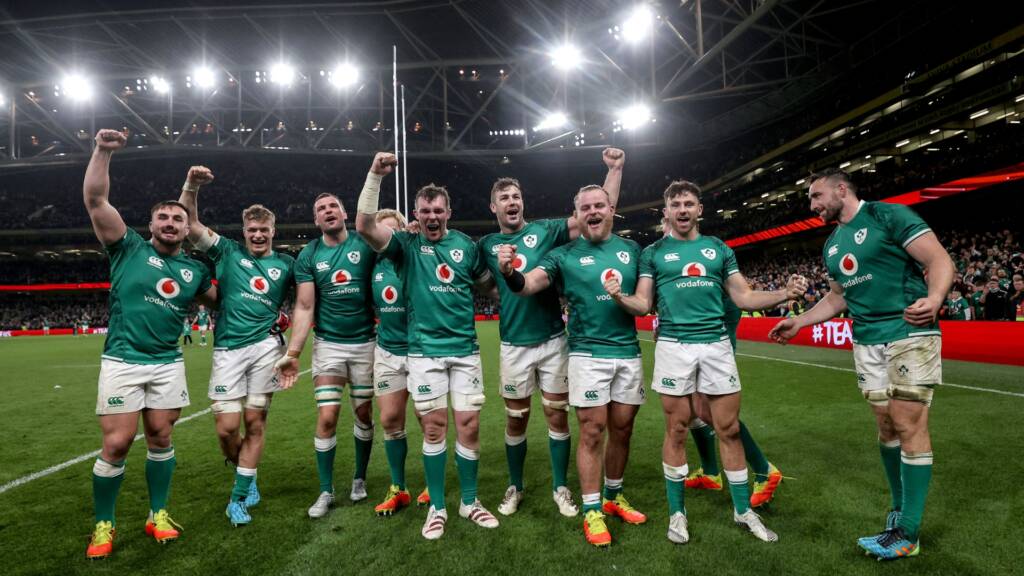 It was arguably the best of their three victories over New Zealand and ensured that Ireland will no longer be able to fly under the radar.

They finished on a high with a thrashing of Argentina, 53-7, in a performance that saw Joey Carbery pulling the strings from fly-half. His emergence might be the biggest positive from the entire autumn, reducing the reliance on Johnny Sexton, while back-rower Caelan Doris was arguably the top performer across the entire international programme.

Andrew Porter looks comfortable as the first-choice loosehead having made the switch across, and between him and Tadhg Furlong, Ireland have a pair of props to rival any team in the world. Add in the return to form of James Ryan, and the coming of age at Test level of James Lowe and Jamison Gibson-Park, and Ireland look a very dangerous side indeed.

Eddie Jones made some big calls heading into the Autumn Nations Series, deciding to leave out experienced campaigners like George Ford and the Vunipola brothers while putting his faith in a new crop of players.

Considering that decision, it was expected that there would be a period of adjustment for the incoming players and Covid-enforced absences for Joe Marler, Owen Farrell and Ellis Genge only made that trickier. Even so, England kicked off with a straightforward 69-3 win over Tonga, as Marcus Smith wowed the crowds with a fine cameo off the bench.

A week later it was Australia who hung around but were eventually well-beaten, 32-15 as full-back Freddie Steward earned the first of two Player of the Match nods. On debut, Bevan Rodd held up well at scrum-time and gave England a little more depth at loosehead while Raffi Quirke made his international bow off the bench at scrum-half.

Quirke had a bigger role to play a week later, scoring England’s third try in a 27-26 win over South Africa that turned a promising autumn into a great one. 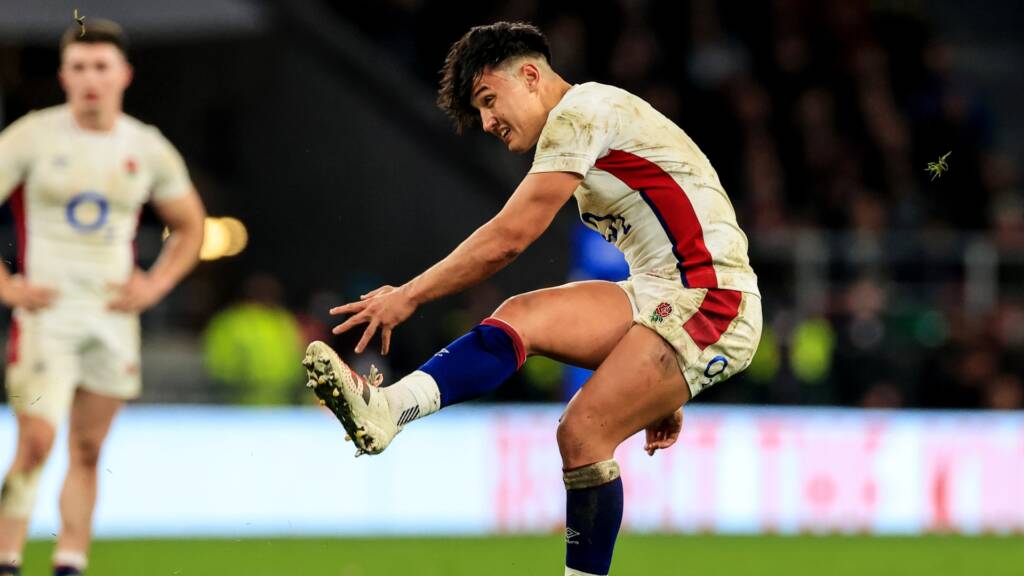 With Henry Slade in outstanding form, England were able to open up the Springboks’ famed defence including Quirke’s score off a brilliant set move.

There will be concerns at the way the Springboks got on top of them in the set-piece in the second half in particular but considering the absentees, that was perhaps not unexpected. Overall though, a trio of wins, a host of new faces and the emergence of a new core can only serve England well going forwards.

Perhaps no team had more riding on the final week of the Autumn Nations Series than France. Wins over Argentina and Georgia ensured that France had achieved the bare minimum but the game against the All Blacks was always going to define their November.

The biggest storyline around the first two weeks was the pairing of Matthieu Jalibert and Romain Ntamack in the same starting side, a combination that flashed at times against Georgia without entirely convincing.

Up against an Argentina side that were clearly out to rattle them, France struggled for fluency in their opening game but did come away with a 29-20 success.

The 41-15 win over Georgia that followed was never in doubt but also not the sort of convincing display that hinted at what was to come on the final weekend.

In the end, it was all about New Zealand and in Paris on Saturday, France produced one of their greatest-ever halves of rugby as they led 24-8 at the break, the largest half-time deficit in the All Blacks’ history.

In many ways, the fact that the All Blacks fought back and threatened a comeback will probably help France more in the long-term. 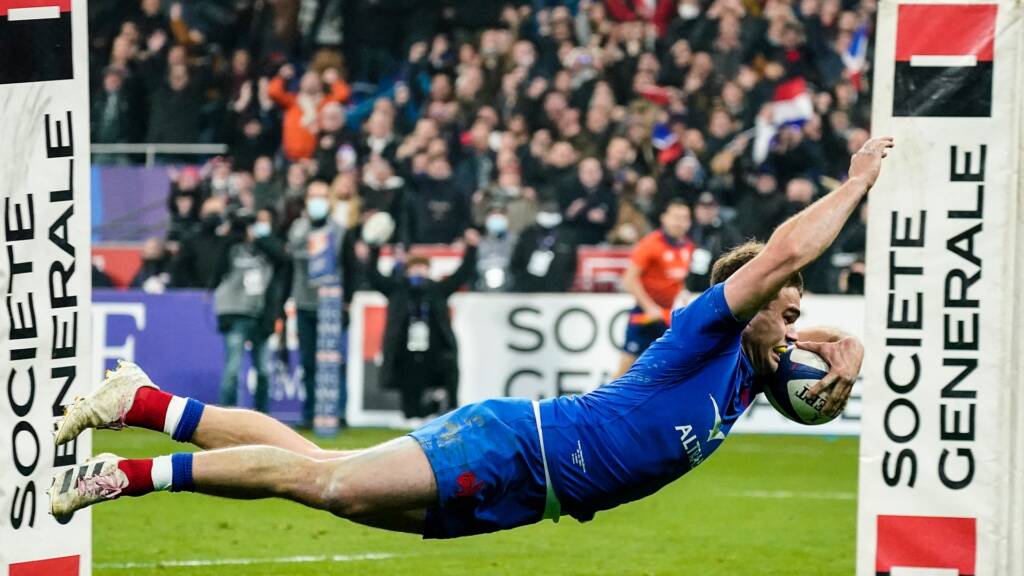 Ntamack, back at ten, provided the genius moment that swung the momentum, running out of his own in-goal on a move that ended with Ardie Savea in the bin and France going from a two-point lead to 12 in the space of five minutes.

That France did all this without the likes of skipper Charles Ollivon, centre Virimi Vakatawa and hooker Julien Marchand for the final match only makes the 40-25 success more impressive.

Ntamack’s return to fly-half looks likely to be the plan for the foreseeable future, while full-back Melvyn Jaminet and Cameron Woki, in the unfamiliar position of lock, look to be the big winners.

Oh, and they still have talismanic scrum-half Antoine Dupont, an unbeaten captain who might well be the favourite for World Rugby’s Men’s Player of the Year award.

With England and Ireland at home in the 2022 Guinness Six Nations, France certainly look well-placed to kick on under Fabien Galthié.

Analysis
Previous Story What did the pundits say: It’s official, France are back!
Next Story Autumn Nations Series: Talking points from final weekend