The history of England-South Africa matches goes back more than 100 years with a pair of World Cup finals among the 43 encounters between the teams.

And as they prepare to meet at Twickenham for the first time since the 2019 final, when the Springboks powered to a 32-12 success, it is the perfect opportunity to reflect on some of the classic meetings of the past.

We will stick to matches from the year 2000 onwards, with apologies to some of the sides of the previous decades who played out some thrillers.

Here are five of the best over the past 21 years:

Amazingly, considering the 49 combined points in this match, there was just one try scored, by the late, great Joost van der Westhuizen.

Instead, England were able to rely on the unerring boot of Jonny Wilkinson who slotted eight penalties and a drop goal in a stunning performance.

He had knocked over six by half-time as England led 18-12, despite losing prop Jason Leonard to the sin-bin.

Lawrence Dallaglio followed him in the second half but Wilkinson kept on going, adding a drop goal and two more penalties to make it a convincing 27-15 lead. 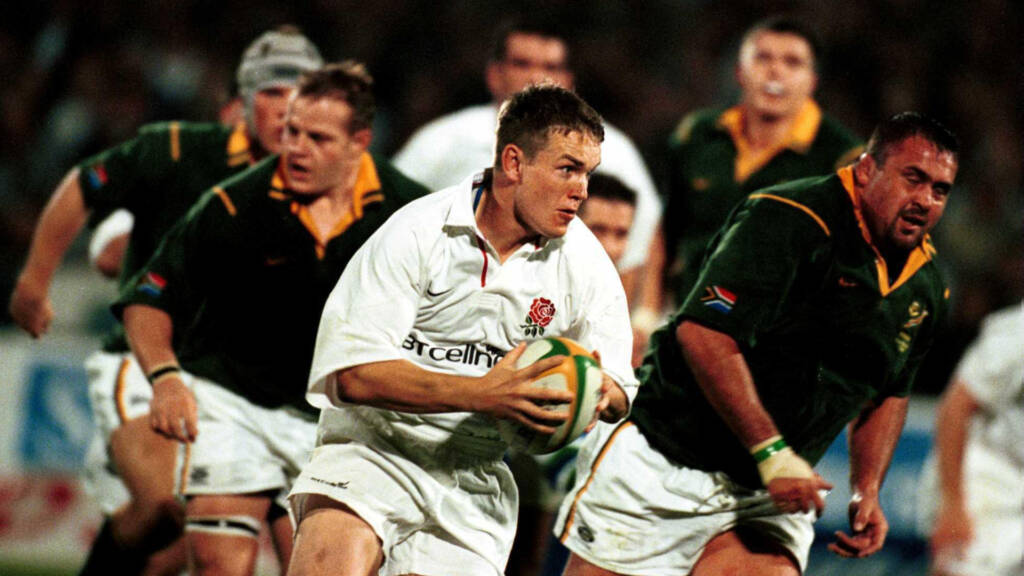 Van der Westhuizen became the third player sent to the bin with quarter of an hour remaining but, after returning, his try set up a grandstand finish.

England held on, starting a run of four years in which they did not lose to southern hemisphere opposition, winning the 2003 World Cup along the way.

In 2003, England got the better of South Africa in the World Cup group stages, while the Springboks earned a measure of revenge with a comprehensive 36-0 success inspired by Fourie du Preez four years later.

Both teams made it out of their group though, and eventually all the way through to the final for a rematch which was much closer.

Defences were on top for large parts, with Mathew Tait looking the most likely to break through. It was his dazzling run that gave Mark Cueto a chance in the corner but his foot was just in touch as he went over. 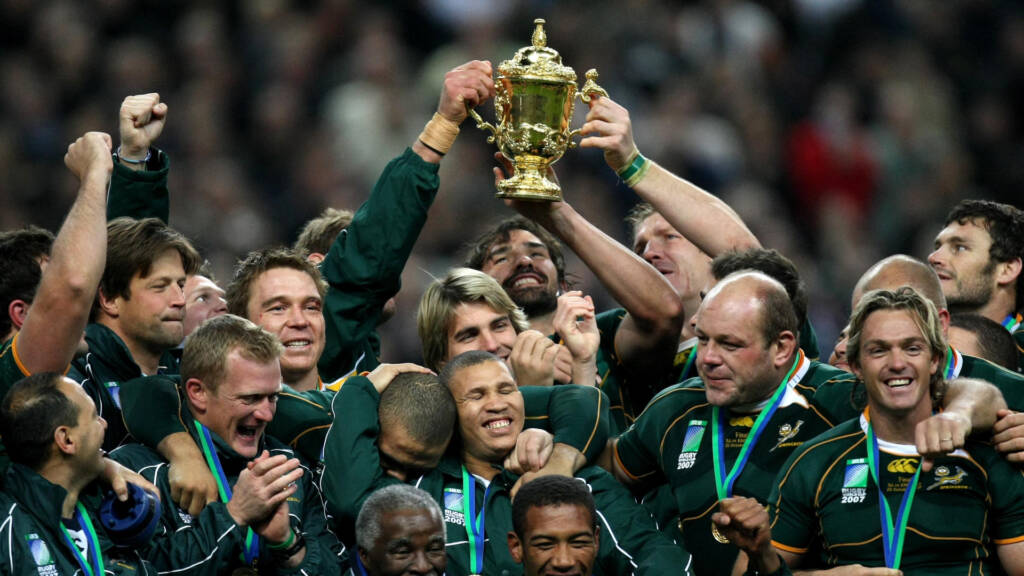 Wilkinson kicked a penalty instead to cut the deficit to three at 9-6, but Percy Montgomery’s fourth penalty restored a six-point lead.

And 20-year-old Frans Steyn, who will be on the bench this Saturday, sealed the win with a long-range penalty to secure the Springboks’ second World Cup success.

From 2006 and 2014, South Africa enjoyed a 12-match unbeaten run against England including 11 wins and a draw.

That all came to an end in emphatic fashion upon Eddie Jones’ arrival as England coach. Having already claimed the Guinness Six Nations Grand Slam earlier in the year, the Australian made it ten wins in a row as England coach.

The home side ran in two tries in each half at Twickenham, Jonny May and Courtney Lawes in the first 40 minutes, George Ford and Owen Farrell in the second. 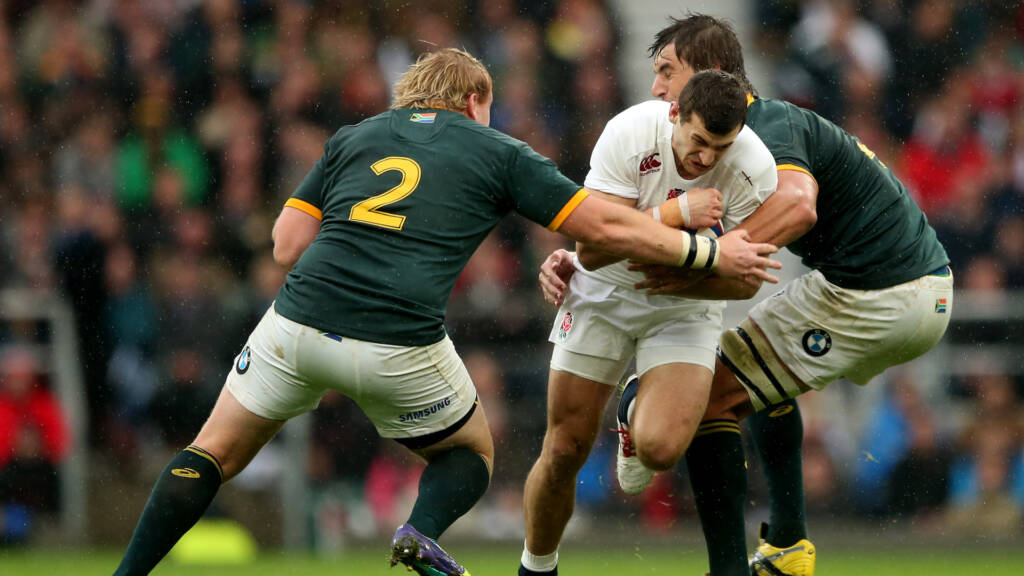 Pat Lambie’s boot ensured that South Africa led 9-7 despite May’s fine finish but two Farrell penalties, either side of Lawes’ score, put England in charge, 20-9 at the break.

Ben Youngs set up for Ford for the third try after the interval, beating Pieter-Steph du Toit with a clever dummy. And after Johan Goosen had responded for South Africa, Youngs repeated the trick, this time putting Farrell over.

Despite a late Willie le Roux try, it was a comprehensive win for England to start their autumn campaign.

The highest-scoring match ever between the sides, the first Test of England’s 2018 summer tour to South Africa was an absolute thriller.

England absolute burst out of the blocks to lead 24-3 after just 17 minutes as they moved on from the form that had seen them finish fifth in the Guinness Six Nations.

The Springboks, captained by Siya Kolisi for the very first time, responded in kind, running in three tries to overhaul their visitors by half-time and eventually run out victors.

Mike Brown, Elliot Daly and Owen Farrell had all crossed in the first 17 minutes as England made a dream start, threatening almost every time they touched the ball.

But after Faf de Klerk’s try had sparked a response from the home side, two tries from debutant winger Sbu Nkosi got South Africa right back into it.

And Willie le Roux’s try just before half-time ensured they held an unlikely 29-27 lead at the break after a breathless first half.

The second was not quite as high-scoring but the boot of Handre Pollard and another try from Aphiwe Dyantyi helped South Africa make it 39-27.

Maro Itoje went over with five minutes to go to get England back within a score, and after another Pollard penalty, Jonny May matched him.

But England could not quite find that final piece in the puzzle and South Africa emerged victorious to take a 1-0 lead in a series they ended up winning 2-1.

Perhaps not the closest contest, but one of the best performances as South Africa overwhelmed England on their way to a third world title.

A week after England had been so impressive in putting New Zealand away in the semi-final, they found themselves on the wrong end of a scrum lesson, Kyle Sinckler’s early injury seeing Dan Cole come on and face a torrid time from Beast Mtawarira.

Despite that, England had their chance in the first half, but just could not break down the Springbok defence as Handre Pollard’s boot helped his side into a 12-6 half-time lead.

Pollard extended the lead early in the second half, but Owen Farrell replied and could even have cut the deficit to three points, only for his fourth effort of the evening to drift wide.

Soon after it was 18-12 with both teams having added a further penalty, but the killer blow came 14 minutes from time when Makazole Mapimpi kicked over the top on the left-hand side, Lukhanyo Am regathered and fed a no-look pass back to the winger for the game’s first try. 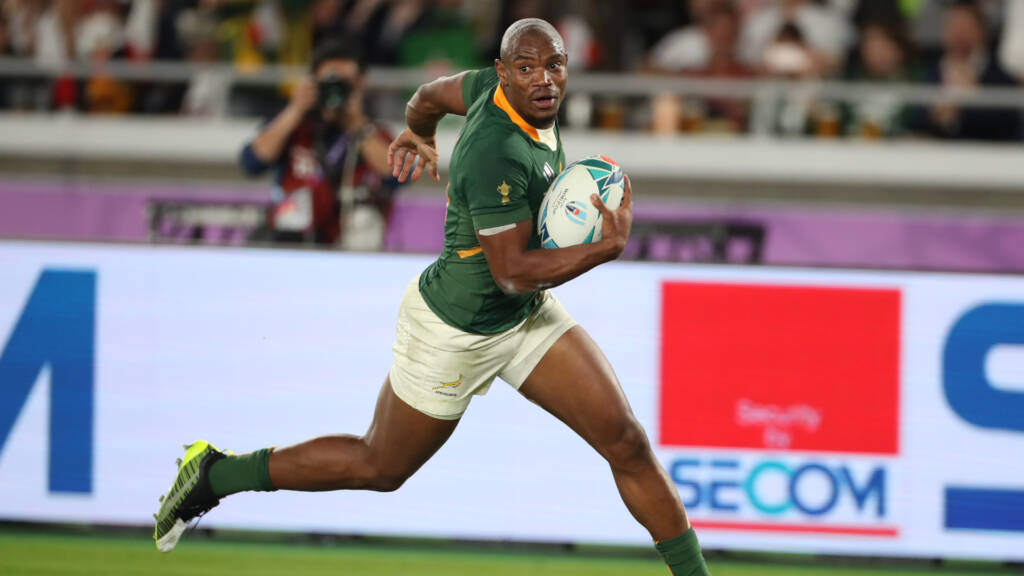 At 25-12, the Webb Ellis trophy was all but South Africa’s and Cheslin Kolbe finished it off in style with a stepping score the like of which only he is capable, as the Springboks romped home.