Kurtley Beale will start at fullback for Australia when they take on England at Twickenham on Saturday in one of several changes made by Dave Rennie to his starting team.

Beale comes in at No.15 to replace the injured Jordan Petaia (hamstring), meaning Andrew Kellaway reverts back to his usual position on the wing.

Where to watch the Autumn Nations Series

Rennie has also been forced to change his props after regular starters Allan Alaalatoa and Taniela Tupou were ruled out of the Test with concussion symptoms.

James Slipper will make the switch to tighthead, a position he filled in during the Wallabies’ loss to Scotland last time out, with Angus Bell elevated to the starting side.

Alaalatoa and Tupou’s unavailability sees Tom Robertson and new Wallaby Ollie Hoskins added to the side, with Hoskins in line to become Wallaby number 949. 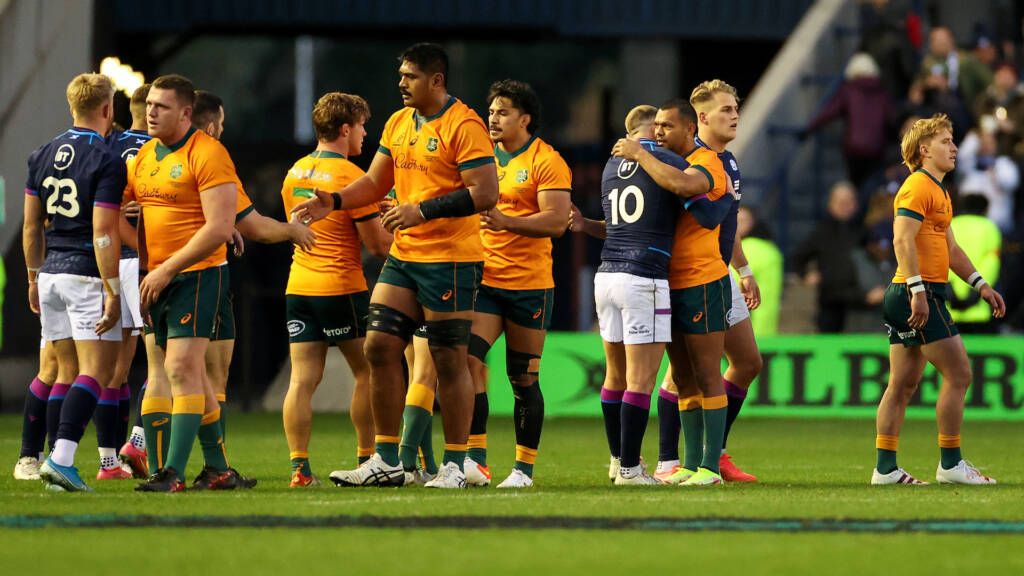 “We’ve got a couple of tightheads out so Slips has the most experience so he’ll go across,” said Rennie. “Tom Robertson has some experience in the past but we prefer him as a loosehead so it was needed.

“With a six day turnaround (Alaalatoa and Tupou) needed to be right by Monday with no symptoms basically. They woke up fine but as the day progressed, once you get a little bit of a headache they were out.

“We’d planned if we lost one or both, we needed cover so we brought Ollie in.”

In further changes on the bench, Tolu Latu will make his return from the bench, joining Hoskins and Robertson. Latu has not featured for the Wallabies since the 2019 World Cup.

Noah Lolesio has been added as the back-up playmaker.

Reading: 4 mins
Previous Story Tuilagi takes inspiration from Ronaldo with new fitness and recovery regime
Next Story What Ireland will we see against the All Blacks this weekend?