Manu Tuilagi has revealed that he has taken inspiration from Cristiano Ronaldo to change his recovery plans, whilst a frank discussion with fellow Sale Sharks centre Rohan Janse van Rensburg led to the pair deciding to lose weight.

Tuilagi, now 30, follows the Manchester United forward Ronaldo on Instagram and it is there that the centre saw how seriously the Portuguese legend took recovery.

It followed a chat with Janse van Rensburg last June following Sale’s defeat to Exeter Chiefs in the Gallagher Premiership semi-final, where the pair decided to change their fitness routine ahead of the new season

Speaking on O2 Inside Line The Next Level, Tuilagi said: “You see guys like Ronaldo, he’s an absolute legend and just the way he plays the game now, and he’s what 36?

“And the way he’s playing he’s still fresh and young. I follow him on Instagram and for him recovery is key.

“For me recovery, physically yeah it’s good for my body, especially with a lot of injuries that I’ve had, it’s very important.

“Mentally, knowing that I’ve done everything I can so I can go out on the pitch and perform.”

The England centre also revealed that his love for food was something that he struggled with.

“Me and Rohan van Rensburg, we lost up in Sale in the semi-final against Chiefs and he asked me: ‘Do you think you we’re fit enough?’” said Tuilagi. 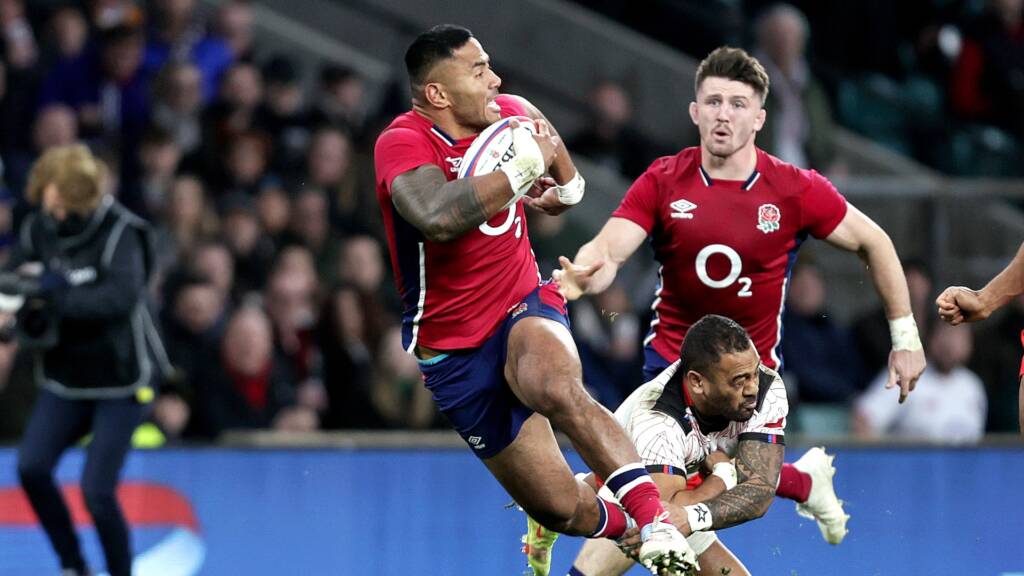 “It hit me because it’s true, we could get through the game, but if you really want to be good, you have to go through the 80 minutes.

“Since then, we said if we lose 5/6 kgs then we’ll be able to get through the 80 minutes and get involved in the game a bit more, get the ball a bit more, not just one carry here, wait for another ball to come.

“That’s been good, I’ve played four full 80s this season and feeling good, whereas before I’d start to get to the 50 or 60 mark and start feeling it.

“When I look at the food and I think, I could eat that in five minutes, and it would take me an hour at least to burn that amount of food, so I think, is it worth it?

“My wife has helped me as well, she would just say, do you need that? And I’d be like no.”

Since the changes to his diet and fitness, there have been some quite incredible changes to Tuilagi’s body.

He is now at record lows in the amount of body fat, whilst also reaching his lowest bodyweight in his career.

It doesn’t stop there though, with Tuilagi also reaching the highest speed he has ever hit; thus he really is in the best shape he has ever been in.

Tuilagi is set to be included in England’s squad to take on Australia at Twickenham this Saturday.