Henry Slade’s performance at outside centre this afternoon is no doubt one that would have filled Eddie Jones with joy.

Slade was awarded player of the match as England stormed to a 69-3 win over Tonga at Twickenham, scoring 11 tries, of which Slade had a hand in several.

England’s attack was the subject of much scrutiny during last year’s Guinness Six Nations, but today things seemed to click for Eddie Jones’ men.

Starting back outside Manu Tuilagi, with George Furbank starting at fly-half after Owen Farrell had to withdraw due to a positive Covid-19 test, Slade seemed to enjoy himself, starring with a dazzling performance.

England ease to 11-try victory over Tonga at Twickenham

Slade said: “We’re trying to re-invigorate ourselves and bring a new life to our attack and I think you saw a bit of that today.

“We work on it every day on the training pitch, in the hotel with the conversations we’re having and obviously we don’t play with each other every week, so it’s about building our relationships, building our connections, on and off the field and I think we’re doing that well.”

It was also the first time that fans had been at Twickenham since March 2020, something which Slade and the rest of the England team enjoyed. 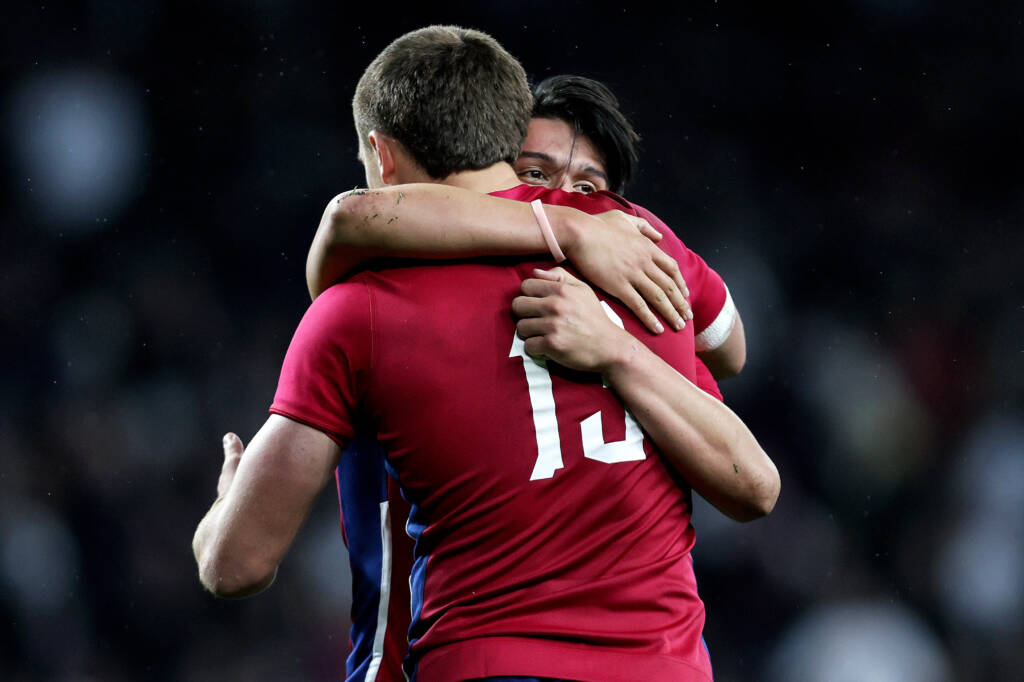 He added: “It was awesome to have a full house here, I can’t say how much it means to the boys, it gives you extra legs, to have everyone back and see the place rocking, it was unreal.”

As Slade mentioned, there have been a lot of new inclusions in the England squad, including the likes of try-scorers in the backline Adam Radwan, Marcus Smith and Alex Mitchell.

The Exeter Chiefs’ centre was singing their praises and the impact that they have had on the England set-up.

“(They’ve had) a really positive one, we’ve got a good mixture of boys who have been here for a while and boys who have sort of started out their international careers, so a mix of youth and experience.” Said Slade.

“They’re bringing some energy and re-invigorating us as a squad, I think we’ve just got a good balance at the minute.”