Player of the Match Dane Coles praised Italy for putting the All Blacks under pressure for an hour in Rome before New Zealand pulled away to win 47-9 in the Autumn Nations Series.

A first-half brace from hooker Coles and another try from Finlay Christie put the visitors 21-6 ahead at the break after Italy resisted the No.1 side in the world for almost half an hour.

Paolo Garbisi followed up his two first-half penalties with another after the restart to narrow the gap for the hosts in their first match with former All Black Kieran Crowley as head coach.

All Blacks overcome Italy with second-half blitz in Rome

But a Sevu Reece score and a brace from replacement Asafo Aumua either side of another try from fellow sub Hoskins Sotutu in the final quarter of the contest helped Ian Foster’s men wrap up the victory.

Yet despite the final scoreline looking comfortable, Coles admitted that the Azzurri had caused his team plenty of problems at the Stadio Olimpico before they stepped on the gas.

“We had to really work and I reckon the score reflects how hard their game was,” he said. “The Italian boys came out with a lot of passion, put us under a lot of pressure for the first 60 minutes. 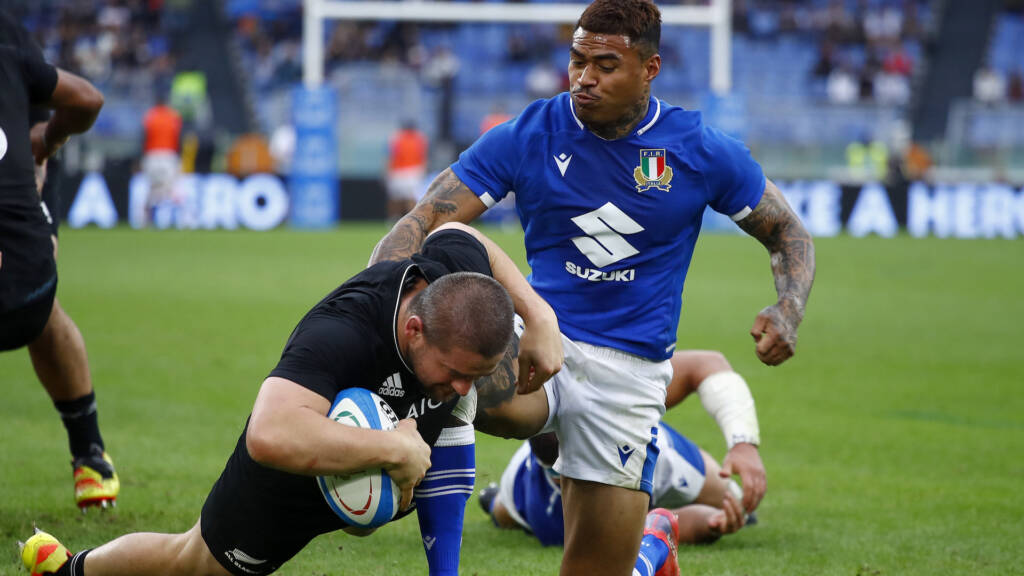 “It’s a young group but I’m pleased we came away with the win. Italy have to take a lot of credit for the way they played and they put us under a lot of pressure but stoked to get the win.

“I think we were looking for the fruits at the start, trying to score the tries without earning the right and they got to us especially at the breakdown, just a bit more intent.

“Their kicking game was quite good as well and we dropped a lot of ball back there but we came right in the end and we had to work really hard.”

New Zealand travel to Dublin for their next Autumn Nations Series fixture to take on an Ireland side brimming with confidence after beating Japan 60-5 and Coles hopes he’s done enough to earn selection once again.

“I’m stoked to be playing, it’s always awesome putting on the All Black jersey,” he added. “There is a lot of work I have to get into to get back and if I’m not, I’ll just keep chipping away.”