Argentina in Paris are always a different beast and Fabien Galthié knew it would be no different as his France side scrapped their way to an opening success in the Autumn Nations Series at the Stade de France.

While Los Pumas did not win a game in this year’s Rugby Championship, the memories of their glorious pair of victories at the 2007 World Cup, not to mention last year’s historic victory over the All Blacks, meant that Argentina were never likely to be taken lightly.

Despite Melvyn Jaminet’s early penalty, two huge scrums showed that Mario Ledesma’s side meant business, and thanks to the Tomas Cubelli’s try, opportunistically set up by Pablo Matera, Argentina hit the front midway through the first half.

More than that, they threw the usually free-flowing French off their rhythm, so much so that the constant off-ball scuffles led to both teams losing a man for ten minutes after half an hour – Julien Marchand for France, Marcos Kremer for Argentina. It is no coincidence that he is one of the eight Pumas who play their club rugby in France.

From Loughborough University fifths to a try on his @FranceRugby debut🙌

What a night for @Thibaud_Flament🔥

It took until the second half for France to really hit their stride, and while Galthié will know they can do better, he was not going to sniff at a 29-20 win over a team who had won their last three matches in the French capital prior to this evening.

Galthié said: “There is never a match where you walk onto the pitch and expect it to be easy, especially against the Argentinians because they love to play against France. They love to make life difficult for the French team.

“You talk about their ferocity and aggressiveness, the whole team was very ferocious. They shook us and it made it difficult for us to develop our attacks, we had some mistakes in the passes, there were some knock-ons because they were imposing a very high intensity on us. That intensity stopped us executing our good movements.

“It was difficult until the end, very undecided and it was important to win this first match for us. The team hasn’t played together since March so although we had two weeks to prepare, it was difficult to get through this match. The Argentinians were very present and in the end we were able to create the situation to win. What matters most is that we played together and we won together.”

Cubelli’s try gave Argentina the lead, Matthieu Jalibert charged down on a 22 dropout by Matera as his partnership with Romain Ntamack did not quite click.

Ntamack was withdrawn in the second half, replaced by Jonathan Danty, while Jalibert bounced back from that early error to set up both French tries for Thibaud Flament and Peato Mauvaka. 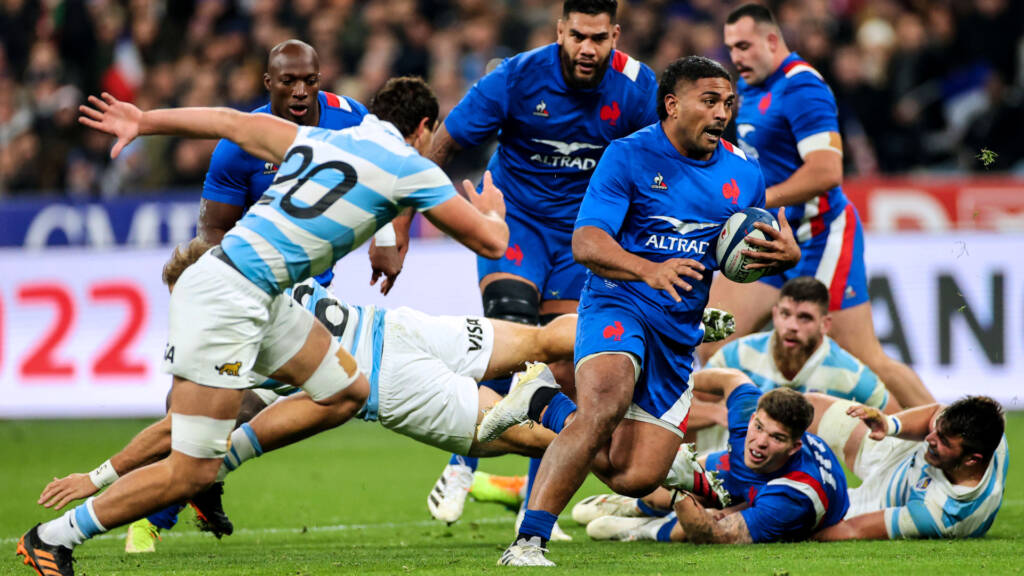 And Antoine Dupont, captaining the side for the first time, was happy with the way the team responded to conceding that first try, and particularly the way their defence showed up.

He added: “The team reacted really well, no one panicked. We were solid, although we lacked discipline. Our defensive line was solid and we knew we could trust our defence so we did not worry after conceding.

“Everybody was very nice to Matthieu. We know at this level it happens and it made no difference for the rest of the match.” 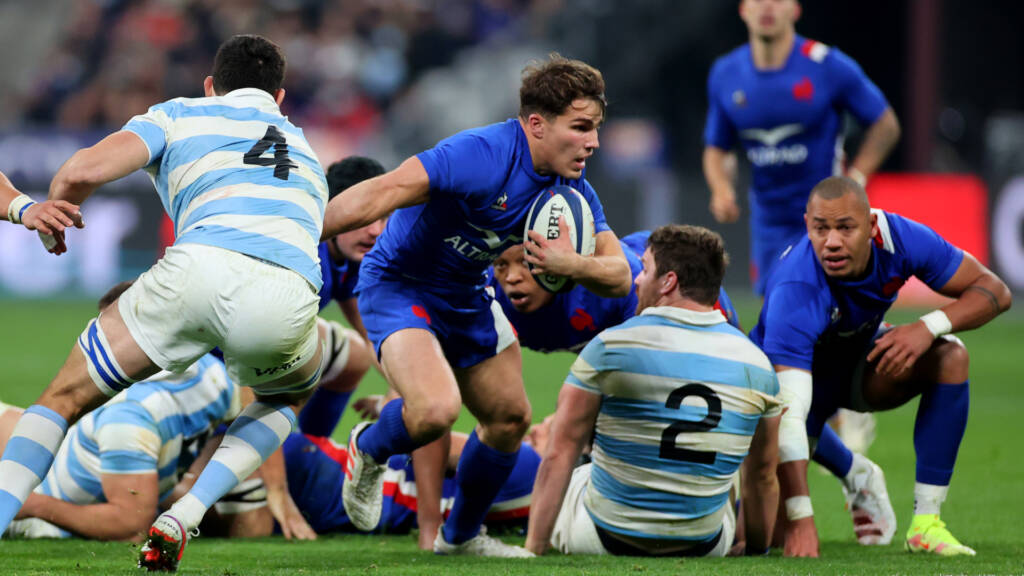 The defence was certainly a major positive for France, with just six tackles missed in all. For a first match with this group of players in eight months, it was a promising start ahead of next Sunday’s clash with Georgia and the date against the All Blacks in a fortnight.