After a pair of appetisers last week in the Autumn Nations Series, it is all systems go this weekend with six thrilling encounters in store. Here’s all you need to know before it starts.

It all kicks off with Ireland taking on a Japan, a rematch of one of the standout matches of the 2019 World Cup, at 1pm in Dublin.

At the same time in Rome, Italy welcome the All Blacks, while England take on Tonga at Twickenham at 3.15pm.

Guinness Six Nations champions Wales then welcome world champions South Africa to Cardiff in a 5.30pm kick-off with the last of the games seeing France host Argentina in a game that kicks off at 9pm local time in Paris.

And on Sunday the action continues with an intriguing fixture between Scotland and an in-form Wallabies side at BT Murrayfield in a 2.15pm kick-off.

Ireland’s clash with Japan will see Johnny Sexton win his 100th cap for Ireland as Andy Farrell’s team seek to avenge the defeat suffered in the pool stages of the 2019 Rugby World Cup. The two teams also met this summer in Dublin as Ireland prevailed 39-31 in an entertaining affair.

To find out more, check out our Ireland v Japan preview

Italy kick off the Kieran Crowley era against the country their new head coach once represented, winning the World Cup as a player back in 1987. The Azzurri have a new captain in Michele Lamaro and will be looking to produce a strong showing before games against Argentina and Uruguay. 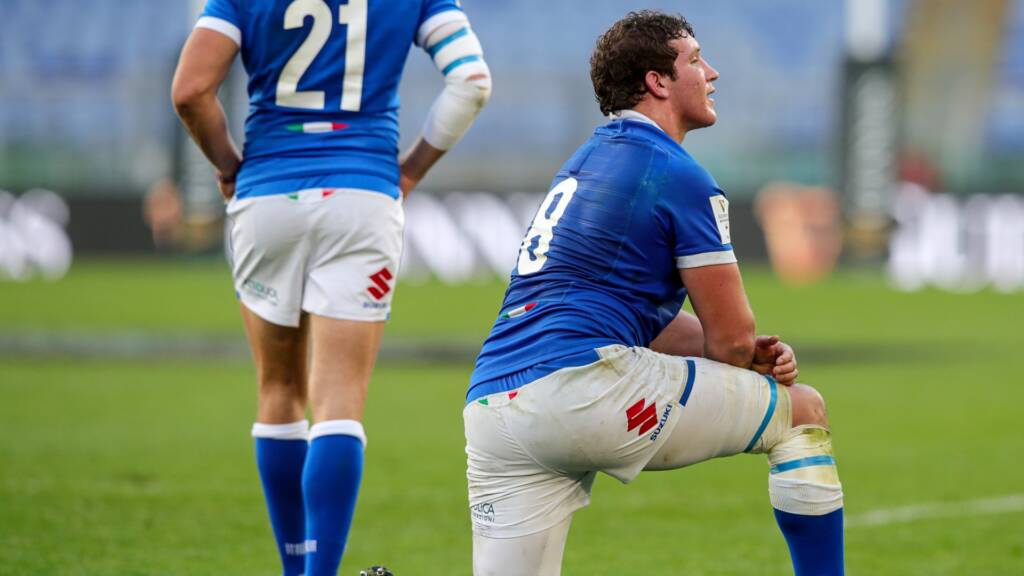 To find out more, check out our Italy v New Zealand preview

England kick off their autumn campaign against Tonga with some fresh faces in the ranks including new full-back Freddie Steward. Eddie Jones has talked a lot about mixing experience and youth and he will get a first chance to do that against a strengthened Tonga at Twickenham.

To find out more, check out our England v Tonga preview

With their Premiership players back available, but now missing skipper Alun Wyn Jones, Wales will be keen to bounce back from defeat to New Zealand. Their recent record at home to South Africa is good, but Wayne Pivac’s side face a tough challenge against a Springbok side who beat New Zealand in their last game to round off the Rugby Championship.

To find out more, check out our Wales v South Africa preview

France coach Fabien Galthié will try out a new combination with Matthieu Jalibert and Romain Ntamack starting together for the first time in Saturday’s clash with Argentina. The game also sees Antoine Dupont given the captaincy in the absence of Charles Ollivon against an Argentina team with eight starters who play in the Top 14. 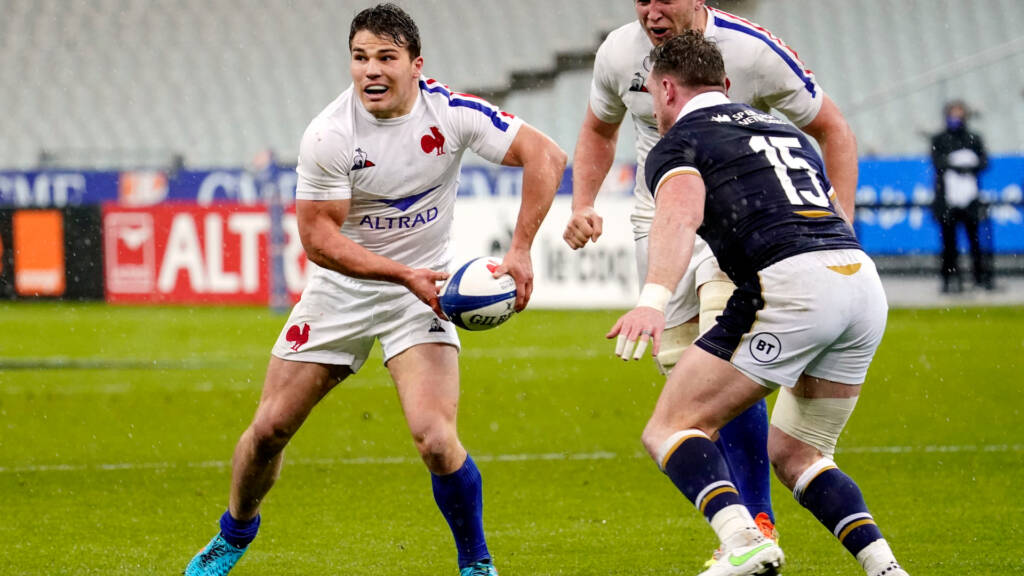 To find out more, check out our France v Argentina preview

Scotland got off to a flyer with a convincing win over Tonga in their first match, but will face an altogether stiffer challenge against Australia. Gregor Townsend has made wholesale changes including the returns of skipper Stuart Hogg and fly-half Finn Russell against a Wallaby side which won four straight matches to finish the Rugby Championship before beating Japan.

To find out more, check out our Scotland v Australia preview

Johnny Sexton will become the seventh player to win 100 caps for Ireland, with only Cian Healy, named on the bench, having more among active players.

The game will also see Tadhg Furlong make his 50th appearance for his country.

New Zealand have made 15 changes from the team that beat Wales in Cardiff for their trip to Rome, with skipper Sam Cane returning for his first Test start of 2021.

Tom Curry will start at No.8 for England against Tonga having last done so during the 2020 Guinness Six Nations. He did so four times during that competition, having only ever started at No.8 once for club side Sale.

Tonga welcome back a host of key names including full-back Telusa Veainu, the former Leicester Tiger, who will go head-to-head with the man who succeeded him in the No.15 jersey at Welford Road, Freddie Steward. 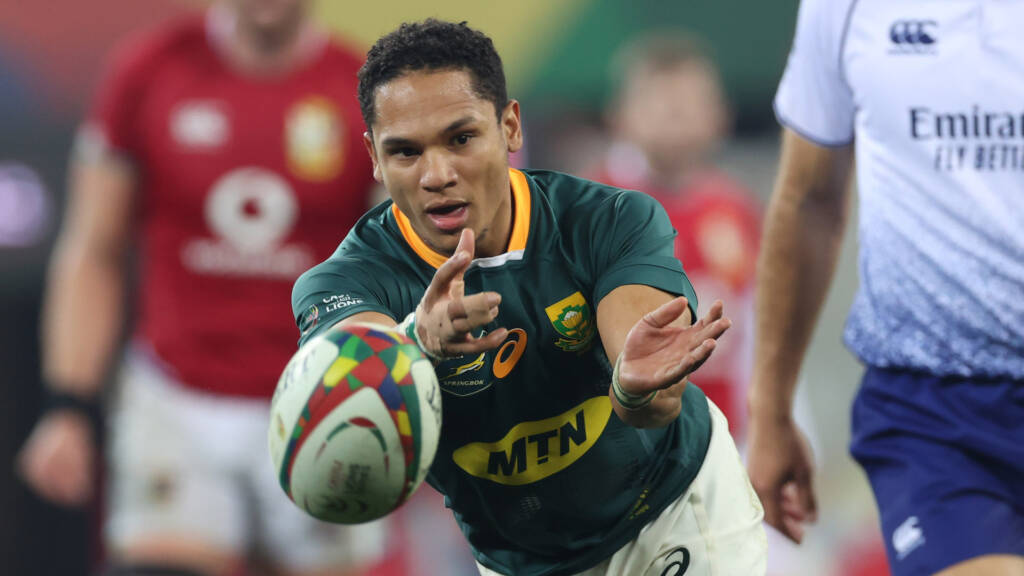 Herschel Jantjies will start for South Africa against Wales playing against Johnny McNicholl, with whom he played in 2018 when the scrum-half was called in as emergency cover for the Scarlets on a tour of South Africa.

Wales have brought back a host of players this weekend including Dan Biggar and Louis Rees-Zammit, while Ellis Jenkins makes his first Test appearance in three years. His last appearance was also against South Africa, when he was named Player of the Match in a 20-11 victory before suffering a serious knee injury in the final minute.

France take on Argentina looking to make it four straight wins against Los Pumas, which would be the longest run of wins against the South Americans since the 1990s. Under Fabien Galthié, France have become fast starters and have led at half-time in 24 of their last 25 matches. 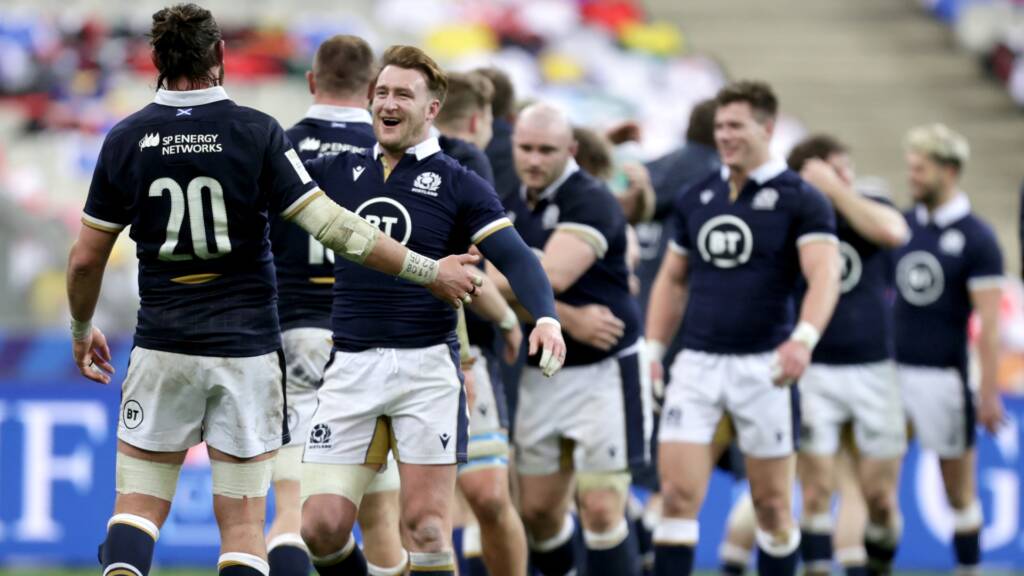 Scotland earned a record win the last time they played Australia, running out 53-24 victors in Edinburgh back in 2017. The Wallabies have just one starter who will also feature from kick-off on Saturday, skipper Michael Hooper, while Scotland have four starters from that day in their run-on side: half-back duo Finn Russell and Ali Price, second row Grant Gilchrist and flanker Hamish Watson.

For fans in the United Kingdom, Amazon Prime Video is the place watch five of the six matches, with the only exception being Ireland’s clash with Japan which will be broadcast by Channel 4.

If you are in the Republic of Ireland, then it is a similar situation, with the Ireland game shown on RTÉ, while the remaining matches are all on Amazon Prime.