The big question coming into the Autumn Nations Series for France was who would Fabien Galthié choose between his two star fly-halves Matthieu Jalibert and Romain Ntamack?

In the end, the decision is both. And who can blame him?

On Saturday against Argentina, the pair will feature together in the same starting XV for the first time as Jalibert wears the No.10 jersey and Ntamack lines up outside him at inside centre.

Still both just 22, Jalibert and Ntamack have established themselves as two of the most promising young fly-halves in world rugby.

SHIPS CROSSING IN THE NIGHT

Jalibert, six months Ntamack’s senior, was the first to get a chance at international level when, aged 19, he was named by Jacques Brunel to start the 2018 Six Nations opener against Ireland (pictured), only to suffer a serious knee injury in the first half of his debut – coincidentally his half-back partner on Saturday and new captain Antoine Dupont tore his anterior cruciate ligament in the same game. 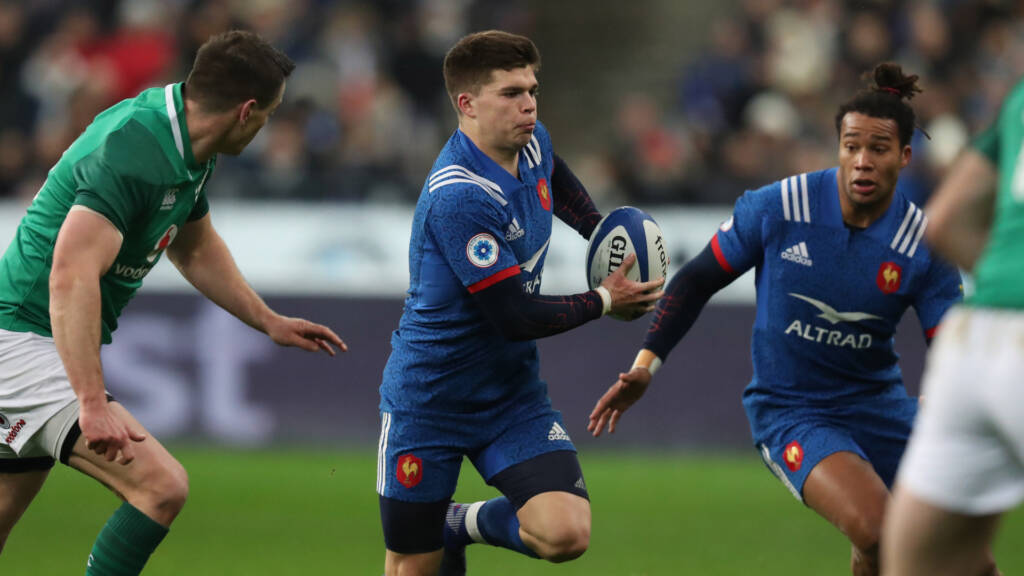 The Bordeaux-Bègles fly-half spent the next 18 months or so getting back up to form after another knee injury on his return.

In that time, Ntamack made his own teen Test debut a year later (pictured below). A fly-half by trade, Ntamack played some age group rugby at centre and it was there that he made his France bow, wearing the No.13 jersey, albeit playing at inside centre alongside Wesley Fofana. 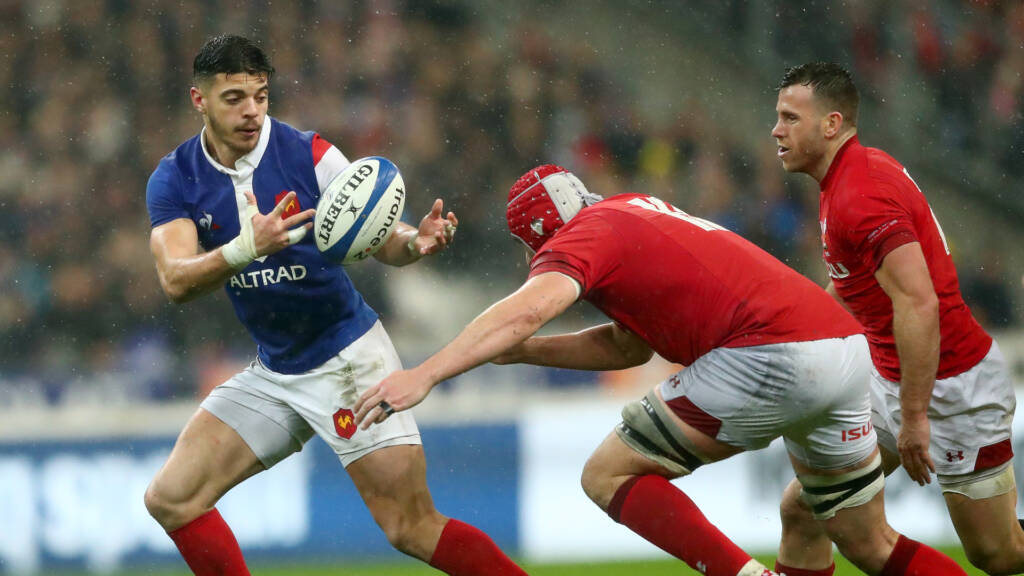 By the end of the 2019 Championship, Ntamack was starting at fly-half for Les Bleus, and he kept that spot at the World Cup at the end of the year and the start of Galthié’s tenure.

Jalibert, who was used off the bench by France, got his first opportunity to start at ten under Galthié in last year’s Autumn Nations Cup when Ntamack was injured, with his best performance coming in the extra-time final defeat to England.

A broken jaw for Ntamack at the end of 2020 meant that Jalibert started the 2021 Guinness Six Nations campaign as the main man and he impressed at fly-half. Just as Ntamack was set to return at the end of the campaign, it was Jalibert who suffered an injury meaning there was no decision to take.

Neither player went on the summer tour of Australia where Galthié was keen to give his senior players a break, so this is the first time in more than a year where the France coach has had to make the decision over which player should start.

NOT JUST A SOLUTION TO INJURY CRISIS

That he has chosen not to make that call and instead shift Ntamack to centre is, in part, a force of circumstance with both Virimi Vakatawa and Arthur Vincent injured for the Autumn Nations Series.

But the French camp have been clear that this decision is not purely down to injuries. Backs coach Laurent Labit explained that the plan had been to test the two together at some point regardless – with their only previous experience coming in the final few minutes of the 2020 win over Wales in Cardiff – a game in which France spent the latter stages defending.

Labit said: “To be totally honest with you and the players, we’ve been thinking about the combination for a while and we want to see what could come of it. Even if Arthur Vincent or Virimi Vakatawa had been there, we would have worked on it in the same way for these two weeks.”

Whether the pair would have started with all the midfield options available is a different question but this combination would offer France another string to the bow of what is already an excellent attacking side.

The biggest change will be for Ntamack, now used exclusively at fly-half by Toulouse where he has formed an excellent partnership with Dupont.

He does have experience in the centres though, most notably at the 2018 Under-20 World Championships when he shifted out a spot to accommodate Louis Carbonel – another promising French ten – and the duo clicked to help France to a first world title at that age group.

For that reason, it was always more likely that Ntamack would be the player to move position, despite some suggestions that Jalibert could shift to full-back, where he played a couple of games for Bordeaux when he first broke through.

While the concept of two playmakers is hardly ground-breaking, it is relatively unusual in France where you have to go back to the 1990s to the likes of Thierry Lacroix, Christophe Lamaison and Thomas Castaignède being used in the midfield.

The change to rugby’s laws and the introduction of the 50:22 could be one of the reasons why this move is being made, with opposition teams having to account for the extra kicking option in the side. 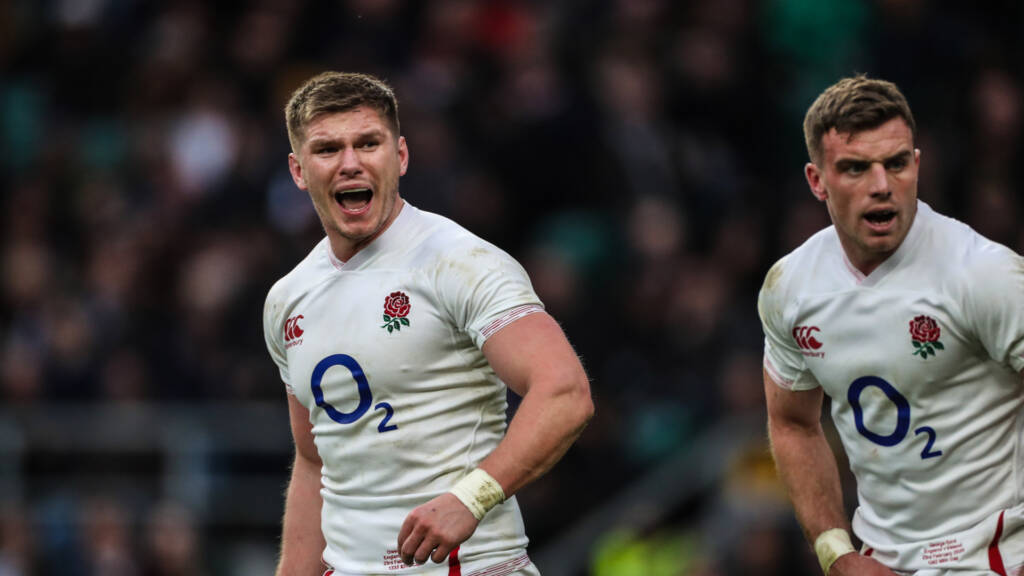 In some ways, this move is following the English model of the George Ford/Owen Farrell axis that has been so effective in recent years, with Marcus Smith set to take on the Ford role this November.

Like England, that decision means giving up a little size, with Gaël Fickou now the most imposing member of the midfield by quite a distance.

It is no coincidence that England’s most effective displays under Eddie Jones have come with Manu Tuilagi providing the power alongside two playmakers – whether it was Farrell and Ford or Henry Slade.

That will be the biggest challenge for France but what Jalibert and Ntamack offer is exceptional acceleration as well as a knack for scoring tries – the former has 19 tries in 56 starts for Bordeaux-Bègles, Ntamack has one more in 59 starts for Toulouse.

With Fickou leading Shaun Edwards’ defence – where he will move into inside centre – this is a system that will require some fine-tuning.

But if France can get it right, having two of the best playmakers on the planet in the same team could be a masterstroke.