The French defence has been revolutionised in the past two years with one man responsible for that.

Shaun Edwards, the French defence coach since 2020, has turned a French side that was struggling with discipline and defensively into the best defensive team at the most recent Guinness Six Nations.

Had it not been for Maro Itoje’s late try at Twickenham, France would have been in pole position to win the Six Nations heading into their final match against Scotland, which they ultimately lost in the final play.

Heading into this year’s Autumn Nations Series, France are looking to progress once again, hoping to improve further, testing themselves against the best of the best in New Zealand, whilst also hosting Argentina and Georgia.

Edwards has a CV that many would dream of, succeeding in both of his previous roles with Wales and Wasps, taking Warren Gatland’s men to two World Cup semi-finals, whilst also winning three Six Nations Grand Slams and winning even more silverware with Wasps as both a head coach and an assistant coach.

It seems inevitable then that France will have success with Edwards at the helm, but whilst there have been considerable improvements, the former Rugby League star knows that there is plenty more work to do for France to improve further.

He said: “In the last two competitions, the Autumn Nations Cup and the Six Nations, we have conceded the least points, so we want to continue and maybe concede fewer penalties.” 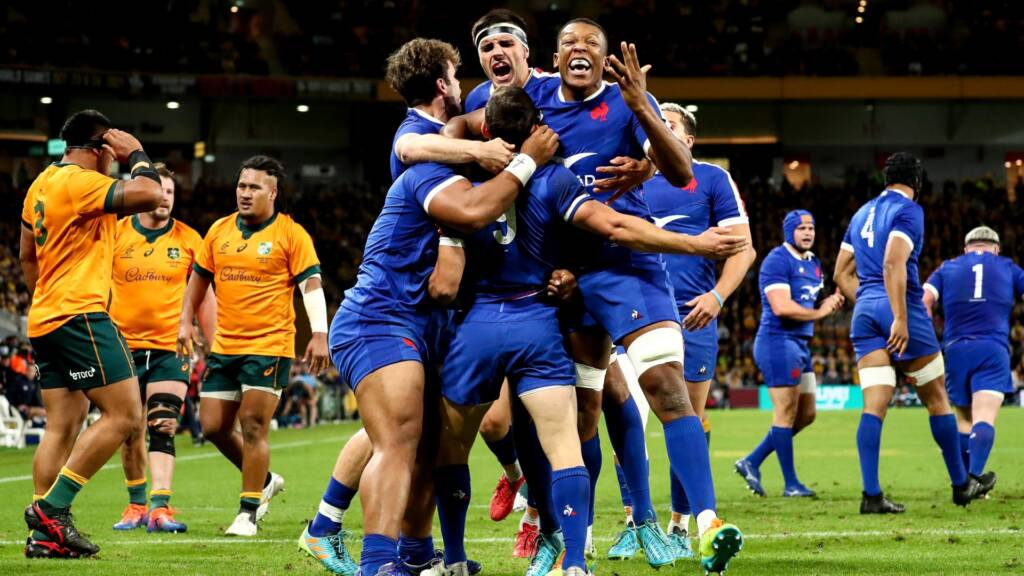 Les Bleus host Argentina this weekend, a game in which star scrum-half Antoine Dupont will take the captaincy for the first time, as fans return to the Stade de France in their thousands, with spirits higher than they’ve been for a decade.

Edwards was appointed as French defence coach in 2020, following the conclusion of the 2019 Rugby World Cup, as part of the new coaching set up at FFR, with Fabien Galthié made the new French head coach.

Before the upcoming Autumn Nations Series Galthié brought in Jérôme Garcès – an international referee – to try to help the French team’s discipline, especially around the breakdown.

“Jerome’s constant presence in training, skills and analysis, allow us to work by integrating what we can do technically and what we must avoid”

France begin their Autumn Nations Series this Saturday against Argentina, before hosting Georgia and New Zealand, with all matches live on Amazon Prime.