Levan Maisashvili is confident he has the strongest Georgia squad available after naming a 33-man group for the Autumn Nations Series.

The Lelos have only squared off against France once in their history, losing 64-7 at the 2007 Rugby World Cup, although a lot of their squad ply their domestic trade in the French Top 14.

Georgia competed in the Autumn Nations Cup last year but Maisashvili felt they were missing some key men for that competition ¬– not the case this time round.

“For the first time in the last two years, we have gathered the most optimal composition,” explained the coach. “In camp, we have almost all the players we wanted to see at this point – only Jaba Bregvadze could not arrive.

“It is important that the players heal their injuries and come back to us. It is nice to see everyone together after a long break.

“It is also nice that most of the players have enough playing time in the clubs and are in good shape for the next matches.” 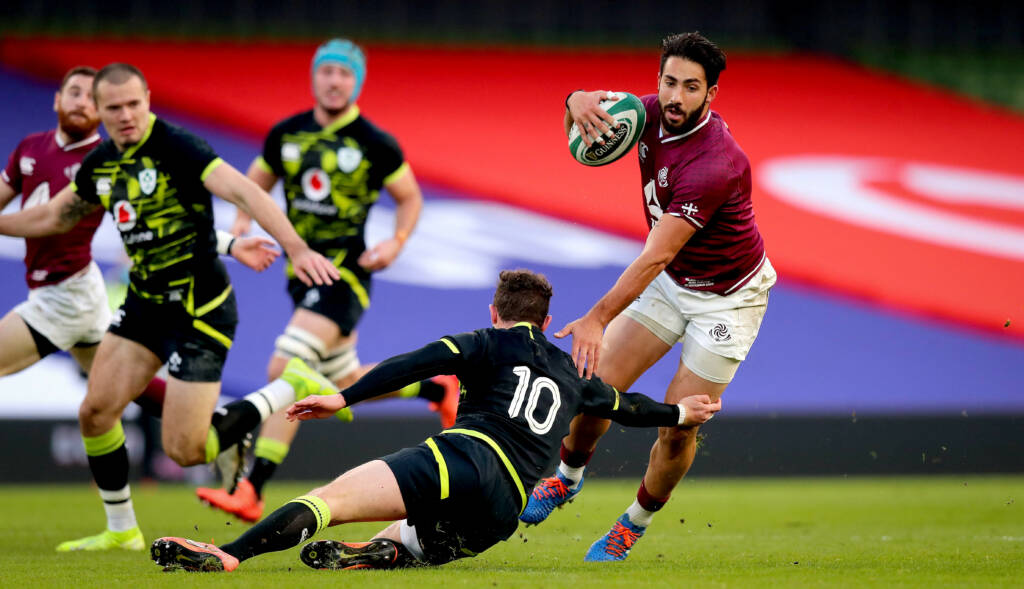 The squad has plenty of experience scattered throughout, with the likes of front-rower Shalva Mamukashvili, centre Merab Sharikadze, winger Sandro Todua and full-back Lasha Khmaladze all having over international 75 caps.

Sharikadze skippers the side, while Giorgi Kveseladze is also included after lighting up the Autumn Nations Cup by scoring the Try of the Tournament against Ireland 12 months ago.

And with most of the squad receiving regular playing time at club level, Maisashvili is feeling quietly hopeful.

“It is good that we have passed the preparatory stage together and we are in a better position in this respect than in previous years,” he added.

“In 2017-2019, the playing time at clubs was low, which was followed by a pandemic. It is good that the picture has changed this year and the problem of non-playing is no longer so acute.”