Wayne Pivac provided an encouraging update on Alun Wyn Jones after the Wales skipper went off injured in his side’s 54-16 defeat to New Zealand in Cardiff.

Jones led out the hosts for his 149th cap at a sold-out Principality Stadium as he passed former New Zealand captain Richie McCaw’s record total for one country.

But the legendary lock was forced off in the 18th minute after tackling Jordie Barrett, having injured the same shoulder that he damaged while playing for the Lions against Japan.

Jones made a miraculous recovery from that injury in the summer to lead the Lions in their three-Test series in South Africa, which ended in a 2-1 defeat for the tourists.

Ross Moriarty also left the field during the loss to the All Blacks on Saturday and when asked about their respective injuries, Pivac was able to provide positive news on Jones. 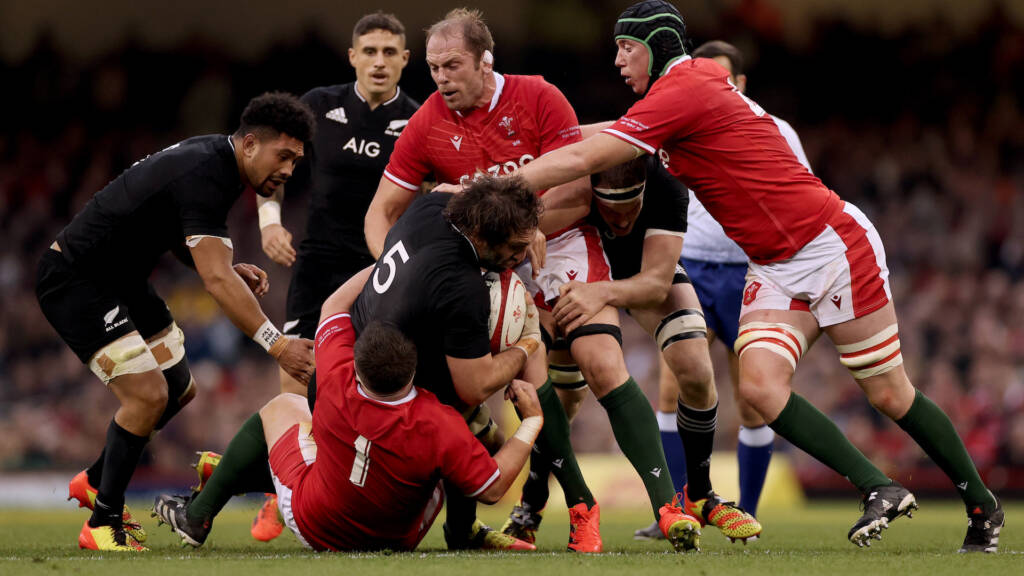 “He’s in pain relief at the moment. So, it doesn’t look too good.

“Al, talking to him in the changing room, he feels pretty good. He’ll get a scan as a precaution. He’s not in any discomfort. At the time, with the previous episodes, he couldn’t play on.

“But he’s feeling a lot better so that’s a plus.”

Wales were searching for their first win against the All Blacks since 1953 but trailed by 12 points around the hour mark, before the visitors pulled away for a comfortable win in Cardiff.

Johnny Williams scored the only try for Wales and Pivac admitted that his side let the game get away from them in the closing stages after keeping in touch with the All Blacks for an hour.

“It was a disappointing scoreline in the end. Getting that try and getting back to 28-16 with about 18 minutes to go, it was really important we took the kick-off and exited well,” he added.

“We gave away a very silly penalty. Those are the fine margins against good sides like New Zealand. You do that, a silly penalty for being 20 metres in front of the kicker, it’s inexcusable.

“Chuck in a couple of intercepts and the score blows out.”