Italy begin their Autumn Nations Series campaign with a daunting game against New Zealand and new skipper Michele Lamaro claims physicality and defence will be the Azzurri’s focus.

Italy have never beaten the All Blacks, with the most recent clash between the sides coming in Rome three years ago, but there is a feeling of excitement around the new-look Azzurri.

Kieran Crowley, who ended his tenure as Benetton coach by leading them to a brilliant Guinness PRO14 Rainbow Cup success earlier this year, takes the reins from previous Italy coach Franco Smith and 23-year-old back-rower Lamaro is the new captain, replacing Luca Bigi.

Optimism abounds ahead of the Autumn Nations Series, with the skipper relishing the challenge the All Blacks will pose on November 6.

“We are really excited, we’re really proud of the new occasion we have,” said Lamaro. “There are a few new faces, a new coach and obviously a new captain.

“We want to get better and better every game – it’s important for us to start with the right step and then move forward as well.

“They are an incredible side. If you want to be competitive you have to be really, really physical and really competitive in defence first of all.

“Obviously they will score points but the main thing is to stay together in defence and take your opportunities.”

“If you keep doing the same thing, you will get the same results. So we have to get tight and do something different.”@Federugby captain Michele Lamaro 🇮🇹 pic.twitter.com/8DDZ2qkoZm

The game against New Zealand will take place at the Stadio Olimpico in Rome – a venue Lamaro grew up just ten minutes away from but has never played at in front of fans.

Covid restrictions mean it may not be at full capacity but the Rome native is still excited about the prospect of running out in front of the Azzurri faithful. 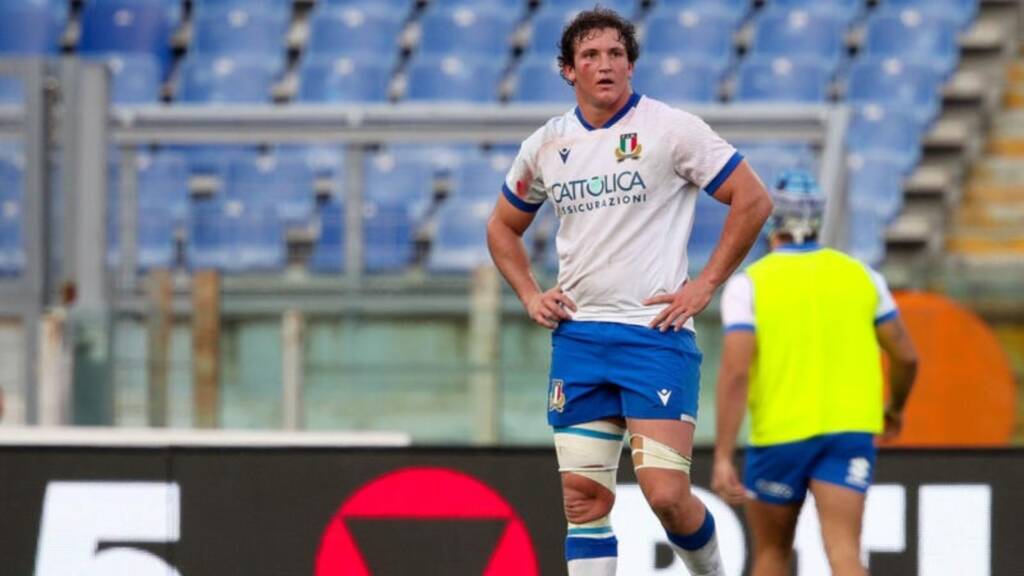 “There’s going to be a lot of fans in the Stadio Olimpico,” Lamaro added. “It will have an impact on the game and the energy you put into it.

“I’m really happy about it. I’ve never played there with the fans there, so I’m really excited to experience it.”

Lamaro only made his Italy debut last November but has been earmarked as a cornerstone of the Azzurri project moving forward and entrusted with the captaincy by Crowley.

The 23-year-old did skipper Italy at Under-17, Under-18 and Under-20s level, as well as being co-captain at Benetton and will look to bring that experience to bear.

He knows Crowley well after working under the New Zealander at Benetton and is excited to link up on the international stage.

“I enjoy working with Kieran,” said Lamaro. “He is someone who makes you love the sport and enjoy every single day.