Ryan Baird will be looking to confirm 2021 as his breakthrough year on the international stage and the Ireland star will be one to watch throughout the Autumn Nations Series.

Still just 22 years old, the lock only made his Ireland debut in the Guinness Six Nations at the start of this year, coming off the bench in a win over Italy.

He impressed in Rome and also appeared in victories over Scotland and England later in the Championship before making his first start against USA during the summer.

Standing at 6ft 6in, Baird was actually a winger in his younger years and occasionally a fly-half until he was 15, blessed with natural speed, agility, strength and a desire to run at the opposition.

Playing at St Michael’s College in Dublin, he honed his raw talent, before eventually moving to the Leinster academy ahead of the 2018-19 season.

As a St Michael’s alumnus he was in good company, with Max Deegan, Luke McGrath, Ross Byrne and Ronan Kelleher all graduating to play Test rugby

By the end of his first club campaign, he had made his debut for the Dublin based province, in a 14-13 defeat against Ulster. 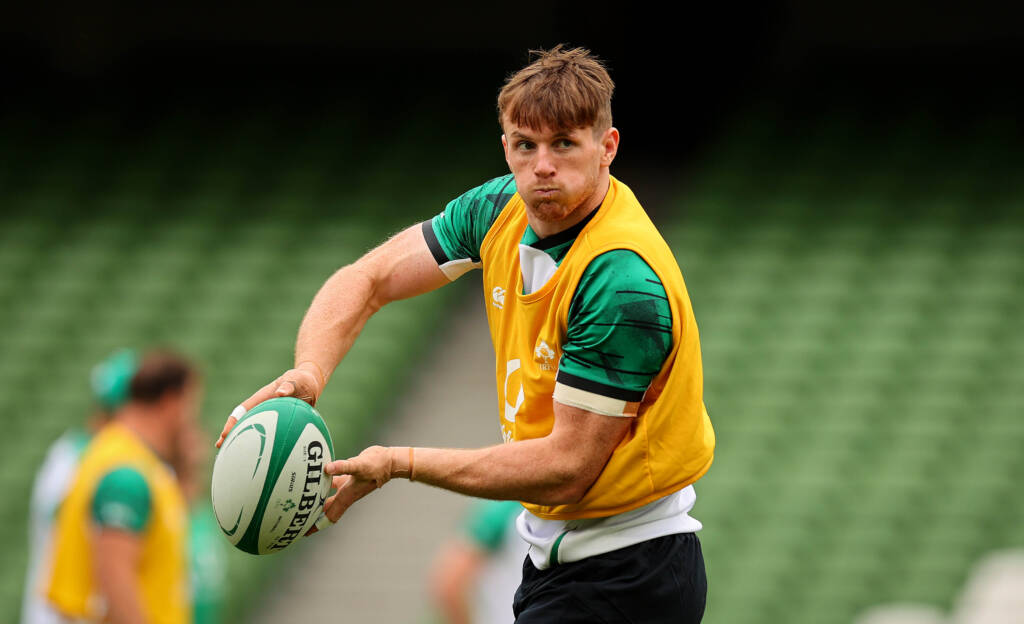 Explosive power has become a trademark of his game, ever since a stunning hat-trick against Glasgow in the Guinness PRO14 back in February 2020, with one score a remarkable burst from 45 metres out.

This was only his second start for Leinster, yet Baird already looked a star in the making. He is among the fastest forwards in world rugby, a powerful weapon for the Irish team to have in their arsenal.

Baird’s incredible athletic build is perhaps less of a surprise when you learn of his background.

The Dublin native has previously spoken of the importance of his teenage athletic career – taking part in the 4x100m relay, shot put and other throwing events. He even went to the All-Ireland finals twice for the shot, finishing fourth and second respectively.

His father Andrew was a rugby referee and played for Old Wesley RFC, while both his younger brothers are good players in their own right.

Cameron Baird has played for the Leinster schools team, while Zach, a hooker, was captain at St Michael’s as they won a Schools Junior Cup.

Every summer holiday when they were the younger, the three brothers used to compete for a multi-sport ‘Baird Cup’, experiences that have moulded the fighting spirit in Ireland’s newest star.

After becoming such an important player for Leinster over the past couple of years, the next step is to become indispensable for the Ireland team under Andy Farrell.

The head coach has a talented list of second-rowers to pick from but Baird’s impressive start to the season for his club, coupled with dynamic performances in the summer Tests against Japan and USA, should mean he gets a real opportunity during the Autumn Nations Series.

Baird and his Ireland teammates will face three big challenges across November. They take on Japan and Argentina, two games that sandwich a huge clash with New Zealand, with all three set to be in front of a capacity crowd at the Aviva Stadium in Dublin.