The All Blacks put in a ruthless performance in Washington, scoring 100 points against a stunned USA in front of a bumper 50,000 spectators at FedExField.

Within the first minute, the All Blacks had already crossed the whitewash, with a sublime offloading game causing serious problems for the Eagles throughout.

Luke Jacobson was the scorer of the opener, which came after just 28 seconds, after some slick handling down the left-hand side by Damian McKenzie, George Bridge and Finlay Christie.

Before long the All Blacks were back again, and after 20 minutes, Ethan de Groot, Will Jordan, McKenzie and Jacobson again had dotted down and it appeared the USA were in for a long afternoon.

However, whilst there were further tries for New Zealand through Richie Mo’unga, Jordan again, Angus Taavao-Matau and Quinn Tupaea, the USA did make history themselves by scoring their first try against New Zealand, with scrum-half Nate Augspurger showing incredible footwork to get past McKenzie and cross the whitewash right on half-time. 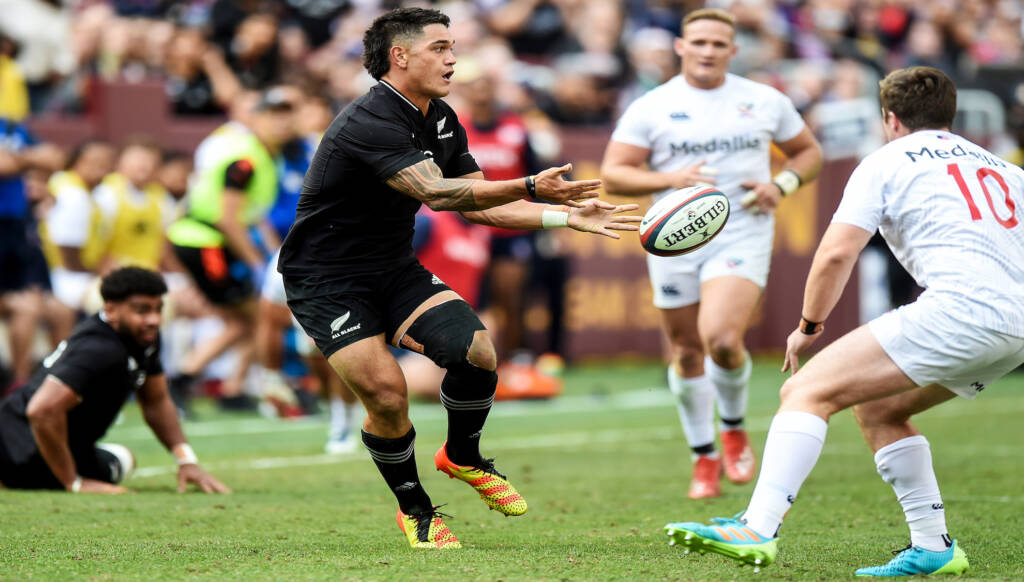 The Eagles were able to score a second too in the second half, with Ryan Matyas finishing excellently in the left-hand corner, after the All Blacks ran in twice more through Taavao-Matau and David Papali’i.

Anton Lienert-Brown was able to get over the line just seconds after coming onto the field after a fantastic offload from Tupaea, and soon the New Zealand bench proved just as effective as those who started, with Beauden Barrett and Dane Coles scoring.

While the clock was in the red, the All Blacks had notched 97 points already, and after some more unstoppable offloading, TJ Perenara ran in under the posts as New Zealand reached 100 points, and in doing so comfortably beat their previous best of 74 points against the USA, set in Chicago in 2014.