There is no reason why Toulouse’s Matthis Lebel cannot be the breakout star of the Autumn Nations Series over the coming weeks.

The 22-year-old has quickly become one of the game’s hottest properties over in France, where he has made another flying start to the season after a brilliant year in 2020-21.

The flying wing was a crucial part of the Ugo Mola’s team, and was the top try-scorer for Les Rouge et Noir, in an historic campaign. 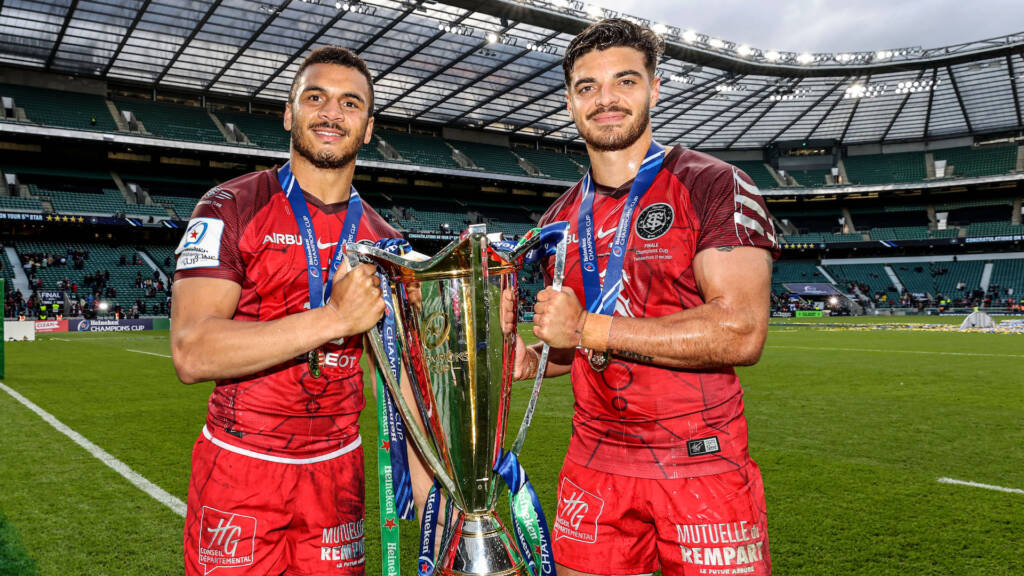 His 15 tries in 28 matches in all competitions, highlighted his importance to the French giants and meant a call-up for national duty became a virtual inevitability rather than a possibility.

It was not only quantity, but quality of his end product. His score against Castres in April won the Top 14 try of the season award, a brilliant team effort but finished off emphatically by Lebel.

He was only narrowly pipped to the French breakout player award last season by Perpignan full-back Melvyn Jaminet, who is also in the French squad for the autumn schedule.

Lebel first joined the Toulouse training development centre back in 2014 and has never looked back.

Having made his debut for the younger French side back in 2018 as well as for his club, the talented youngster is now primed and ready to burst onto the senior international stage.

France are aiming to bring through more youth into the XV ahead of the 2023 World Cup, and Lebel fits the bill perfectly.

He also enters a team that is desperate to win the 2022 Guinness Six Nations after a runners-up spot in each of the last two editions as well as an Autumn Nations Cup final defeat last year.

With winger Teddy Thomas struggling with a hamstring injury, Lebel’s arrival into the squad could be perfectly timed.

His pace and agility will make him a problem for backlines opposition across Europe. Make no mistake – this is someone with a very bright future in the international game.

A mouth-watering clash against New Zealand, on November 20, will be the perfect test for Lebel against the best in the world.

He will also have opportunities to impress against Argentina and Georgia.