Ireland have announced their squad for the upcoming Autumn Nations Series.

Andy Farrell’s squad of 38 players contains a mix of returning experienced players from the Lions tour, as well as some of the promising young talent that featured during the summer Tests against Japan and USA.

Ireland were victorious in both those matches and were particularly impressive in the 71-10 demolition of USA at the Aviva Stadium.

Captain Johnny Sexton has 99 caps to his name and is likely to make his 100th cap for this country against Japan.

The squad sees six of those who won their first Irish caps in the summer retain their places in the squad, with Robert Baloucoune, Harry Byrne, Gavin Coombes, James Hume, Tom O’Toole and Nick Timoney all called up.

Uncapped Leinster duo Dan Sheehan and Ciaran Frawley are also included, while Simon Zebo is named in an Ireland squad for the first time since June 2017.

Tadgh Furlong, Jack Conan, Connor Murray, Bundee Aki, Tadhg Beirne, Iain Henderson and Ronan Kelleher all featured for the British and Irish Lions in the summer and are all welcomed back into the Irish squad for this Autumn Nations Series. 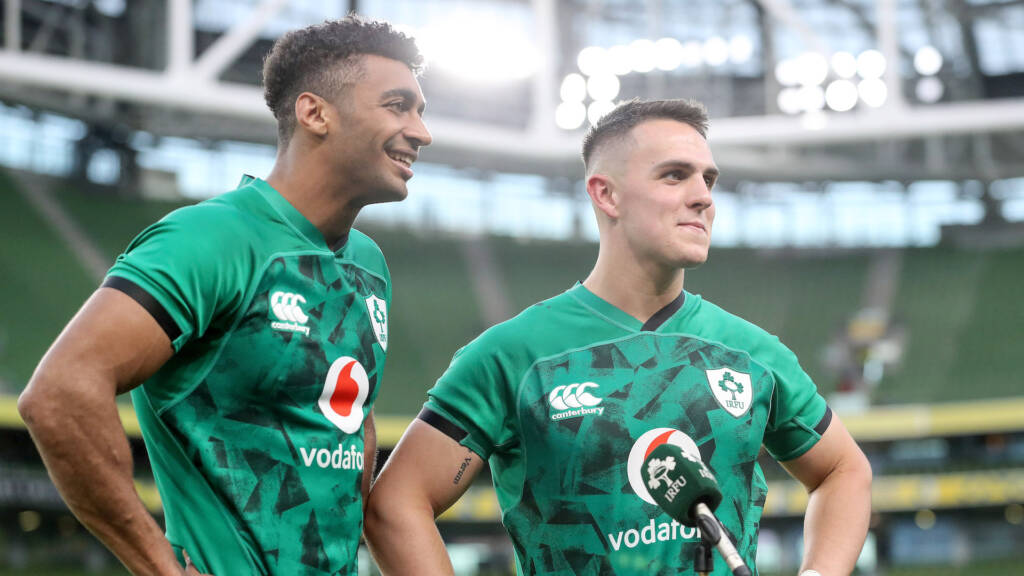 Farrell said: “It has been a short lead into this international window but that is the challenge, to get back up to speed quickly and build on the performances from the Six Nations and the Summer Tests.

“This is the start of an exciting period for the group as we begin to build towards the Rugby World Cup in France.

“In September we got together and mapped out what was coming up in this window, the exciting fixtures that lay ahead in the next 12 months and beyond that the opportunities to improve as a group over the next five windows we will have together.

“In a few weeks’ time we will face an exciting and well coached Japan team who showed in July what a dangerous team they are.

“New Zealand dominated the Rugby Championship losing just one game while Argentina are battle hardened from playing the southern hemisphere’s Big 3 week in week out over the past two months.

“It would be fantastic to play in front of a full house at the Aviva Stadium. We had small crowds back in for the games in July and even that made a huge difference to the team and the atmosphere in the stadium.”

Ireland have had their fixture against USA in Las Vegas cancelled due to the American Covid rules, but they do have three massive fixtures at the Aviva Stadium to look forward to.

They host Japan on 6 November in a game which thrilled in the summer as Ireland narrowly overcame the Brave Blossoms 39-31 to avenge their 2019 Rugby World Cup defeat.

Following the Japan game, Ireland host New Zealand on 13 November, in a repeat of the 2019 Rugby World Cup quarter-final, the first time the All Blacks have visited Ireland since their defeat in 2018.

Finally, Ireland meet Argentina on 21 November, with the Argentines looking to regain their form following a miserable Rugby Championship which saw them lose all six matches.

Ireland will have to watch out though as they were famously defeated by Argentina in the 2015 Rugby World Cup in Cardiff.