Australia’s recent resurgence has made the rugby world stand up and take notice, and as they prepare to open their Autumn Nation Series this weekend, we look at one of their stars to watch.

After losing all three matches against their near neighbours New Zealand to miss out on the Bledisloe Cup, the Wallabies won four matches in a row as they rose to third in the world rankings.

Two impressive wins against South Africa and two comfortable wins against Argentina, raised the eyebrows of many in the rugby world, with a few individuals in particular catching the eye.

Quade Cooper’s extraordinary return to Test match rugby took most of the attention away from one young man, who at just 23, looks set to form a crucial part of an exciting backline.

Len Ikitau, who made his Test debut against France in Melbourne in July, has since become an essential part of the Australian backline, earning 10 caps over the summer, playing in all six Rugby Championship matches.

He has featured for the Brumbies over the past three seasons, in particular in the most recent addition of Super Rugby, where Ikitau started all 13 matches, scoring six tries, including a superb solo effort against the Hurricanes.

His pace, power and agility make him incredibly hard to stop as South Africa found when Ikitau scored twice in the 30-17 victory for the Wallabies, slipping through two tackles to score his first try and being in the right place at the right time to score his second. 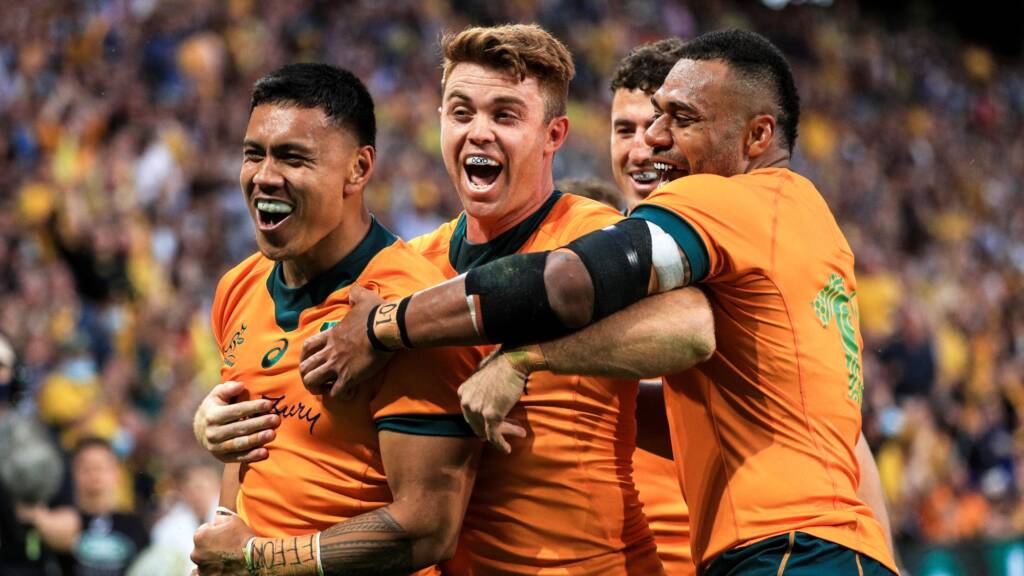 Ikitau, who only turned 23 at the start of October, appears to have formed a strong centre pairing with Samu Kerevi, with the young Brumbies centre settling in strongly at outside centre in a backline which will scare any side in world rugby.

The ball carrying presence of Kerevi and Ikitau in the Australian centres outside Cooper is a midfield that beat the World Champion Springboks twice, and it seems highly unlikely Dave Rennie will stray from that midfield for the Autumn Nation Series.

Australia, who travel to Europe for the first time since their disappointing trip in 2018, face Japan in Oita this weekend before their European games, where they face Scotland, England and Wales.

His likely battle with Manu Tuilagi at Twickenham is one that will set the hearts racing of rugby fans far and wide, as Australia look to win at Twickenham for the first time since knocking England out of the 2015 Rugby World Cup.

That possible clash with Tuilagi comes before a potential match-up against Welsh legend Jonathan Davies, giving Ikitau some real battles this Autumn, after he successfully proved himself against Lukhanyo Am and Anton Lienert-Brown in the summer.

It gives Ikitau a first opportunity to prove himself against Europe’s best, and he will certainly be someone to look out for on the famous turf of Twickenham, Principality Stadium and BT Murrayfield.